This website requires certain cookies to work and uses other cookies to help you have the best experience. By visiting this website, certain cookies have already been set, which you may delete and block. By closing this message or continuing to use our site, you agree to the use of cookies. Visit our updated privacy and cookie policy to learn more.
Home » HVAC Contractors Need More Workers to Meet Surging Demand
HVAC ContractingNewsBusiness ManagementTraining and Education

As part of its annual member survey, Nexstar asked, “What would you have done differently at the start of the pandemic?” The No. 1 answer, by a wide margin, was “increase recruiting.” Many expected a steep decline in demand when the pandemic started. Instead, the opposite happened — consumers started investing in their homes, with low interest rates and government stimulus checks providing the funds to do so. Many contractors say they could have taken even better advantage of this situation if they had more workers.

A labor shortage is nothing new to the HVAC industry, but the overall tightness of today’s market makes it even more pronounced. How to get more people involved with the HVAC industry was the topic of a pair of recent online events. One of these featured TV personality Mike Rowe. 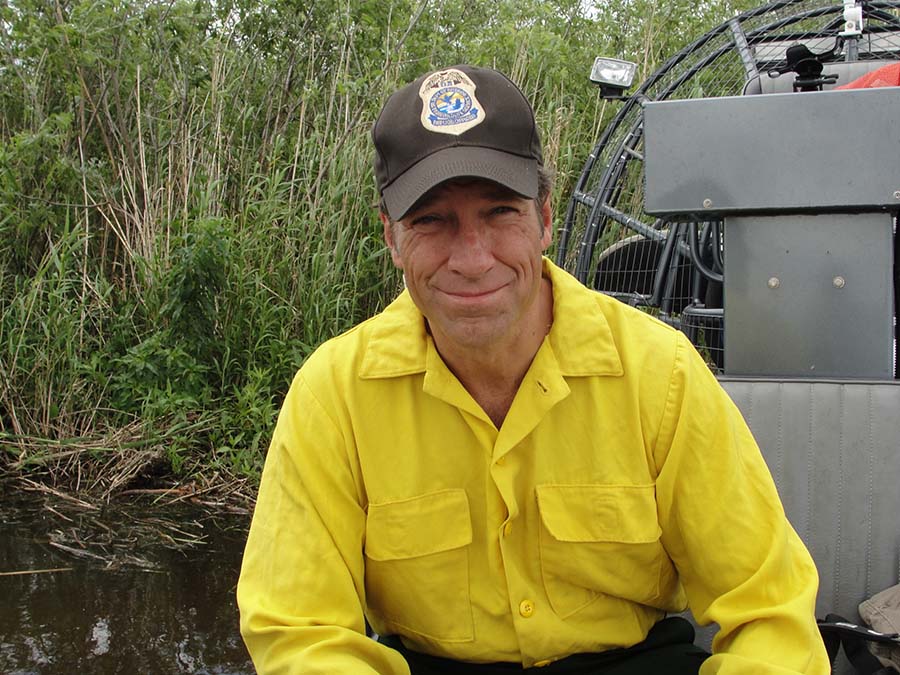 DIRTY WORK: TV personality Mike Rowe said the HVAC industry needs to tell its story “authentically and unapologetically” to attract more workers to the trade. (Courtesy of the U.S. Fish and Wildlife Service)

Rowe appeared as part of the workforce innovation panel hosted by ECMC Education. Rowe became famous hosting “Dirty Works,” a TV show that profiled difficult manual labor ranging from wood mill operation to camel ranching. He started a foundation in 2008 to promote the job opportunities provided by the trades.

Rowe has appeared before Congress and gave a TED talk to promote the idea of getting more people into the trades and how that benefits the economy as a whole. He said someone who starts with a vocational certification can grow into a mechanical contractor with 15 employees. The problem is overcoming what Rowe calls “stigma, myths, and misconceptions” about working in the trades.

“It’s going to be the work of our lives to turn this ship around,” Rowe said.

HVAC technicians use tablets as much as ratchets on many jobs. “It’s not your grandfather or father’s trades.”
Brett Wetzel
Training Manager, Coolsys

Trades as a ‘Consolation Prize’

Part of the problem lies with high school guidance counselors, he said. They’re rewarded in many ways based on how many kids they send off to college. Society often presents vocational training as a “consolation prize” for not getting a four-year degree. That’s often a disservice to those young people, Rowe said.

“I know so many people in heating and air conditioning who are making six figures and beyond,” he said.

The industry needs to tell its story “authentically and unapologetically,” Rowe said. He said it would take a major event to change people’s minds about the value of the trades and that event might have been the pandemic. HVAC contractors and others kept working with many segments of the economy shut down.

“Something has to go splat before it gets better,” Rowe said.

Brett Wetzel, training manager for HVAC contractor Coolsys, also appeared on the panel and said people misunderstand what working in HVAC involves these days. It still involves a lot of hands-on work, but the technological aspect has grown tremendously. HVAC technicians use tablets as much as ratchets on many jobs.

“It’s not your grandfather or father’s trades,” Wetzel said.

Worker expectations have also changed. During the Air Conditioning Contractors of America’s 2021 State of the Industry presentation, Barton James, the group’s CEO, discussed the areas of most interest to technicians looking for new employment. He said vacation and benefits ranked the highest, followed by salary and tool allowances.

Valura Brashears, production coordinator at Lifetime Heating and Cooling in Snohomish, Washington, said hiring is a majority concern for her fast-growing company. Many of the recent hires come from employee referrals, Brashears said. Lifetime set up a bonus program for employees who refer a new hire. One worker was responsible for adding six new employees.

“If you’re a great person, you probably have great people around you,” Brashears said.

Tina Harter, project manager for Gandy Installations in Langley, British Columbia, said her last two really good hires came via Facebook. Marketing for employees is the same as marketing for customers, Harter said. It all comes down to a company’s reputation. Brashears and Harter agreed they often prefer people with less experience because they come with fewer bad habits.

“Personalities don’t change,” Harter said. “You can teach the skills, but the personality is the personality. And that’s often the source of problems.”

Need to Invest in the Future

The pandemic has had an effect on recruiting beyond technicians. Harter said it helped when it came to hiring call center workers. People left the service industry, she said, and sought a place where they felt safer.

As the industry grapples with this shortage of workers, suppliers are taking steps to ease that pressure. Kirby Oscar, director of product development and partnerships, said during the ACCA presentation that his company’s development is driven by the need of HVAC contractors to do more with fewer technicians. Pete Fornieri, senior vice president of product at FieldEdge, said usability is the key word.

Even with better tools, HVAC contractors still need more employees. James said hiring and retaining will remain at the forefront going forward, in part because HVAC contractors expect the steady stream of work to continue. The survey found more than 80% of respondents foresee sales continuing to grow in 2022.

Several speakers said an increased investment in trade education would help a lot. Speaking at the ECMC panel, Trinh Nguyen, director of workforce development for the City of Boston, said skilled trades are especially helpful in boosting the prospects for women and minorities. But will take a conscious effort by governments and others to invest in developing these workers.

“If this country had prioritized and invested in skilled trades, we wouldn’t be having this labor shortage now,” Nguyen said.