Consultants Share Sales Fails And How HVAC Contractors Can Fix Them

Consistency, targeted approach are key to a better customer response

When Erik Wytrwal meets a contractor, it’s usually because of a problem.

“We’ve talked to the best guys, we’ve hired the best marketing consultants, and yet it seems like continuing to flush money down the toilet,” they tell him.

Wytrwal is a senior consultant for Stochastic Marketing, a contractor consulting company, and spoke recently at the “Lead Forward” virtual conference, held Sept. 9-10 by Women in HVACR (WHVACR). In his presentation, titled “The Endless Cycle of Wasted Money: Why Your Marketing Fails to Work and How to Fix It,” he laid out three big reasons why marketing programs fail: the offer, what happens on the phone, and what happens in the home.

Success comes down to a combination of effort from a contractor’s sales and service staff.

“Some say that there is no magic bullet, but there is,” said Danielle Putnam, president of The New Flat Rate, in her presentation “Sales vs. Service” at the conference, “but there is. The magic bullet is a four-letter word: w-o-r-k.”

The key to sales is not creating an offer that a potential customer can’t refuse, Wytrwal said. In fact, the general public will turn down even the greatest of offers from HVAC contractors simply because their systems are working fine. The key lies in targeting people who might actually be interested. Wytrwal starts every consultation by taking stock of data from the client’s invoices: demographics of people who they sell to, the areas they sell in, and how well they sell when they’re in the home.

“You want to focus your efforts on the right people, and then the right places,” he said. “With all of that demographic information, it's really easy to get to the bottom of who we need to market to.”

Wytrwal’s analysis is welcome news to contractors who really don’t want to add Snapchat or TikTok to their list of marketing platforms.

“There's only one group that buys the vast majority of what we sell, and that's the baby boomers,” he said. “At the end of the day, it’s the AARP crowd. And that changes how we market things.”

Next comes breaking out sales by zip code, then using that to predict which zip codes are most likely to invest in big-dollar purchases.

“What you'll find is that you're about seven times more likely to find a new customer in a zip code where you generated over $100,000 in sales, than in a zip code where you sold less than that,” he said. “You're also two and a half times more likely in that zip code to find an install. That's where you want your marketing efforts to be. So we can take these two pieces together, and we know we want to focus on people right around the age of 70, obviously, in homes that are … 10 or 15 years or older, and we want to put those two together with the zip codes where we sell the most. That's going to work for your mail, that's going to work for your television, and it's going to work for radio.”

The last part, of course, is the advertising piece itself, and Wytrwal said that “what you like is not nearly as important as what works.” Case in point: For years, a Florida HVAC contractor that Wytrwal once worked for ran a black-and-white quarter-page newspaper ad that he admitted was “ugly as sin … and worked tremendously.” At one point, they decided to update it to a gorgeous colorful ad that won an award from the local chamber of commerce.

“As I stood there accepting that award, I had to swallow hard and hope no one asked me what the results on the ad were, because this ad that had gotten me all this acclaim had netted me exactly zero phone calls,” Wytrwal said. “When we switched back to the black-and-white ad the next week, we got 35.”

The best television ads for the HVAC industry follow the old “Do you have a lawsuit for alopecia? — Have you been exposed to this chemical?” format and rework it along the lines of “Do you have a system over 10 years old?”

“It’s not flashy, and it works,” he said. The same goes for mail; it’s about trying to get the person to look at the ad a little bit further or watch just a little bit longer.

Whatever the offer is, Wytrwal urged persistence.

“After you've identified the right people, focused on the right zip codes, you cannot turn your marketing on and off,” he said. “From an offer standpoint, why marketing fails is that we tend to turn it off just as it would start to work for us the best.”

Generating new customers is about more than getting the phone to ring, “and this is where most contractors usually stop evaluating their marketing,” Wytrwal said. “They go, ‘OK, I have an offer. It did or didn't work.’ … but if your marketing’s goal is to make the phone ring, it is really important that you evaluate how well you’re doing on the phone.” 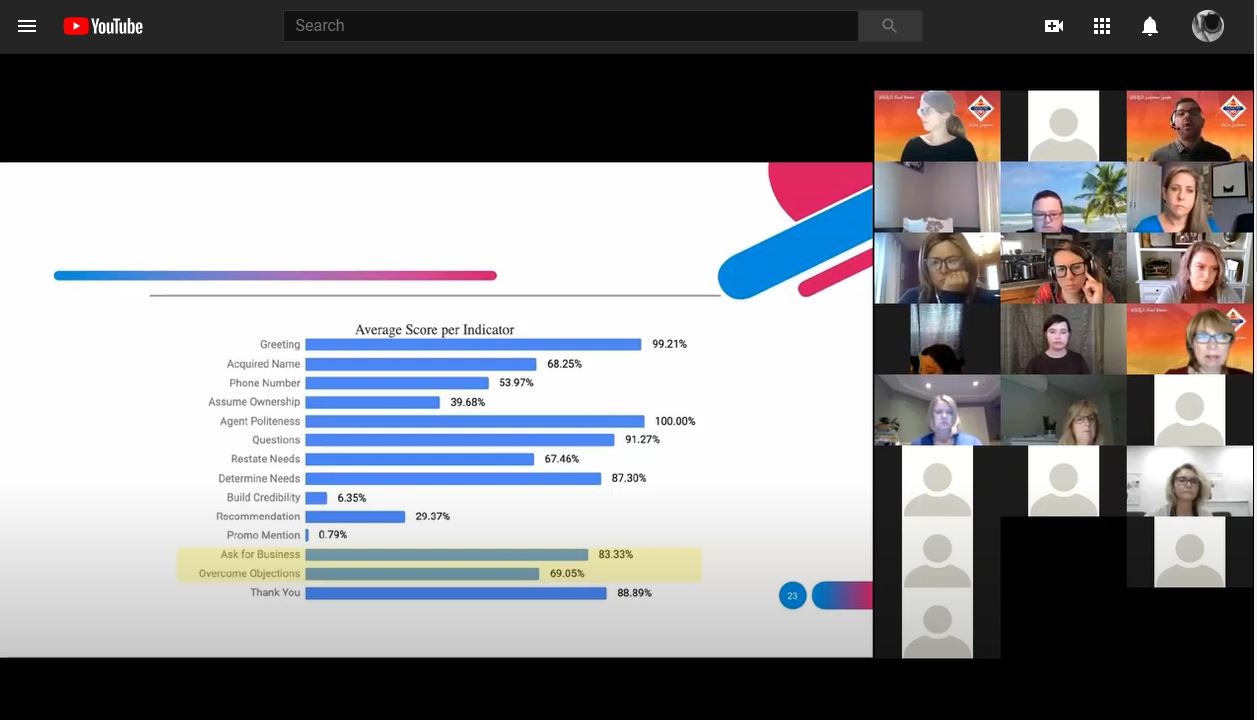 Asking a potential customer for their business and overcoming objections are key to a successful phone call, explained Eric Wytrwal, senior consultant for Stochastic Marketing, at the 17th annual WHVACR conference, held virtually this September.

Acing the phone call goes beyond being polite; the keys are asking for the caller’s business and overcoming objections, he said.

“When we have run analysis for companies and then they have fixed these two items, their number of leads has gone up 50 percent,” he said. “So if you want 50 percent more leads in your business, the next 30 seconds, I'm going to talk about the most important thing you can have.”

“Selling rule No. 1: Everyone hates it when you try to sell them something,” she said. “Selling Rule No. 2: The royal road to a person's heart is to talk about the things they treasure.”

Putnam suggested writing out and role-playing a sales script, whether it’s on the phone or at the door, and practice before talking to customers in real life.

“To marry sales, service, and marketing, [employees] have to always remember the golden rule, which is to make it about them,” she said. “Answer the phone by saying, ‘I'm glad you called; you called the right place, and I can help you with that.’” This will demonstrate “even if you don't know the answer, you're going to find the person who does.”

Play To Your Strengths

Once the appointment is booked, Wytrwal said, send the right technician to the right call. Some people are better with certain demographics, such as seniors. Some can fix anything, but if the goal is to sell a new unit, the technician on that call should be the one who can sell anything.

The last part — finding opportunities in the home — is where most marketing fails, Wytrwal said.

“Honestly the number one thing that drives people away from good marketing is they don't understand that the problem isn't the marketing and what it produced, but their inability to produce in the home,” he said. Example: A technician goes out to fix a 20-year-old system, extending its lifespan two or three years, then billed the homeowner and left. What went wrong?

“He was there for over an hour and a half,” Wytrwal said. “He saw a system that was the perfect age. He didn't sell me a new unit. He didn't mention a new unit. He didn't even sell me an agreement. So he had no chance of getting back in my house. A few months later, when the system finally breaks down and I have to buy a new system, I don't call him back. Why? Well, I wasn't happy with the quality of his work” — because even after the fix, the system broke down.

“Ask for the business when you’re in the house,” he concluded. “How many of you have talked to your technicians when they come back? And the question you ask them is, ‘Did you actually ask them if they wanted to buy the system?’ Because I'm going to guess if your closing percentage is low, the answer is no. It is the most common problem: The technician chickened out at the end, or the salesperson chickens out at the end, and they just send an estimate and they count that as asking.

“It is better to hit 6,000 people 10 times than 60,000 people once over the course of a year,” he said. “You will get a much, much higher response. So focus your marketing that way. You have to ask on the phone, and you have to ask in the house — and that's where you get the sale. Consistency is everything.”