Contractors had reason to be happy this summer. Record hot weather scorched much of the U.S., according to a recent report from the National Oceanic and Atmospheric Administration (NOAA), which stated that summer temperatures even exceeded the record heat experienced during the 1936 Dust Bowl. In addition to the unusually warm weather, demand remained strong from consumers who are still spending a large amount of time at home due to the pandemic. Many of these homeowners saw this as the perfect opportunity to replace aging equipment with units that will improve comfort, energy efficiency, and IAQ.

That demand is partly reflected in recent reports from HARDI, which noted that for June, the average sales performance by the group’s distributors increased by 22.1% and in July, the increase was 9.3%. Contractors say that demand carried through the rest of the summer and is likely to continue into fall and winter as well — if they can obtain the equipment.

Equipment sales this summer at Meade’s Heating and Air in Sterling, Virginia, were fantastic, said Ben Merrifield, the company’s vice president and co-owner. That is very happy news for Merrifield, who opened the company last February at the beginning of the pandemic.

“As a relatively new business, we cannot complain at all — our business is doing really, really well,” he said. “Part of it is because my business partner and I have been in the industry for a long time, so we have a lot of knowledge. But this summer was way busier than last year, and from an install perspective, we had no blank days this summer. We’ve been really fortunate to keep our guys really busy the whole time.” 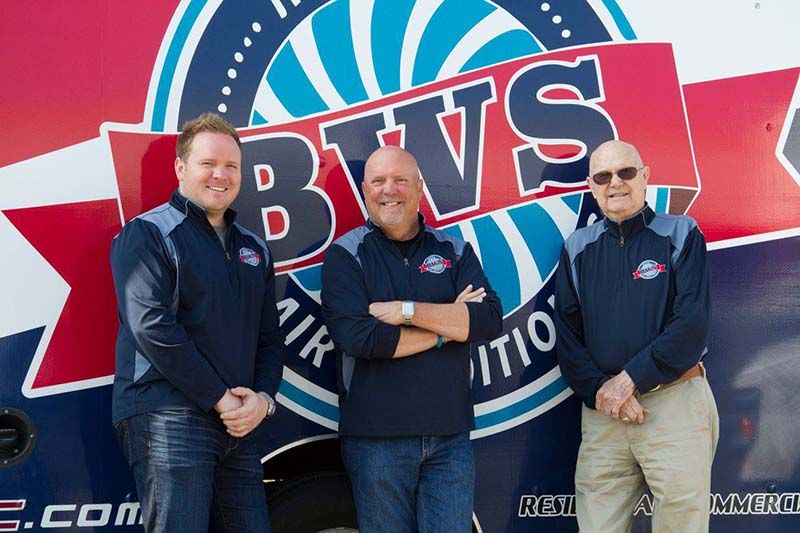 “It was hot very early for a long stretch, which helped get things going,” he said. “We had record revenue months in June and July as a company, which is always a huge win. July and August were a little milder, and by that time, systems that were strained for a long period of time had already broken or been replaced. All in all, though, we had a great air conditioning season.”

However, there were also challenges — namely, finding enough technicians to install and service all that new equipment.

“It is such a competitive space as is, and then you throw in the enhanced unemployment benefits on top of that, and there wasn’t a ton of motivation,” said Strandberg. “But the biggest issue I noticed was the shift in mentality of the workforce in general. It went from being fortunate to have a job at the beginning of the pandemic to, in recent months, if there is any part of their job description people don’t feel like doing, they will just move on to the next company. It makes accountability very hard.” 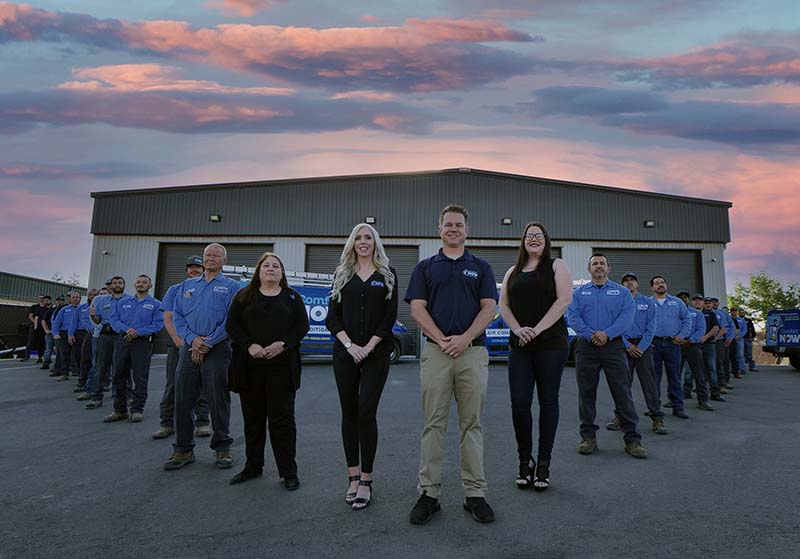 The hot weather on the West Coast also helped boost sales at Comfort Now in Visalia, California. Company owner, Dustin Miller, said that sales were up 32%, thanks to the strong demand that was driven by very warm weather.

“It has been a great summer for us,” he said. “While we were shorthanded on experienced technicians, we were able to hire unexperienced help who were motivated to learn and thankful for the job. As a result, every job that was sold was completed, and we did not have to turn down any jobs.” 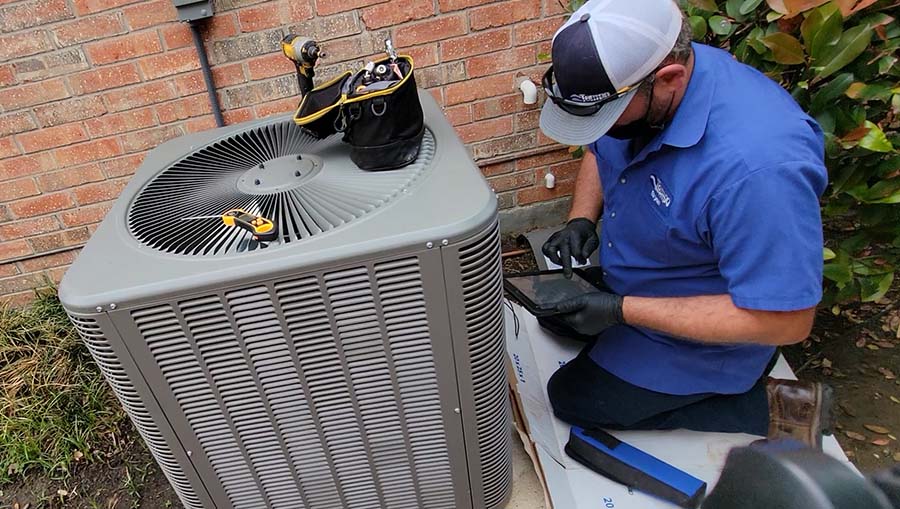 At Tempo Inc. in Irving, Texas, weather did not move the needle much in the add-on/replacement market, but new construction created extraordinary demand, said Brian Mount, company CEO.

“Single-family new construction was in high demand in our market, and we saw exceptional growth in the range of 25% to 30%,” he said. “Add-on replacement was not as hot, and we had a relatively flat year for existing homes. We were shorthanded, but we have struggled with labor for the past five years, and I do not see it getting better.”

Mount noted that while his company did not have to turn down jobs due to the labor shortage, equipment delays sometimes caused homeowners to go with other HVAC contractors who could get the job done sooner.

Merrifield agrees that coils are hard to come by, as are some condensing units, zoning components, and water heaters. In addition, he’s had difficulty obtaining copper and other supplies. But he said the shortages — along with the numerous price increases from OEMs this year — were also a blessing in some ways, in that they encouraged customers to buy equipment instead of waiting.

“A lot of people were on the fence at the beginning of May, and they’d tell us that they were going to wait until fall to buy a unit, when they thought it would be cheaper,” he said. “We had to explain to them that we don’t do dynamic pricing, so it doesn’t matter whether they bought now or later; our price would be the same. But not only may the equipment not be available then, the cost was definitely going to go up. In fact, for the brand we carry, we’ve had three price changes this year, which has increased equipment costs by about 20%. When we explained that to them, as well as the fact that the equipment may not be available later, they were usually ready to move forward with the purchase.”

Due to the shortages last year, Miller made sure to fully stock his warehouse this year, which made it possible for his company to keep installations moving along in a timely manner. Without that foresight, he said they would have had to delay many jobs, leaving holes in their install schedule. He also believes that the price increases and shortages have created a sense of urgency, which has helped motivate homeowners to invest in new systems sooner rather than later.

“Because of the uncertainty, availability, and price increase of equipment and parts, it is better to be proactive instead of reactive,” he said. “Informing the customer about the benefits of doing it now instead of waiting helps build the urgency of completing their project ASAP.”

When the cost of new equipment rises significantly, as it did this year, contractors often find that consumers choose to repair rather than replace their units. That was not the case this summer, as homeowners seemed prepared to pay more for new HVAC systems, even though the higher price caught some by surprise.

“I did not notice a huge spike in customers opting to repair rather than replace, even though over the course of the year, the cost of replacement equipment has gone up more than 25% and is continuing to climb,” said Strandberg. “However, I did notice that our average ticket price was higher, which has a lot to do with the price increases on equipment – and we are still receiving pricing increases from manufacturers. I will be very curious to see if we ever see any price decreases in the future. I have never seen one and doubt that we will, but the price increases came so fast and so steep, which was a huge shock to homeowners.”

Thanks to extensive news coverage about supply chain issues, however, most homeowners were already aware of the higher costs of raw materials, so most were ready to move forward quickly, rather than wait, said Strandberg.

As for the fall and winter seasons, many are expecting continued strong sales, including Miller. He believes that those contractors who know how to leverage their customer base will be able to turn maintenance and repair calls into replacement sells and have no problem selling equipment in the cooler months ahead.

Mount is also predicting a strong fall and winter for single-family new construction, as there is pent-up demand, and many homeowners are still on waiting lists for new houses. Things are different for the add-on replacement market, though, where he does not predict a strong increase in sales this fall.

“I believe the Delta variant spike will have an adverse effect on existing home replacement sales until the spike over,” said Mount. “I think people will put off some of their home improvements until the climate is safer for contractors to enter their homes.”

There are also some concerns over the availability of furnaces over the next few months. Merrifield has heard through the grapevine that the type of furnace he often recommends to customers may be in short supply this fall, and he is a little worried about what that may mean for customers.

“I think this winter is going to be a challenge, and I don't know what we're going to do,” he said. “We're either going to have to stock a bunch of furnaces and just hope that we can get them in, or we're going to have to look at different vendors. We can’t leave people without heat for three weeks in winter. Air conditioning is different, because we can usually offer a temporary cooling solution. When a furnace goes bad, the house gets cold really quick and pipes can freeze — the turnaround time on parts and equipment has to be much faster.”

Strandberg isn’t sure how the fall and winter will play out, but he hopes that equipment sales will continue to be strong.

“I am always hopeful for a great heating season,” he said. “In Minnesota, we are fortunate to get the extremes on both sides; however, our last heating season was disappointing, and it didn’t feel like the extreme cold ever really came. As much as I personally hate the cold, professionally, I am always rooting for the extremes.”