HVAC Contractors Need to Start Thinking About a Vaccine Policy

This article has been updated to reflect the current state of the COVID-19 vaccine, with numbers and approvals accurate as of Dec. 16, 2020.

The race for a COVID-19 vaccine has moved ahead at “warp speed,” with the two-dose Pfizer-BioNTech vaccine authorized Dec. 11 for emergency use — and potentially more vaccines to come. But even with FDA signoff, some people remain hesitant about receiving an inoculation.

This creates a tricky situation for small business owners such as HVAC contractors. There is no direct comparison to COVID-19 in terms of its ease of transmission and its high fatality rate. The closest comparison is the flu, which in bad years can kill tens of thousands of people. COVID has killed more than 300,000 in the U.S., due in part to lack of a vaccine. So can employers like HVAC contractors mandate that employees receive a vaccine?

The answer remains unclear. There is no doubt the government can mandate vaccination. That authority goes back to Jacobson v. Massachusetts, a 1905 Supreme Court case involving government-mandated vaccination for smallpox. Private employers also have the ability to mandate vaccinations in order to create a safe workplace, with some exceptions.

Most employers leave the choice on getting a vaccine to their employees. Those that mandate vaccinations usually operate in high-risk environments, such as healthcare providers. The coronavirus, however, makes every environment high-risk, including people’s homes. What happens if an HVAC contractor sends an unvaccinated tech into the home of two 80-year-olds who end up contracting COVID?

The issue becomes complicated by residential HVAC contractors’ status as an essential business. This means that in most states they were allowed to keep operating even during the most extensive lockdowns. Andrew Klaber, an attorney with Chartwell Law, said this places a special burden on contractors in two ways.

“Either they have a higher duty because they were deemed essential, or they received the benefit of being deemed essential so they could continue going about their business while others were deemed unessential,” Klaber said. “It seems arguably that if you are an essential business, the least you can do is to take extra precautions.”

So should these extra precautions include mandating vaccination? Not so fast, said Lindsay Ryan, an attorney with Polsinelli.

“It’s important...that we wait and see what guidance come out from public health officials,” Ryan said. 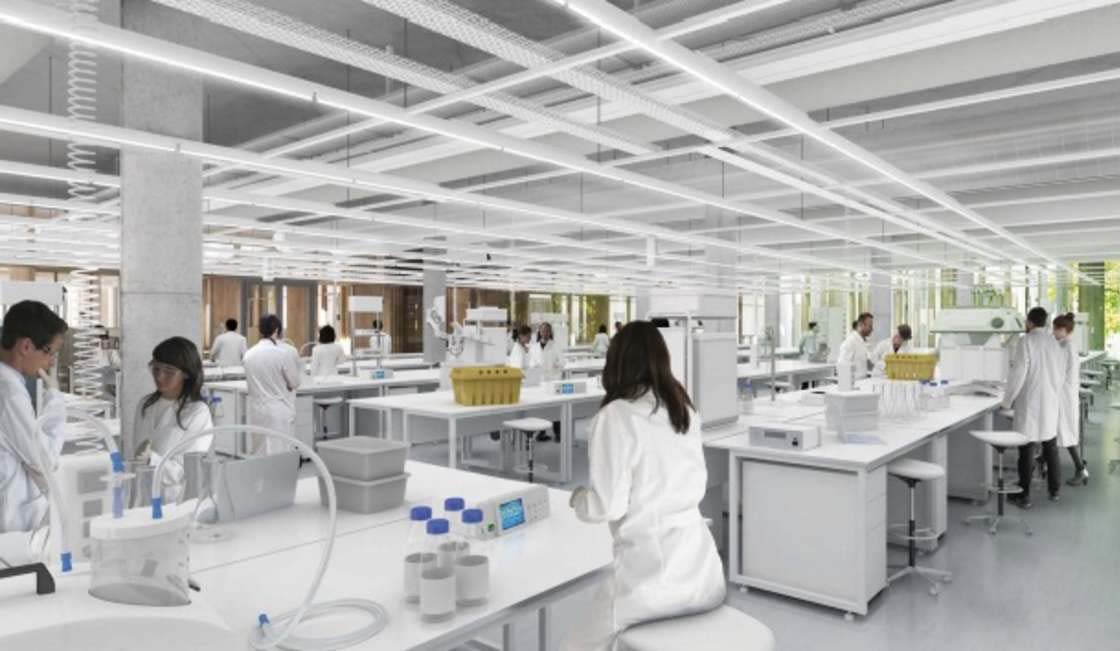 IN THE PIPELINE: Scientists work at AstraZeneca’s global research center. Pfizer’s vaccine was approved by the FDA in mid-December, and more vaccines could potentially be approved in months ahead.

That’s the advice the Air Conditioning Contractors of America (ACCA) is giving to its members.

“ACCA follows the recommendations of the CDC and is referring ACCA members to the CDC website for vaccine policy guidance," said Hilary Atkins, ACCA’s general counsel and senior vice president of finance and administration.

Public confidence in the vaccine has grown. Per a Pew Research poll in November, 75% of Americans have at least a fair amount of confidence that the research and development process will lead to a safe, effective vaccine for COVID-19, up from 65% in September. Six-in-ten Americans now report they would probably or definitely get a coronavirus vaccine if it were available today, compared with 51% in September.

This comes on the heels of analysis from clinical trials showing the leading vaccines are over 90% effective. Still, people are wary about being first in line; 62% say they would be uncomfortable. In addition, 21% of Americans are “pretty certain” they will not get vaccinated at all.

If the government vaccinates its essential workers, it becomes more difficult to argue against requiring HVAC technicians receive a vaccine, Klaber said. Still, some will object. There are only two legitimate reasons for granting an exemption under Title VII of the Civil Rights Act. One is a medical concern. This might include pregnancy or an existing autoimmune issue.

The other cause of exemption is a “sincerely held religious belief.” Kevin Troutman, an attorney with Fisher Phillips, said this goes beyond a philosophical objection to this vaccine or vaccines in general.

“Some of them don’t like to do it just because they don’t like the idea of a vaccine,” Troutman said.

The employee usually needs to belong to an established religious group with doctrine on medical practices, such as Christian Scientists. Some religious groups, such as Jehovah’s Witnesses, maintain a less clear stance on the subject, and arguing for an exemption becomes more complicated. State law also plays a part. Ryan said California, for example, has stronger protections for religious exemptions than the federal government.

Other state laws also create challenges to mandating vaccines. Oregon, for example, allows employers to offer a vaccine but bars them from making it a condition of employment.

Most states are more accommodating. Ryan said most employers will be able to make it requirement for their employees, including new hires. Ryan said asking for proof of vaccination before an employee starts is allowable under privacy laws.

Another challenge for employers could come from unions, Klaber said. Unions can use vaccination as an issue to take a stand for their members, especially those who object to getting vaccinated.

The other side of the issue comes from clients requiring vaccination from HVAC contractors as part of a contract. Federal and state government already dictate many terms for contractors, including wages and drug testing.

The best option for an employer is encouragement rather than requirement, Ryan said. They should educate employees about the risks of not vaccinating themselves. They should also always pay for the vaccination if necessary.

If employees still opt out of vaccination, HVAC contractors need to consider their alternatives. If it’s an office worker who rarely interacts with the public, this could include working from home. Accommodating techs proves more difficult. If an HVAC contractor does both commercial and residential work, non-vaccinated techs could work on job sites where they avoid human contact, such as rooftop units.

Don’t Promise What You Can’t Deliver

Some HVAC contractors might view a vaccinated workforce as a competitive advantage and use it in marketing materials. This already happens with claims of a drug-free workplace. Troutman warns against making promises that can’t be kept, because whether HVAC techs can get access to a vaccine right away is out of a contractor’s hands.

Developing a vaccine and creating enough doses for the general public are two different matters. In 2004, the U.S. faced a shortage of flu vaccines so severe that it became an issue in the presidential election, and President Bush advised those not in immediate danger to wait on getting a shot. Similarly, the CDC is prioritizing who gets the COVID-19 vaccine first. Per CDC guidelines, the first doses are being given to frontline medical workers, followed by people in nursing homes, and then essential workers, first responders, adults with COVID- 19 health risks, and the elderly.

As essential workers, HVAC contractors will likely have access to the vaccine before the rest of the general population. Now that a vaccine has moved from a hypothetical to a reality, employees will want to know the vaccination policy at their place of work. Given all the factors to consider, it’s a good idea for contractors to start thinking about it now.

“It’s better to have your plan and policy in place rather than do it on the fly,” Troutman said, “because when you do it on the fly, you’re more likely to overlook something or make a mistake.”