This website requires certain cookies to work and uses other cookies to help you have the best experience. By visiting this website, certain cookies have already been set, which you may delete and block. By closing this message or continuing to use our site, you agree to the use of cookies. Visit our updated privacy and cookie policy to learn more.
Home » Team Communication Apps Keep HVAC Contractors in Touch with Their Employees
NewsBusiness ManagementServices | Apps | SoftwareApps & Software

More contractors are turning to team communication software applications, such as Slack and Microsoft Teams, as a way to keep connected to their staffs. The apps combine many features of other communication tools ­— texts, emails, instant messages — and put them in a format designed for ease of use. Still, like any other communication tool, they need proper management to function properly.

The apps use common elements of modern communication, such as hashtags, emojis, and likes, which many users appreciate. At the same time, they create a focused flow of communication aimed at only relevant participants and focused on specific topics. HVAC contractors can set up specific communication channels, which reduces the deluge of different messages that often fill up an email inbox.

Colleen Keyworth, director of sales and marketing for Online-Access, makes adding this tool a recommendation for the contractors she works with. It appeals to all age groups and easily transfers between devices. This means a conversation can start on a computer, continue on a smartphone, and then move onto a tablet. 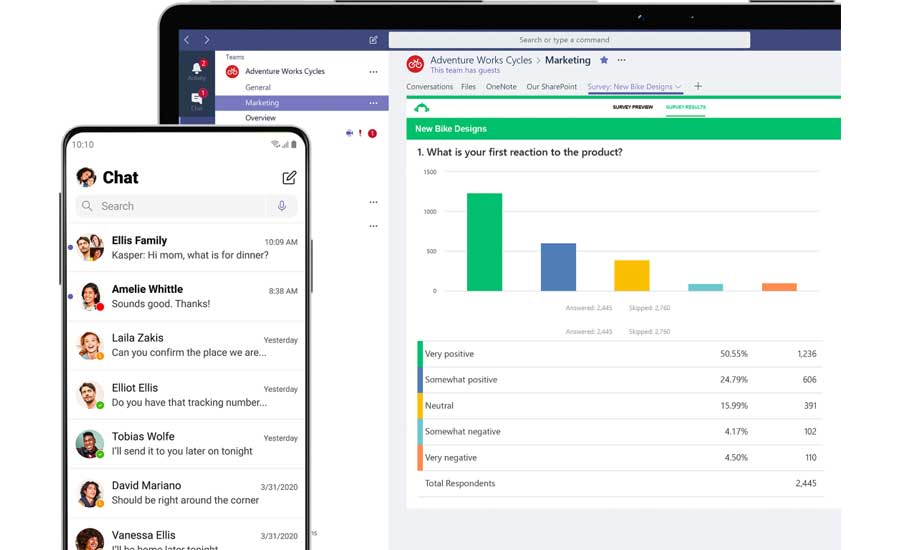 ON THE TEAM: Team communication software, such as Microsoft Teams, allows HVAC contractors and their employees to share files and troubleshoot problems.

Chris Crew, president of the Blue Collar Success Group, used Microsoft Teams when he was a contractor. He also recommends contractors use team communication apps, but he stresses the need to understand their best uses, just like any other communications tool. Otherwise, contractors become just as overwhelmed as they have been with emails, phone calls, and meetings. Crew said he knows a contractor who said he was in so many Slack groups he can’t get anything done. HVAC contractors need to make sure they can differentiate between something important and something that’s an interruption.

A main benefit of team communication apps comes from the ability to target messages. HVAC contractors can create groups that relate to specific positions. They might have one group for the whole company, one for sales, and another one for technicians. They can then create subgroups within those groups, such as a group for installation techs. HVAC contractors with multiple locations can also create individual teams for each of those. Crew had five locations and a group for each one. 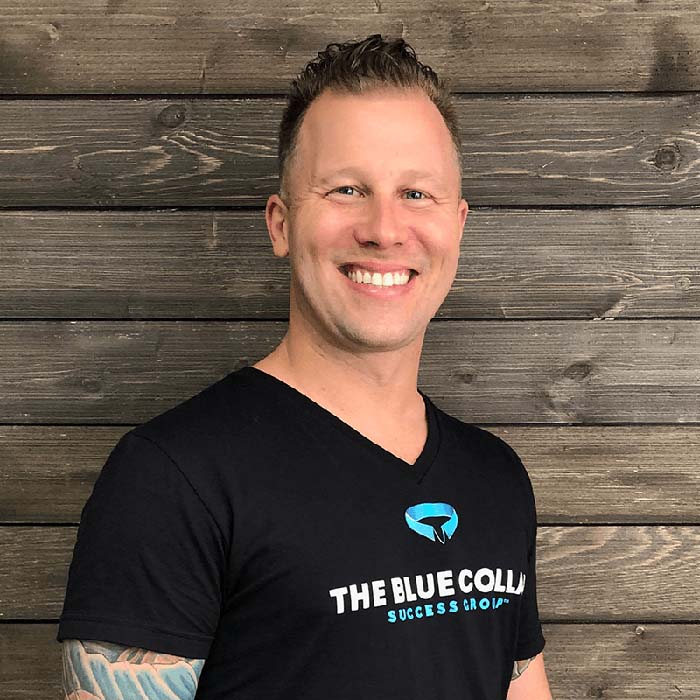 KEEP IN TOUCH: Chris Crew set up different groups for each of the five locations he ran as an HVAC contractor.

The ability to share information with a group, including videos, makes team communication apps valuable when a tech runs into a hard-to-solve problem. The tech can submit the problem to the entire group and even conduct a video call if needed. Also, if a tech does a follow-up call trying to fix a recurring problem, he can go through earlier communications and try to see what has already been tried.

Give Shout Outs, but Don’t Shout at

It also provides a teachable moment for contractors to show other employees how to do it right. Crew also liked to use team communication apps for friendly competitions that promote best practices, such as a truck-washing competition.

That means, in part, using it for shout-outs but not for shouting at people. Crew said that, as always, HVAC contractors should praise in public and discipline in private. Team communications apps can be used for general awareness, such as discussion of a safety issue, as long an no one is singled out.

Sometimes an HVAC contractor may appear to take a hostile tone without the intention. As with any written communication, wording can be misunderstood. Crew cautions against sending a message that can be taken out of context. For example, don’t send a message that reads “I just tried to call you. Call me back now.”

“Think about what you’re saying before you say it, because you can’t unsay it once it’s out there,” Crew said.

HVAC contractors also need to monitor what others say. The policies in employee handbooks should outline proper usage of team communication software, just as they do for other forms of communication. If there is an incident, the HVAC contractor should handle it directly rather than in the group, Crew said.

One reason that problems could arise is team communication software has less serious features to it, the kind commonly found on social media. Phil Mutz, owner of Moncrief Heating and Air Conditioning Inc. in Atlanta, said he has no problem when staff use these features, although some older employees grumble at times. He said it’s no different than when people would tack items to the walls of their cubicles or talk at the shop. Mutz feels it encourages camaraderie.

“To me, that’s a good thing,” Mutz said. “It’s the water cooler that service technicians don’t have.”

Some people try to use social media groups for the same purpose as team communication apps. Keyworth said it’s cheaper but less secure, and users are not able to share all files. Crew recommends against the practice because it asks employees to use their personal accounts for work. The flipside of this is that the business owns the team communication accounts.

Traditional managements systems are starting to incorporate team communication functions, although Crew said they remain limited. Regardless of the system an HVAC contractor opts for, the recent coronavirus outbreak shows once again the need for strong communication within an organization.

“Any study that’s ever been done on challenging times for a company, it almost always boils down to communication,” Crew said.