How you communicate signals the quality of your business

I’m sure you have witnessed this, as have I. Two parents come into a restaurant with their two kids, sit down — and for the next hour, the four of them spend the entire time on some type of an electronic device. Not a word of conversation, no discussions, just texting, phoning, playing games, or whatever. That is a very common sight these days. It concerns me because I believe the parents are not encouraging their youngsters to engage in interaction with other people. If the kids won’t even talk to their parents, then are they going to be comfortable talking to other adults?

I bring this up in the context of the HVAC business because I believe that as technical as we may want to become, our customers and associates still react to us better as people. A friendly smile, a handshake, and a few kind words can replace thousands of texted and emailed words. Don’t get me started on the problem of interpreting what someone means in a text or an email! The words say one thing, but the tone and the manor in which the words are spoken may give an entirely different impression.

The key for business owners in the future is going to be to make sure that we are employing and/or training our front line personnel (read: customer service representatives and service technicians) who have the skills to properly communicate with the world — and, more importantly, our customers.

I don’t believe I have ever received a note from someone telling me how wonderful the text or email was that they received from someone at our company. On the other hand, there is seldom a week that goes by that I don’t receive some type of nice comment from a customer regarding how well they were treated by one of our employees. By the way, I recommend the following highly. When I do receive a compliment, whether it is about the performance of our company in general or about a specific employee, I always make it a point to write that customer a personal letter thanking them for going out of their way to express their comments. I always feel really good when I receive positive comments from a customer. 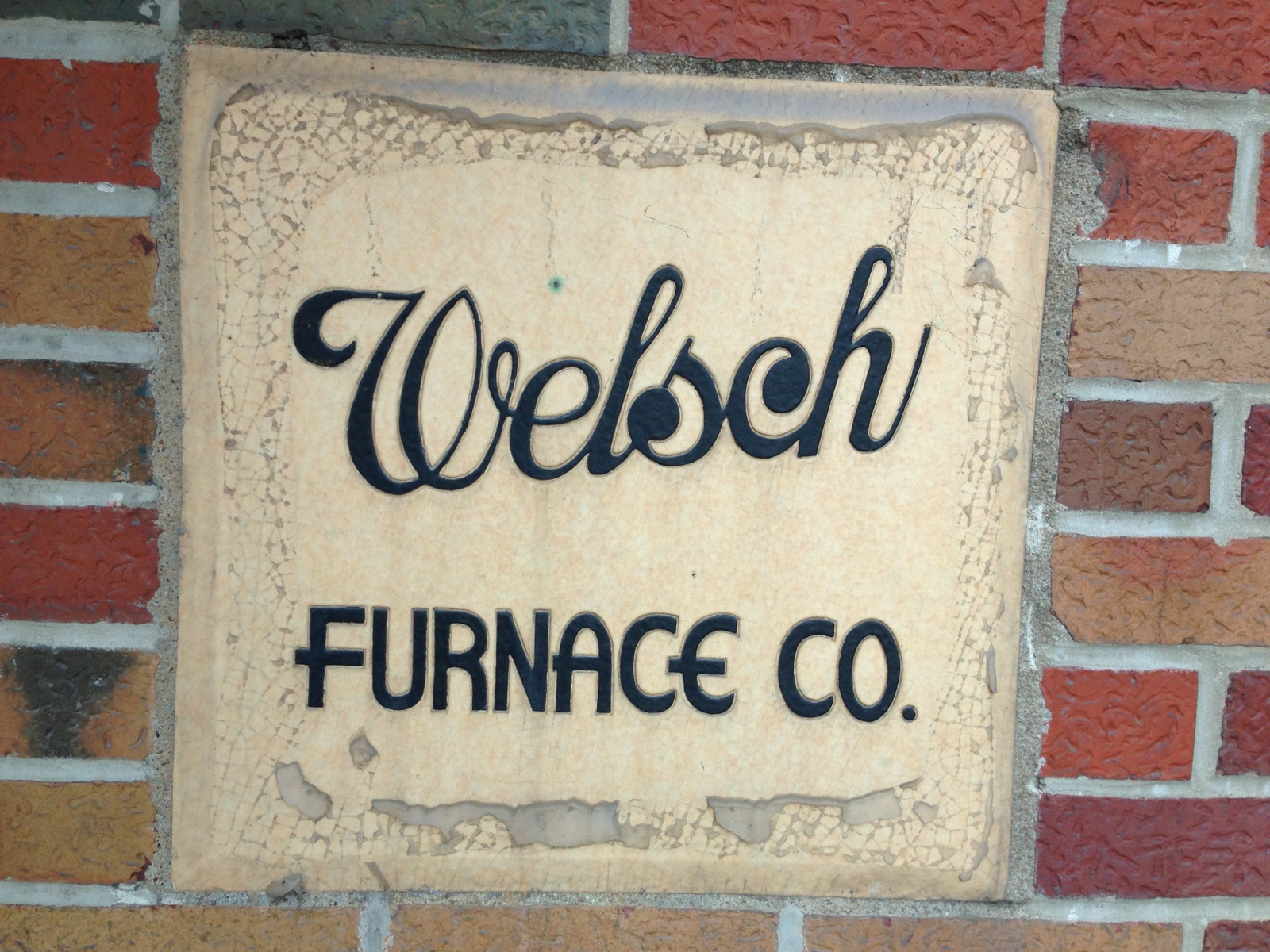 MONUMENTAL: Like this stone at the former Welsch storefront, a company’s commitment to true personal communication will endure.

The following is an example, of several of the things I have talked about. Recently, I was waiting for my food at a fast food restaurant and noticed three younger people sitting at a table, all talking to each other without an electronic device in sight. I immediately thought how nice that was. They were actually communicating. Other times while waiting at that restaurant, I have noticed groups like the family I described above, all on their devices. As I was waiting for my food, the young lady in the group passed me to refill her drink. I recognized the name on her coat as a company located practically next door to where our shop had been located from 1895 until 1970.

I asked her if that was the same company, and she said yes and that they were still in that same location, although they have expanded several times. We had a nice discussion, and I explained where our building had been and told her about the stone built into the wall by the front door with the company name on it, which is still there. She said she knew of the building, as she often took walks at lunch. Naturally, I told her to keep an eye out for the stone. We said our goodbyes and left about the same time for our cars. As I was preparing to leave, there was a tap on the window, and she was standing there in a drizzle and asked if I was Mr. Welsch. I said yes, and she said she had just come up to me to tell me that she had heard of our company and that we had a very good reputation.

Needless to say, that made my evening, and the next morning I wrote her a note thanking her and included this picture of the stone sign. This young lady obviously knew how to communicate and did so without the use of one electronic piece of equipment. I can’t overstate the importance of interpersonal communication and how important it is that our people practice it, every day, every call.

How to Use Maintenance Agreements to Keep the Revenue Flowing

The Best HVAC Contractors Plan Ahead

HVAC Contractors Need to Adapt to Succeed in the Future

Butch Welsch is owner of Welsch Heating & Cooling in St. Louis. You can reach him at bwelsch@welsch-heatcool.com.