“Social distancing” went from a rarely used phrase in the United States to the basis for just about everything people do right now. But how do service providers like HVAC contractors practice social distancing when their work often requires entering people’s homes? How do they protect the safety of their employees and the homeowners? Contractors across the nation have been coming up with creative solutions, often by working with manufacturers and other vendors.

By now, many contractors have most of their back-office employees working from home. Some are keeping technicians from entering the buildings. Those that have staff in the office are keeping them as far apart as possible, in separate rooms with doors closed if possible. Many meetings are conducted using online teleconferences.

Sam Troyer, president of Comfort Zone Inc. in Cape Coral, Florida, found that the technology he invested in over the years is working as advertised. His salespeople and other office staff took their VoIP phones from their desks, plugged them in at home, and never missed a call. Bookkeeping and other critical software have all been easily accessed via the cloud.

Challenges remain, however. Troyer said he quickly learned the limits of online interaction. After a few emails or texts back and forth, he often finds it easier to just call someone.

“You just don’t realize that when you’re in an office, sharing space, how many times somebody will walk by and off-handedly say, ‘Oh yeah. Nobody has called Mrs. Smith,’” Troyer said. “Those conversations just don’t happen unless you go out of your way to do it.” 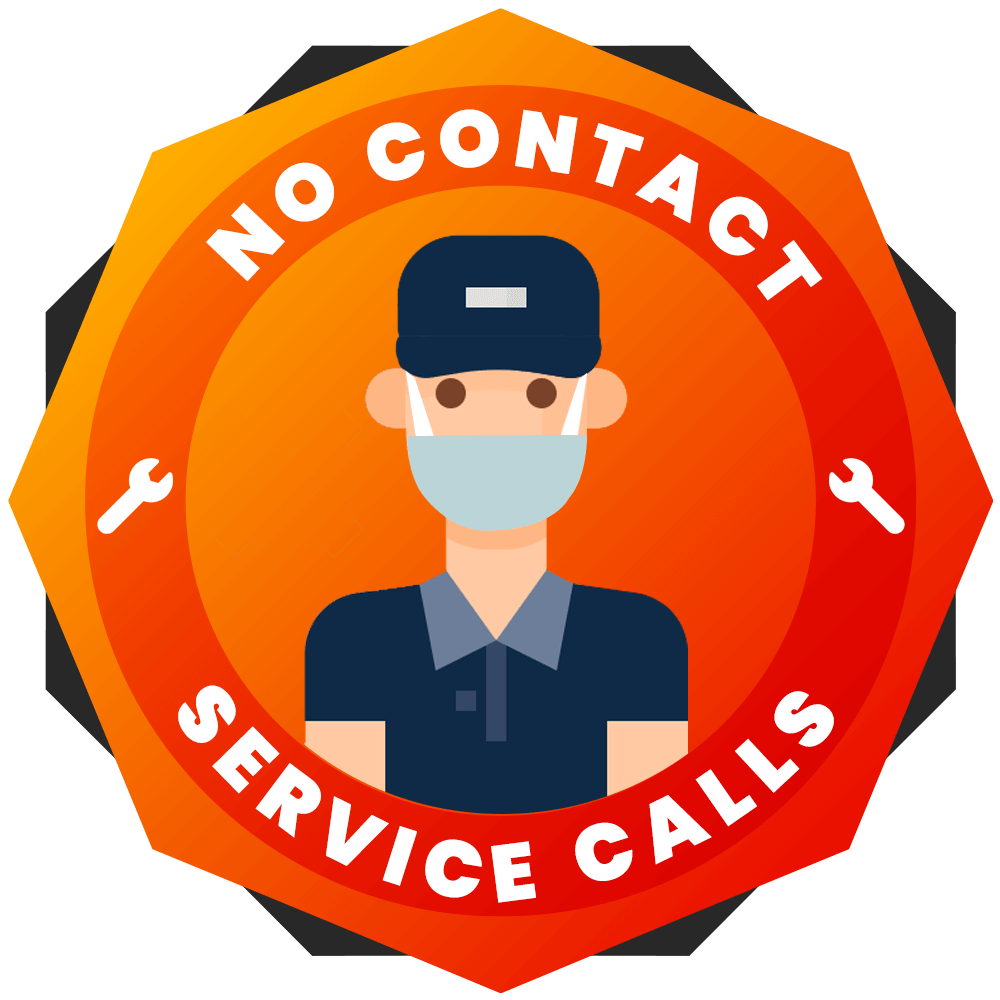 This logo on a contractor’s website lets customers know they can receive a service call while maintaining distance.

In some ways, making the transition in the office was the easy part. Fieldwork provides a basic challenge of maintaining the safety of both the technicians and the clients. Building trust with customers now becomes more important than ever. Ryno Strategic Solutions developed a “no-contact call” badge for HVAC contractors to use on their sites as a way to promote their commitment to social distancing.

“People are prioritizing who they do business with,” said Paul Redman, Ryno’s vice president of sales.

Contractors are trying out various digital tools to help them in this area. They are using videos to communicate with customers before arriving at the location and during the actual call. The customer stays in another part of the house while the work gets completed.

Technology continues playing a role once the work is done. Troyer said his technicians now send forms for customers to sign from one device to another. This creates no need for anyone to touch the same surface as another person. An email invoice is sent, and there is a link to enter payment information.

Some contractors worry their customers lack the tech savvy to conduct business in this way, but Troyer said even in his market, with plenty of older residents, this rarely presents a problem.

Of course, customers create as much a virus threat to technicians as technicians do to customers. There have been a number of reports of workers entering a home and then becoming infected. HVAC contractors attempt to screen customers as much as possible.

Staying out of the home entirely creates the safest environment for both technicians and customers. HVAC contractors are trying different ways to do that. Woodfin, an HVAC contractor in Richmond, Virginia, recently set up a video service to help customers make their own simple repairs.

Others are taking advantage of the technologies manufacturers have introduced in recent years to increase connectivity. This is an area both HVAC contractors and their clients have grown even more interested in during the past few weeks, said Brandon Chase, senior product marketing manager at Lennox.

“It wasn’t something we anticipated would come to fruition in the way that it has,” Chase said. “It has become a very important selling feature.” 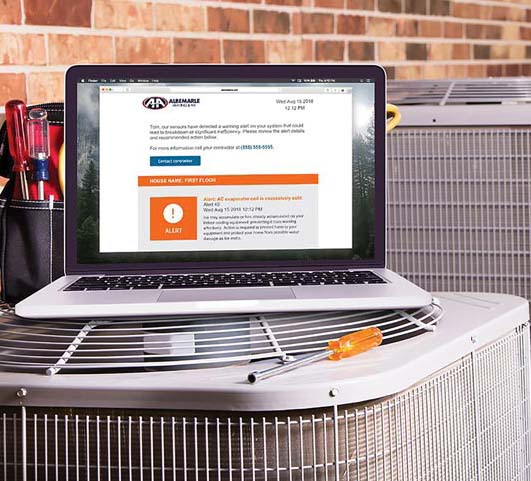 Technology like the Sensei Predict from Emerson helps HVAC contractors reduce the need to enter a house for repairs.

Troyer was a beta tester for the Sensi Predict product from Emerson. This proved fortunate, as Predict has been able to avoid any interaction for half the calls where one was installed. In the other half, it cuts down on the amount of interaction.

Still, most calls require some form of interaction. This makes safety gear extremely important. While many contractors have invested in personal protection equipment, including masks and gloves, their rush to implement its usage runs the risk of creating more problems than it solves.

That was the case for Radiant Plumbing and Air Conditioning in Austin, Texas. Sarah Casebier, Radiant’s co-owner, said they deployed PPE to all their technicians but quickly found a serious problem.

“These guys don’t know how to properly put on a pair of gloves and take them off,” said.

This was actually creating a great risk of contamination. Casebier said it seems simple — everyone knows how to put on gloves. But if you haven’t been trained in the use of PPE, you don’t know the proper way to do it. Fortunately, one of Radiant’s employees also works as an EMT. He worked with the company to put together a video on how to don and doff the safety gear properly.

Casebier said managers then had technicians demonstrate by Zoom that they could handle the equipment properly. Radiant went even further and created a virtual safety channel. The company also conducted an online Q&A for technicians and their families covering concerns about on-the-job safety.

Radiant has started giving people an option for customers to have sales calls by Zoom or Facetime. Customers have responded well, Casebier said. Some people still want face-to-face, and so they will meet with them 12 feet apart outside.

Casebier expects some of these practices to continue even after the outbreak ends.

“There’s absolutely no doubt that some of the processes we’ve implemented are going to outlast the COVID crisis,” she said. “It’s painful to make some of these changes as rapidly as we are. We’re looking at things that would have taken us weeks or months to accomplish and getting them done in a couple of days.

“There are going to be significant enhancements and improvements for the business as a result and for our customer experience.”

Troyer hopes things don’t change too much. Like many in the HVAC industry, he values the human interaction aspect of his job.

“One of the things I love about this business is being able to get out and meet my clients and feel like I’m providing something of value to them and their families,” Troyer said. “A lot of that interaction has gone away. I’m hoping when this comes to an end, we can shake hands again and talk about each other’s families and not worry about passing germs.”