How HVAC Contractors Can Navigate Customer Payment During COVID-19 Crisis

Well-trained technicians and proper installations are only part of the successful contractor equation. Money and the business skills to handle it properly are another. The balance between getting paid and making payments can be a tricky one as the balance of the economy and quarantine deadlines shift. Heading into the busy season is especially delicate this year, as extended quarantines have stressed many customer and contractor budgets alike.

“No one is parting with a single dollar they don’t have to spend right now,” said Sonny Swann, president of Climatic Heating and Cooling Inc., Leesburg, Virginia. His company of 25-35 employees is typically a cash, check, or charge on delivery (COD) business for residential calls. This strategy has served him well thus far, but with the unknown consequences of an extended quarantine looming, Swann has negotiated some help for not only his business but also his customers.

Empire Heating and Air Conditioning in Decatur, Georgia, also operates with a COD model. Involved with only residential work, the company’s receivables work out to about 12 days, according to its president, Martin Hoover. He hasn’t seen a lot of change in getting paid for the jobs completed during the COVID-19 pandemic.

Much the same situation is being experienced in Farmington Hills, Michigan, at the mainly residential business of Thornton & Grooms. Matt Bergstrom, president of the company, hasn’t seen a lot of change in getting paid for the jobs being completed by his staff, but he has seen a shift in the types of jobs being requested or postponed.

“The company has seen some customers opting for repairs and some IAQ as opposed to system replacements,” he said. “So far, payments haven’t been too much different, but customers are being a little more conservative with their dollars right now.”

Getting paid in the commercial sector of contracting, however, is different altogether. Despite the quarantine, commercial service contractors often don’t expect to get paid in less than 30 days, said Pat Rucker, president of Entech Sales and Service of Dallas. 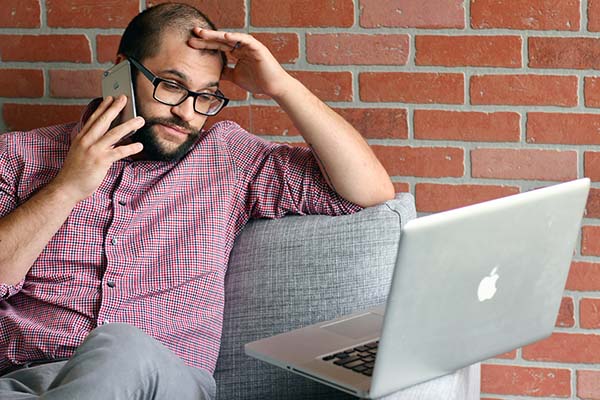 MAKE A CALL: “All of the young companies and those with large debt loads need to be calling mortgage companies, their landlords, and their vehicle vendors,” said Sonny Swann, president of Climatic Heating and Cooling Inc., Leesburg, Virginia. “They need to negotiate a space for them to work if payments or business do not come in as the quarantines end.”

“That means it is too early to tell what the quarantines will do to the payments due,” he said. “You can bet that this will give customers several more reasons to delay payments.”

Despite the uncertainty of getting paid, Rucker assured his employees that he was not laying anyone off.

“We are a conservative company with a healthy cash reserve,” he said. “We have advised our people of this, and our employees are relieved to know it. They have responded with words of thanks.”

Another issue in getting paid for commercial projects is when the customer pauses the installation. For example, Swann said his company has sent equipment and is already over halfway into a more than $100,000 job, both financially and physically.

"I have a lot invested in this project but haven't seen anything from it as of yet," said Swann. "I don't think it will be a problem, but I am concerned that if companies start using us for their cash flow, or they don't have new jobs coming in, that could be scary for us."

To help protect Climatic Heating and Cooling Inc., Swann has taken several steps to mitigate against non-payment for any project that has yet to be paid. One significant step is the lowering of the company’s debt load. The building out of which they operate is fully paid for, and the only debt currently held is on the company’s fleet of vehicles. Swann called the company holding the debt on the vehicles and asked for some extra time to make payments in order to ease his cash demand. The company was happy to comply and will not be sending out a bill for the rest of the year.

“All of the young companies and those with large debt loads need to be calling mortgage companies, their landlords, and their vehicle vendors,” said Swann. “They need to negotiate a space for them to work if payments or business do not come in as the quarantine’s end.”

He reminded contractors that they will have to pay the piper in the end, but it is wise to defer payments and hold on to every little bit of cash they can keep in their bank accounts right now.

Even when a community that contractors work within isn’t struggling, there are times when emergencies and special situations arise when it comes to payment. With the eventual end of quarantines and a wobbly economy to face, it is likely that contractors will run into situations where customers are just not able to pay their bill or pay for an urgent and necessary repair. HELPING PEOPLE: With the end of quarantines and a wobbly economy to face, it is likely that contractors will run into situations where customers are just not able to pay their bill or pay for an urgent and necessary repair.

Hoover and his company have an unwritten rule about situations that arise when customers are unable to pay. This rule is where humanity steps in over profit. He has empowered his employees to make decisions as to what is necessary and how to collect compensation for these special times.

“There have also been some occasions where we have told folks to just pay us when they can,” said Hoover. “This is typically something like a longtime customer that has fallen on hard times. Sometimes we get paid and sometimes not.”

Thornton & Grooms has exercised humanity over profit before the pandemic, and they will continue to evaluate each case separately as need arises.

“We will help folks in need with a pay-what-you-can or a free repair or replacement if it’s a person who just can’t pay,” said Bergstrom.

A strategy that Swann has taken in getting customers to pay is to personally call them and ask if there is anything they can do towards their bill. He suggests that if they offer $100, take it.

Overall, Swann expects that instead of getting paid in a day to two days to 10 days on residential jobs, companies are likely to see a lot more 60-, 90-, 120-day bills in the future.