Working on HVAC for Prisons Requires Focus on Security

Growing interest in criminal justice reform might create more work for the HVAC industry. Many prisons in the United States lack air conditioning, with 13 of the 15 hottest states lacking universal air conditioning in their prisons. There are many reasons for that, including a lack of funds as many taxpayers fail to see why their prisoners deserve comfort in the first place.

But recent lawsuits might change that, forcing states to invest in air conditioning in their prisons. A judge in Texas recently threatened to lock up prison officials for housing inmates in an area without air conditioning. The judge made the threat during a trial to settle a five-year-old lawsuit filed by the inmates. In North Carolina, a group that brings service dogs into prisons refused to allow their animals at a women’s prison due to a lack of air conditioning. This led to calls for the state to use a budget surplus to provide air conditioning.

“Aging infrastructure and deferred maintenance can impact correctional facilities’ ability to operate safely and efficiently,” said Phillip Lowery, director of state government for Johnson Controls. “Within the Department of Corrections, the pressure to improve living conditions and building environments for correctional officers and inmates is steadily increasing, and HVAC systems play a huge role in creating this comfortable environment. In addition, upgrading to efficient HVAC systems can preserve energy, ultimately saving correctional facilities money and freeing capital for other improvement projects throughout the state.”

The problem is usually a lack of funding. Politicians believe the taxpayers want other priorities addressed before spending money on prisoners.

“Correctional facilities are often forced to compete with other government entities for capital, resulting in prison budgets that are spread impossibly thin,” Lowrey said. “Oftentimes, prison leaders must choose between new emerging technology and extending rehabilitation programs. This makes deferred maintenance a critical challenge in the industry, with outdated HVAC systems costing prisons thousands in repairs and energy waste.” 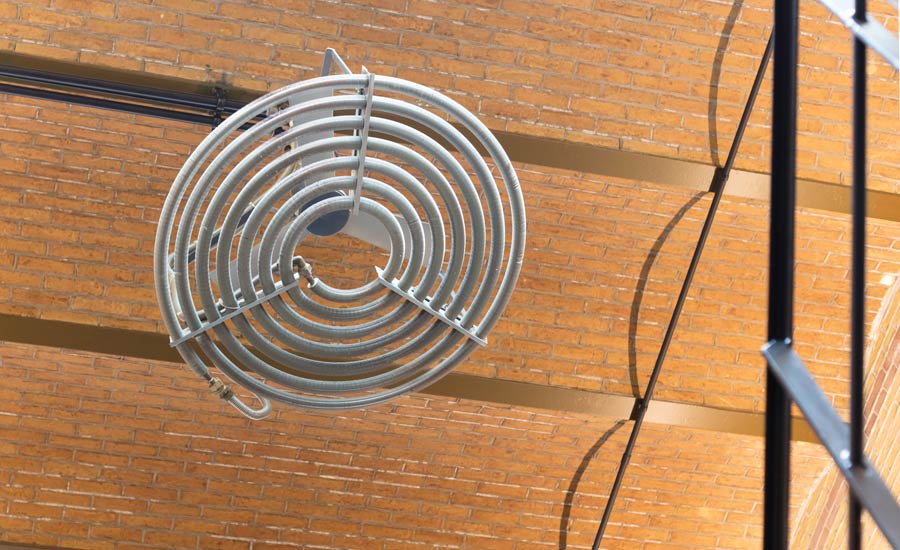 OUTDATED: Both the prison facilities themselves and the HVAC equipment that serves those within the prison — the inmates and correctional officers and staff — are often very outdated.

“A malfunctioning RTU can quickly turn into a disaster for a prison,” he said “Losing heating and cooling capabilities can cause discomfort among inmates and even create dangerous conditions during extreme weather. Utilizing disaster preparedness techniques like masterless twinning in RTUs keeps them functional at all times.”

Tommy Norris, president and CEO of GreenPrisons.org, spent 15 years working at a prison with no air or heat except in the administrative offices and the hospital. Like many facilities, it was a “leaky concrete box” that didn’t allow for central air. It was as hard on staff as it was the inmates. Many prisons will never have central air, Norris said. They are more than 100 years old, and there’s no feasible way to add it. These facilities offer only crank windows for ventilation, and these seal poorly, making it even more challenging to heat and cool them.

But investments are being made every day on new HVAC systems. The Connecticut Department of Corrections recently spent $60 million on a heating and cooling project at the Janet S. York Correctional Institution, the state’s only female correctional facility. The hot and chilled water distribution piping that was installed when the prison was in place since the facility opened in 1994 has been experiencing numerous leaks and became unreliable, said Department of Correction spokesperson Andrius Banevicius. The state is replacing the piping, the central plant boilers, and chillers, as well as ancillary pumps and controls.

Winning a bid to work on a prison is much the same as any other government job, said Jason Gillis, sales engineer for Modine Manufacturing Co. That means the same challenges, such as often not knowing where exactly the project is located. Modine recently worked on an HVAC project at Kinross Correctional Facility, a state prison in Michigan’s Upper Peninsula. The facility opened at its current site in 2015, when the state combined two operations and revamped a structure built in 1989. 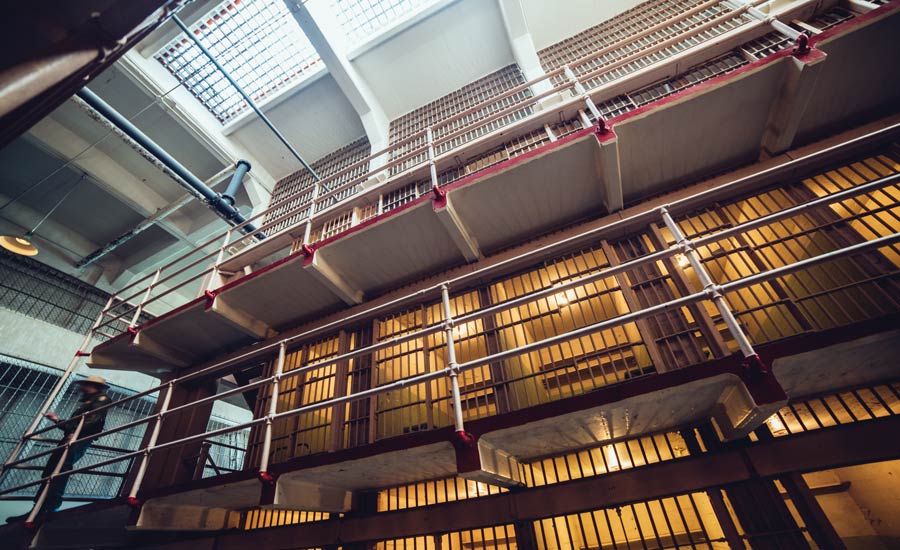 WORTH THE EFFORT: Working at a prison requires special security measures, including background checks, tool inventories, and a lot of paperwork. But when governments do decide to spend, they rarely fail to pay their bills.

Gillis said Modine won the job in part because it could finish the work before the harsh winter set in. He said government jobs often come with tight time constraints. As far as Gillis knows, this is the first prison contract for Modine.

The project only involved the visiting area, and even then, extra steps were taken to ensure the security of the building, both in the design and the work itself. The Michigan Department of Corrections required extra covering for the vents to prevent the smuggling of contraband. All workers went through a background check, weren’t allowed to speak with anyone, and had their tools inventoried coming and going. At the project in Connecticut, the prison installed temporary security fencing and put trenching in place to segregate the work from the rest of the facility.

Ensuring inmate and staff well-being is another concern in HVAC design for prisons.

“In a prison environment with a large number of individuals in one space, it’s easy for illness and disease to spread, putting individuals at risk and potentially hurting prisons’ budgets,” Lowrey said. “Therefore, proper air ventilation is integral to improving quality of life and keeping individuals healthy. Using HVAC equipment with maximum ventilation and air processing capabilities reduces the risk of illness spreading through the prison population.”

The extra security requirements and the usual paperwork needed for any government job provide an extra hurdle for HVAC companies looking for this kind of work. So do the extra concerns over cost. Still, it is a market worth pursuing. When governments do decide to spend money, they rarely fail to pay their bills.

“Breaking into this market can be difficult, but making a bid for these projects with an established partner can facilitate this process,” Lowrey said.