This website requires certain cookies to work and uses other cookies to help you have the best experience. By visiting this website, certain cookies have already been set, which you may delete and block. By closing this message or continuing to use our site, you agree to the use of cookies. Visit our updated privacy and cookie policy to learn more.
Home » HARDI Conference Celebrates Distribution’s Past, Present, Future
HVAC Residential MarketHVAC Light Commercial MarketHVAC Commercial Market

AUSTIN, Texas — A record-breaking 1,640 individuals attended Heating, Air-conditioning & Refrigeration Distributors International’s (HARDI’s) 2018 Annual Conference in Austin, Texas. The Legacy-themed event honored those who paved the pathway to today’s success and celebrated those who are establishing their own legacies in the future.

“Legacy — what does that word really mean?” asked Talbot Gee, CEO, HARDI, during the event’s opening ceremonies. “For us, we want to make sure we honor, understand, and learn from those who have gotten us this far. We also need to make sure we recognize the amazing talent that we have coming up through this organization. This is their time; they’re starting to define their legacies and establish how they’re going to lead this industry. We all have to work together to ensure our next generation will be even bigger than the legacy builders of yesterday.”

“HARDI’s mission is to make wholesale distribution the channel of choice for HVACR manufacturers and contractors,” Gee said. “If we’re not doing that, we’re eroding our own value, and we don’t have much reason to be getting together every year.” 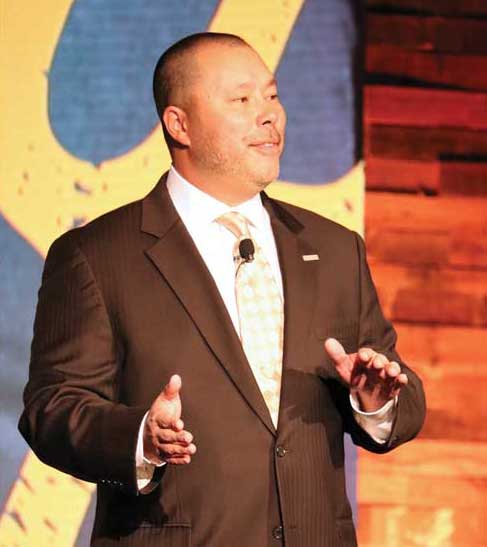 NO. 1: HARDI’s mission is to make wholesale distribution the channel of choice for HVACR manufacturers and contractors, said Talbot Gee, CEO, HARDI.

To meet these needs, Gee challenged the entire industry to ensure two-step distribution remains the HVAC supply channel of choice.

“For the suppliers in the room, you have a new directive,” Gee said. “You have an obligation to tell us when wholesale distribution is not serving your needs. This is not a request; it’s an obligation.”

While each link in the supply chain may not agree 100 percent on the explanation or rationale behind every decision, Gee insisted wholesale distribution must be alerted if and when it’s failing to meet the industry’s demands.

“How can we make this channel the only one you want to go through?” he asked. “We don’t want most of the channel; we want it all. What do we need to do to be able to accomplish that? If you’re considering going in another direction, tell us why. Tell us what we need to do better. That is our mission, and will remain the cornerstone of our organization going forward.”

“Consumers are going to be price conscious in 2019. Housing starts will continue to slow, and existing home sales are expected to plummet. That means ... consumers may be less likely to spend serious money with you [in 2019] than they were in 2018.”
— Alan Beaulieu president ITR Economics 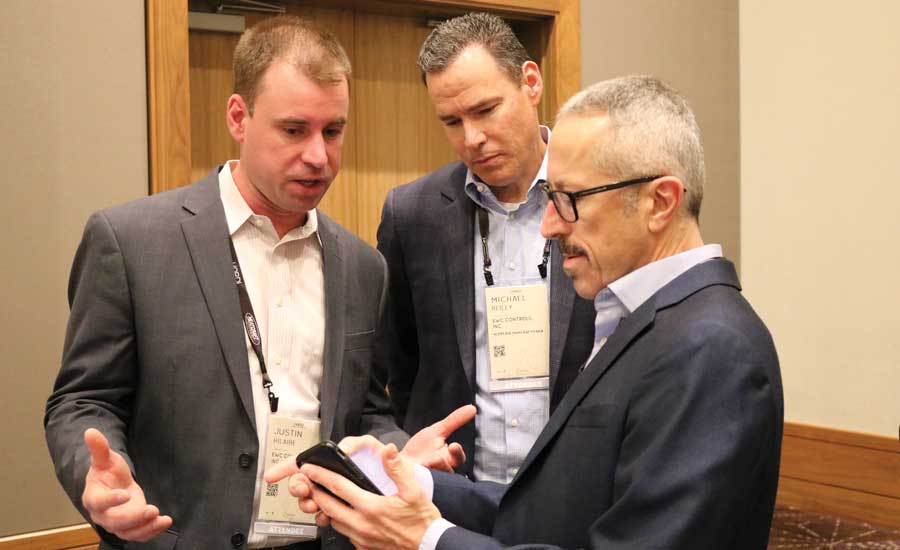 CHECK IT OUT: Attendees of the 2018 HARDI Annual Conference had plenty of time to network during the event, taking the opportunity to learn best practices from peers and share stories of successes and failures.

The moral to his presentation: Distributors should not expect a repeat of 2018 in 2019.

“Consumers are going to be price conscious in 2019,” he said. “Housing starts will continue to slow, and existing home sales are expected to plummet. That means there will be fewer remodeling opportunities, and consumers may be less likely to spend serious money with you [in 2019] than they were in 2018.” 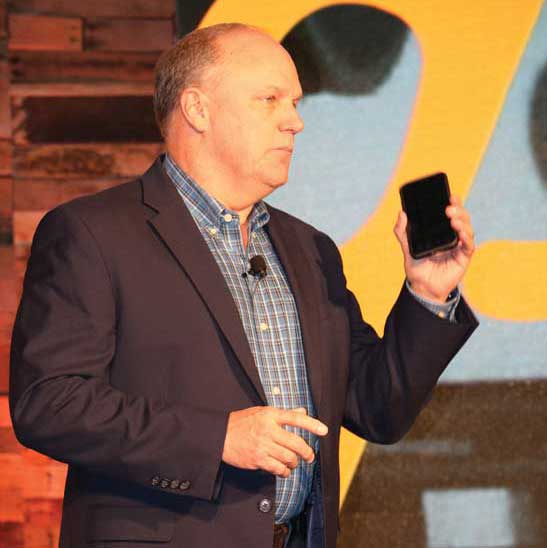 Beaulieu said this additional spending will better prepare distributors for a looming recession, which he anticipates taking place in 2022.

“GDP is flattening out,” he said. “As it flattens, this will have an impact on businesses, consumers, and commodity prices. In 2021, the rate of growth will slow down considerably. This will lead to a significant recession by 2022. This downturn will be significant, though it won’t be as significant as 2008-2009 was.”

While President Donald Trump’s Tax Cut and Jobs Act provided a short-term boost in 2018, Beaulieu believes the tax legislation will not have a lasting effect. 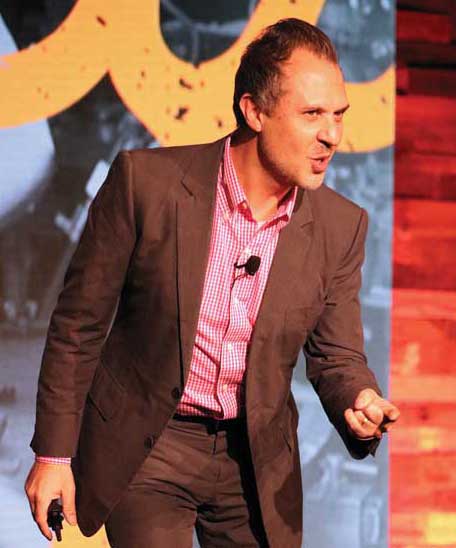 VISIONARY: The HARDI keynote speaker was Platon, a British photographer who has taken portraits of many president and world figures.

“The tax change will not provide a boost in the economy for any length of time,” he said. “I like many of the changes in the tax code, such as the reduction in categories, and some people are seeing lower rates. Honestly, it’s helped some people and hurt others; it just depends on the tax bracket you’re in. Regardless if it’s a personal win or loss, in the end, it will all balance out.”

“With all this talk of a recession and a Great Depression in 2030, the best time to sell a business would be somewhere around 2025,” he said. “Make sure you pull the trigger before 2029, as there’s typically a three-year earn out, and you don’t want to have your earn out during that 2030 Great Depression. And, I’d suggest you sell it to someone you don’t like, as it’s going to be worth much less in the 2030s than it was in 2025. Then, aim to buy it back in 2033, when its price has hit the floor. Make the most in your sale, buy it back cheap, and then enjoy the economic recovery of the late 2030s.”

As you would expect in a gathering of distributors, the session on Amazon and the future of distribution was very well-attended. Ian Heller, president of Modern Distribution Management, talked about how Amazon was disrupting the industry. He stated there are three things to infer about how Amazon does business, which should better help the distributors to prepare for the competition:

“You need to plan your strategy around what Amazon business strategy is going to be,” Heller said. “Amazon is a very disciplined, strategic planning organization. It is more about what you decide not to do instead of what you decide to do.”

At the conference, HARDI also presented the 2018 awards to select members for its advocacy, benchmarking, and talent pillars. Recipients were chosen based on engagement with the HARDI organization in the respective areas and were presented the awards on stage during a general session.