Despite challenges, company continues to take care of employees and customers

When the pandemic first hit, many businesses from all different industries were faced with the difficult decision to cease operations. The HVAC industry, however, was deemed essential. Now celebrating their 50th year in business, Hyde’s Air Conditioning stayed open in California’s Coachella Valley during the worst of the pandemic, but had to make some adjustments as they went along.

Hyde’s was started in 1972 as an appliance repair business by Brian Hyde, an engineer who was looking for a way to take care of his family when he was laid off work. His children — Barry, Michael, and Mark Hyde — had later gone to college to pursue other fields and were in and out of the business until the mid-1980s, when they joined permanently. Now, the family-owned company is three generations deep and has grown significantly. 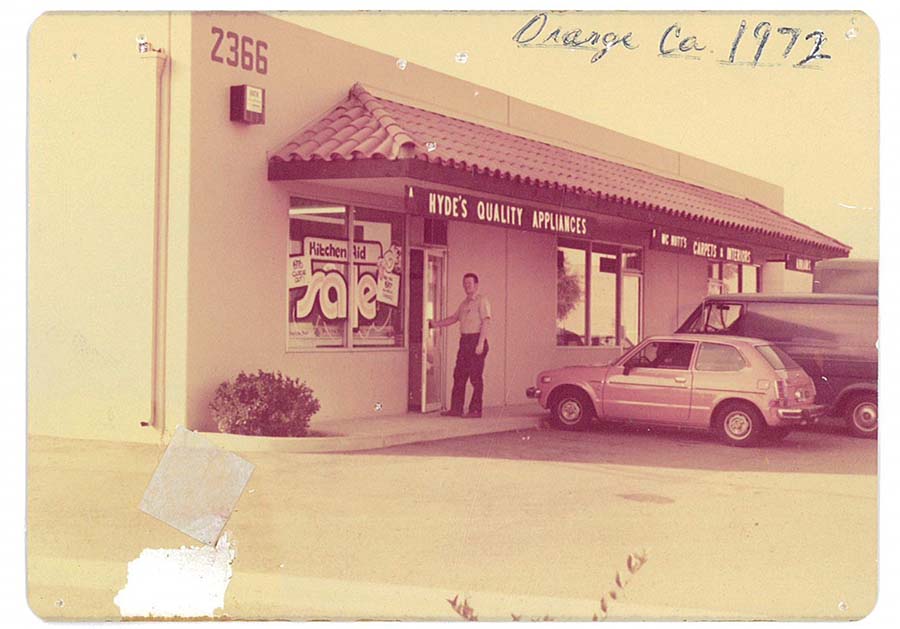 Michael Hyde, co-owner and general manager, said Hyde’s is different than other companies because it has a lot of long-term employees. He said the key to maintaining a loyal employee base is to pay them well, treat them fairly, and don’t overwork them.

“We don't overdo it in the summertime, like get as busy as you possibly can so you hire a bunch of people to do installations and then lay them all off. We maintain a steady pace year-round and we do it with our maintenance agreements,” explained Michael. “Don't kill them with work, because that’s easy to do if you're just looking at numbers.”

Michael said even though they are open until 8 p.m., the management will stagger shifts for their technicians. If someone is booked for jobs closer to closing time, they would come in later in the day so that they aren’t stuck at the office from 7 a.m.

Hyde’s also enjoys showing its appreciation in other ways, such as washing its employees’ cars every two weeks and, pre-COVID, organizing time to watch live football, baseball, or hockey games together.

During the start of the pandemic, not only did the socializing aspect of work dissipate, but Michael said the company was suddenly understaffed because so many people were getting COVID or believed they were exposed to the illness.

“It was two weeks off just to get tested, so we went through a huge number of people that had to be off. Fortunately, nobody was really sick beyond a flu-type symptom and it seemed like as we moved forward, the testing was faster, but in the beginning, just to get the test back was 10 days,” Michael recalled.

Although the pandemic appears to be subsiding, the aftermath has caused an influx of new challenges — namely, the supply chain issues. Michael said despite Hyde’s warehouse of equipment and many distributor channels, the business already seems to be running out of supplies so early in the year. Business is booming, and Michael said there are some real concerns for summertime because the demand will be higher than ever. At Hyde’s, he said the technicians have already been informed that there will be more repair jobs during the summer because as far as parts and supplies are concerned, the best way they can service their current customers is through repairs. Slowing down business is not an option, Michael said, because when an a/c unit breaks down for a customer living in the middle of the desert, it’s a problem.

“If you only have one air conditioner and it doesn't work, we'll move jobs, we'll get volunteers on Saturdays,” explained Michael. “Our distributors are doing the best they can, but we're just kind of hanging on. I know they're in the business to sell to us, but they can't restock my inventory if they don't have it.”

Keeping everyone safe during the pandemic was an important goal for the management team at Hyde’s. Judy Mueller-Hyde, director of operations and wife of Mark Hyde, said this period of time was especially hard because of all the close relationships present at the company.

“We’ve had sons and daughters, brother and sister, husband and wife — about all the different combinations you can have work here. We’ve even had some customers for a long time and they become like a family member,” said Judy.

Instead of cancelling team events, Judy said the management team was determined to keep the fun alive so that they could make sure their employees knew that they were appreciated. One of Hyde’s major events takes place every June, as a summer kickoff before the busy season. During this event, breakfast is provided and long-term employees are recognized for their dedication to the company and are given company swag. Although COVID forced the management team to modify the event for safety, they didn’t cancel it completely. Instead, Judy said they handed out the bags of merchandise one by one and she also created a letter full of information, outlining how much the management values their employees’ dedication despite the challenges of the pandemic.

Another tradition is the company’s Brian Hyde Excellence Award, which started out during the company’s 45th year in business, in December of 2017. Judy said the Brian Hyde Excellence Award, named after the company’s founder, is given to one exceptional member of the company to honor Brian’s legacy and to inspire employees to embody his mission to “always do the right thing.” Whoever is chosen must possess one or more of the following qualities: customer service, innovation, integrity, visionary, quality of work, initiative to learn, and technical proficiency. 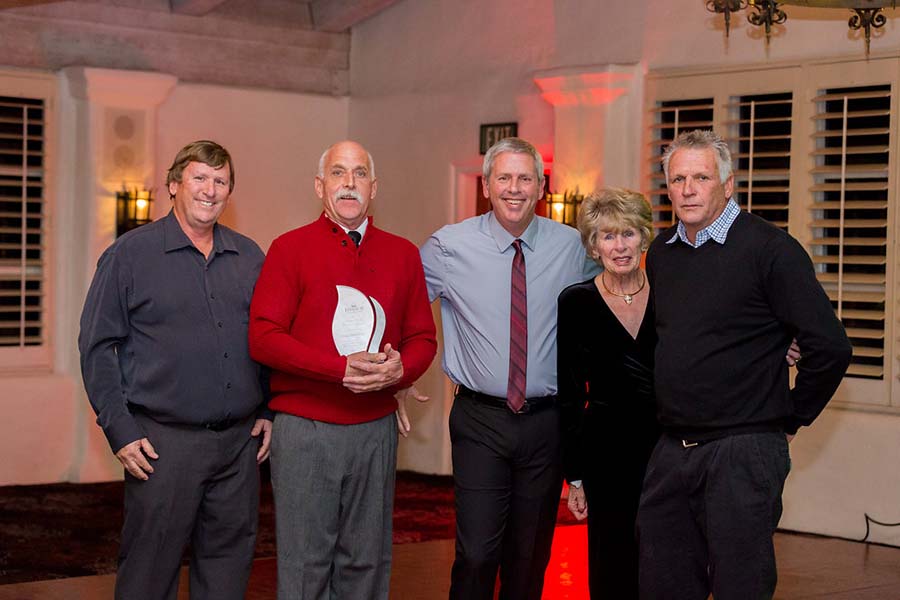 “We wanted to have an award where you had to have at least one of these characteristics. That means an office person could do it, it doesn't have to be an HVAC person, and it's not a ‘winner,’ it's a recipient,” explained Judy.

Greg DeFontes, senior NATE-certified HVAC technician and director of training, was the first recipient of the award. Before Brian Hyde passed away in 2011, DeFontes had an opportunity to work with him.

DeFontes added that when he first started at the company nearly 18 years ago, he was very impressed with the work ethic of the management team. He said they lead by example and in all his time there, he has never been disrespected or treated unprofessionally. According to DeFontes, the management team is also reachable at all times, which assures him that they are always open to supporting their employees.

“The bosses, the owners of the company, that's what keeps here. It's very difficult work, it's not a party, but I tell people when you work for the best, where are you gonna go?” said DeFontes.