Some Supply Chain Pressures Ease, But Other Challenges Remain

Just as turning over the calendar to January 2021 failed to make the pandemic disappear, a new year has had little impact on the supply chain issues plaguing the HVAC industry.

Many of the same challenges remain, and every new disruption creates a cascade of slowdowns. These disruptions range from an earthquake in Japan that temporarily halted microchip production to a strike at a Finnish paper producer that makes the material used for shipping labels. The coronavirus pandemic continues to hinder the movement of goods, with a major outbreak in Shanghai causing serious issues.

The biggest new source of supply issues is the Russian invasion of Ukraine. This region contains much of the world’s supply of copper and other industrial inputs. The conflict also disrupts trade routes. All this adds up to HVAC contractors facing continued delays in obtaining certain parts and equipment, along with increased uncertainty. 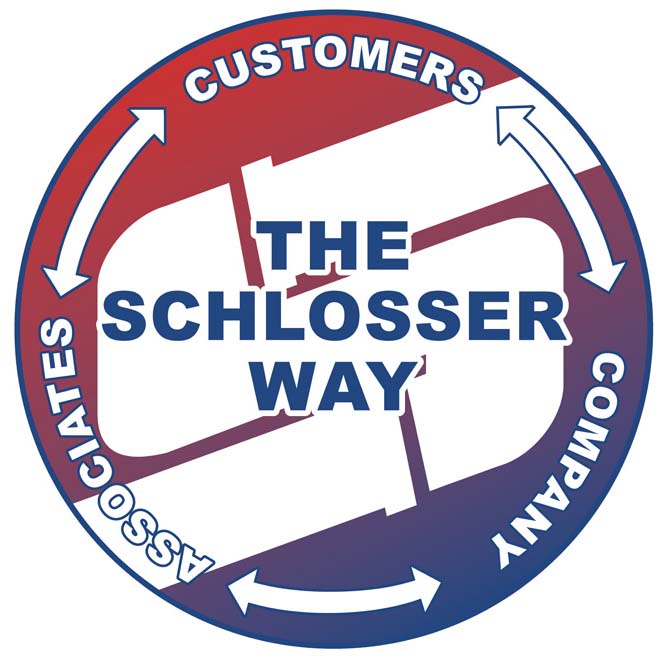 “Some things we’re surprised that we can get so quickly, and some things you would think you can get, you can’t,” said Steve Dennis, president of Schlosser & Associates Mechanical Contractors.

Some sections of the HVAC supply chain do show signs of improvement over last year. Speaking at a recent industry event, Brandon Chase, senior product marketing manager for Lennox, said his company responded to the supply chain challenges by seeking out secondary sources for parts. Lennox purchased a year’s worth of inventory for some crucial components. Chase said the company now operates three shifts at its main plant.

Working with Customers to Find Alternatives

That’s the good news. A lot of parts and equipment remain on backorder. Dennis said it now takes 16 to 20 weeks to get a control board, when it used to take four to eight weeks. He keeps his clients informed, but there’s little else to do.

“They’re going to ship it when they ship it,” Dennis said. “There’s nothing I can do that’s going to speed it up.”

Schlosser has been around since 1954, and Dennis said this is probably the biggest supply chain pressure the firm has ever had to deal with. Lead times are longer and prices are higher, but he remains hesitant to store too much inventory. It takes up space and runs the risk of theft or damage.

As a relatively small commercial contractor with 55 employees, Dennis can limit the number of jobs the firm takes on because he doesn’t have to pay for a lot of overhead. That helps in the current situation. So does working with the same customers a lot of the time. He can approach them with alternatives when running into a supply snag.

For example, Schlosser is working on a factory for Siemens that’s scheduled to go operational in September. Dennis wasn’t able to get the pumps specified for the project, but a supplier had equivalent pumps available. So the customer agreed to a switch.

People are getting used to the idea of making do with what they can, Dennis said, because shortages are hitting all industries at once. For example, some auto manufacturers started installing analog clocks in their vehicles when digital clocks grew unavailable.

“If there’s a little hiccup in the process, if there’s a delay at the ports or your manufacturer is a week late because something happened in production, it throws the whole thing off.”
Raine Mahdi
Founder, Zipfox

Just in Time is Actually Slower

There are times when the delay in inventory works to the advantage of contractors. Many report there was no shoulder season in the past year because they were catching up on jobs. Dennis said a Schlosser crew was supposed to replace the entire mechanical room at a school over the summer, but chillers won’t ship until September. The client accepted the new schedule and now the firm will have the staff to do the job.

“It hurts more than it helps, obviously, but occasionally we get lucky on something like that,” Dennis said.

Much of today’s problems arise from the widespread adoption of just-in-time inventory practices. These started with manufacturers and became implemented by all sorts of businesses, including HVAC contractors. It seems like this approach requires considerable speed in the supply chain, but that’s not actually the case, said Raine Mahdi, founder of sourcing platform Zipfox.

Mahdi said so much inventory today is imported from overseas that the lead time is actually longer than it was when more of it was sourced domestically. This worked well mostly for the last two decades, but the events of the past couple of years expose the weaknesses in the chain.

“If there’s a little hiccup in the process, if there’s a delay at the ports or your manufacturer is a week late because something happened in production, it throws the whole thing off,” Mahdi said.

Many importers first started to experience delays when the Trump administration implemented tariff on goods imported from several countries, especially China. This started manufacturers to consider diversifying their production and moving plants to other countries.

“There’s so much manufacturing capability around the world,” Mahdi said.

He recommends Mexico as a good location to consider. It’s close by and has a stable trade relationship with the United States. Lennox already plans on expanding production at its plant in Mexico. In the meantime, Chase said contractors need to pay attention to the demands of the market and what manufacturers have available.

“We’re pretty transparent about what we’re able to make, what we have good inventory of,” he said.

Chase said contractors should consider buying inventory now and storing it. This may seem like an extra expense, but with regular price increases becoming the norm, the idea becomes more affordable. Many HVAC contractors are already renting storage spaces to keep this extra inventory.

For HVAC contractors in the South, there’s an extra level of difficulty. It becomes illegal January 1, 2023, to sell air conditioners that fail to meet the new efficiency standards. That means they need to stock enough equipment to meet their customers’ needs this year without finding themselves stuck with unsaleable inventory at the end of the year.

Eventually the supply chain issues will end, but no one really knows when. It likely won’t be a straight line, Anderson said, and the final resolution could be years out. She recommends business improve their sales inventory operations planning. This requires keeping in touch with customer demand and figuring out how to meet that. Anderson said the companies that best control their chains are the one that will grow.