When people think of ductless technology, their minds might automatically go to equipment such as mini splits, which are not always easy on the eyes of the American public. Though heating and cooling systems in some commercial spaces like gymnasiums and cafeterias might not need to be visually appealing, other areas like hospitality could benefit from more aesthetic solutions.

Michelle Robb, senior director of marketing at Mitsubishi Electric Trane HVAC U.S. (METUS), argues that in any commercial building, aesthetics can affect the level of comfort and relaxation occupants feel in their indoor environment. She said the use of variant refrigerant flow (VRF) systems is one way to combine aesthetic appeal and human-centered functionality.

“Especially as trends point towards increased telecommuting, commercial buildings must cater their interior design to a more comfortable and ‘home-like’ aesthetic,” added Robb.

According to Robb, METUS’ approach to aesthetic VRF technology has been to design its products to meet the needs of any commercial space or building. For example, Robb said the company’s 22x22 four-way ceiling cassette is a ductless solution that can provide strong air performance while remaining hidden away in the ceiling. Another solution is their floor-standing indoor unit, which features efficient heating and cooling despite its narrow body.

The more compact a ductless system is, the more ideal the technology is for commercial spaces. Smaller systems reduce the need for large mechanical rooms, which offers commercial facilities the opportunity make the most of their given space, such as building an extra classroom in a school or setting up extra offices within a business.

Some consumers might have specific reasons for their choice in air system, but offering aesthetically pleasing ductless systems might be the key to increasing their popularity in the commercial market. Derrick Paul, director of sales – Airstage VRF, Fujitsu, said there are two sides to aesthetics: the indoor side and the outdoor side. The outdoor unit could be a reason for consumers to shy away from VRF.

Paul gives the example of the Fujitsu Airstage VRF outdoor units, which have the ability to be placed in mechanical rooms instead of rooftops. According to Paul, Fujitsu also launched the J-IIIL a few years ago, which is a 6-, 8-, and 10-ton, 230 V heat pump that has a traditional sod discharge configuration and slim design, making it convenient for commercial buildings with limited space outside. However, not every business can find a conveniently hidden spot to squeeze their outdoor units into.

“There's a couple ways that you address that, in applications where [consumers] would like those to disappear a bit. One is they can be built in behind screens or have them hidden from view,” said Paul. 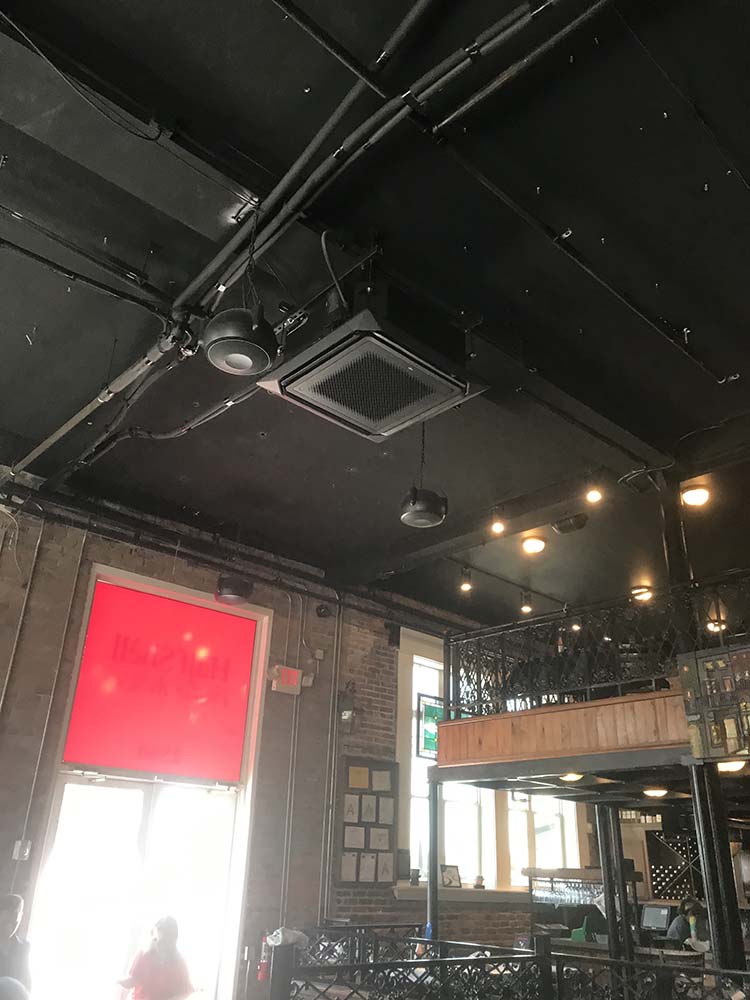 UNIFIED LOOK: With the versatility of ductless VRF systems, a restaurant with black ceilings might choose a cassette with a black grille that blends into the décor. (Courtesy of Fujitsu)

He added that one of the most appealing aspects of VRF technology is its versatility. Paul explained that each commercial space can choose a system based on the aesthetics they want to convey. For example, a restaurant with black ceilings might choose a cassette with a black grille that blends in.

John Homenik, sales director for Samsung HVAC, echoed this sentiment, explaining that the Samsung 360 cassette offers both black and white versions of the product, as well as open-type (circle) and ceiling-type (square) fascia panel options. The 360 cassette also gives consumers the ability to customize the product even further by offering screen printing.

“I know we've done quite a few car dealerships. I love it for schools and universities, and owners or developers like that because they do have a brand name and you can really get creative,” said Homenik.

He noted that one thing to be careful with when it comes to screen printing is the extensive use of words because the return air holes on the unit might distort the lettering. Homenik said Samsung HVAC works with their customers to give them a mock-up diagram of what the end product is going to look like before it gets printed. According to Homenik, the product has been around for about three years and continues to gain more traction every year as more consumers shift toward VRF products for their commercial spaces.

The right fit is not limited to the visual aesthetics of a product. Homenik said aesthetics extend to functional aspects, such as volume. He gave the example of an office where they had to shut the HVAC system off during meetings because the sound of the system would interfere with the microphones in the room. Homenik and a partner went to the office and installed cassettes not for the aesthetic appeal but for the product’s ability to create a comfortable, quiet work environment.

While the demand for traditional ducted products remains high, commercial building owners and managers are supporting the transition to VRF technology for several reasons — one of which includes the industry’s shift toward electrification. Chris Bellshaw, vice president, VRV business systems and applications at Daikin North America, said that VRF systems from all manufacturers use heat pump technology that is 100% electric for both heating and cooling.

“If you look at other technologies, like light commercial packaged rooftop systems, under 25% are all-electric heat pump systems. With chilled water systems, you typically need a gas boiler for heating,” explained Bellshaw. “VRF inherently is set up to be an all-electric building solution using heat pump technology.” 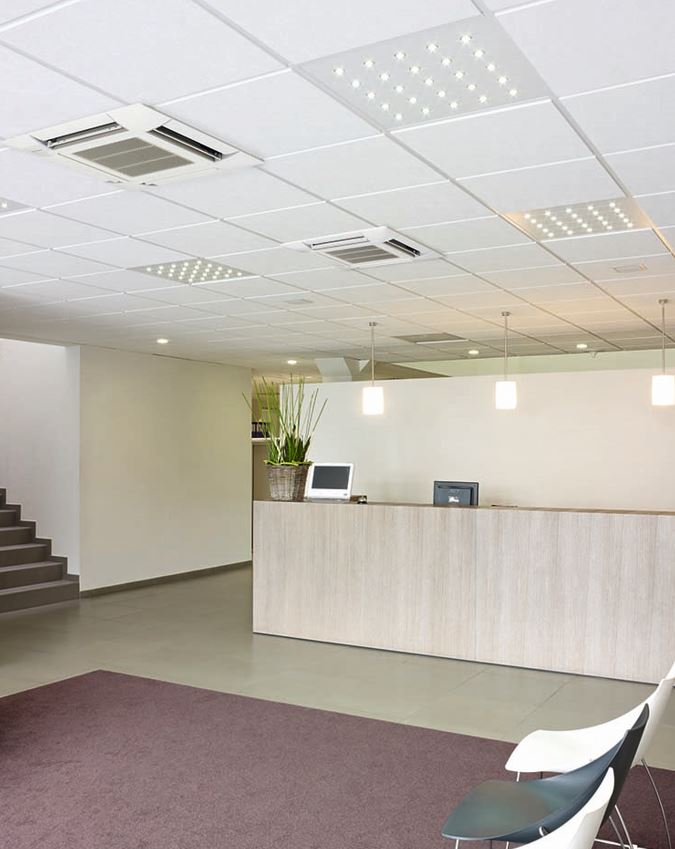 Along with aesthetics and connected technology, consumers are now also interested in sustainability, which is something manufacturers should keep in mind during this shift toward electrification. According to Bellshaw, Daikin’s recently launched VRV Emerion focuses on sustainability and electrification. The VRV Emerion is capable of heating down to -13°F as standard, with high heating capacities at 17°F, making it ideal for all-electric heat pump solutions. Bellshaw said the low electrical requirements (MCA/MOP) of the VRV Emerion helps support not only the trend toward electrification in new construction, but also helps in retrofit applications that previously used other heating sources and might not have the infrastructure in place to support electric heating.

Bellshaw said one of the largest hurdles for VRF systems in North America has been the aesthetics of the traditional ductless indoor models. He said for the most part, consumers don’t want to see their HVAC systems.

One of Daikin’s VRV indoor models is the ductless VISTA 2x2 cassette, which mounts flush to the ceiling for a compact, energy efficient, aesthetic design that mimics the traditional supply grill of a ducted system. Rather than dumping the air through a ducted grill, the VISTA cassette has louvers on all four sides that can oscillate or be set in a fixed position.

Ductless systems might not be as commonplace within North America as it is in other markets, such as Europe or Asia, but as aesthetics take more of a role in the design of new VRF technologies, that mindset is slowly changing.

“Something on the wall to condition the space is certainly being accepted more than it was when I came to the U.S. from Europe in 2005, but there's still a long way to go,” noted Bellshaw.