Amid an office space rethink and ongoing electrification, this technology is better poised than most to roll with the changes

“The sectors that have been hit the hardest are hospitality and office spaces, and it will be years until we understand the total impact. Most of the projects that are starting back up now already had approved plans and permits before the start of the pandemic.”

Tough news in general is unsurprising this year when it comes to the construction industry, but comments from VRF-related professionals also point to some streaks of silver lining.

Scarbrough sees the hit to commercial VRF as weighing most heavily in the larger cities but otherwise more or less comparable with other technologies. Blake Wynter, marketing director for Samsung HVAC America, described the VRF market as slowing this year but still showing growth with respect to other products typically used in comparisons.

In terms of the powerful growth train that VRF has become in recent years, it turns out that a pandemic can slow it down, but it can’t derail it.

“The multifamily market continues to be strong and, due to the extended time away from the office and school, has presented more opportunities to accelerate projects, allowing contractors to finish those projects sooner than planned.

The pandemic put much of the planned office space construction on pause. However, some of that momentum remains in the form of COVID-adjusted ideas on the best ways to manage such spaces, and some changes play into VRF’s strengths. 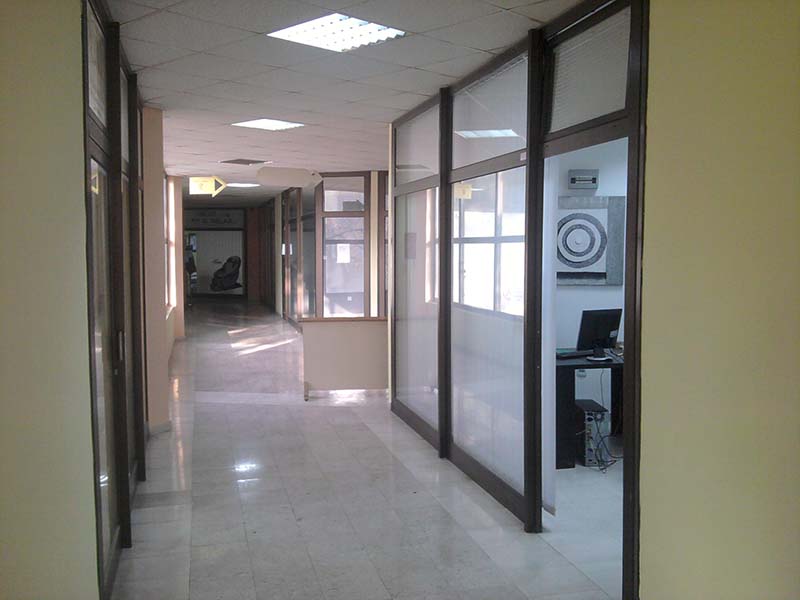 James DeBerry, manager, commercial marketing for Mitsubishi Electric Trane HVAC US (METUS), has noticed that “tenants are paying closer attention to how building systems operate and how they impact wellness and comfort.”

He has seen the adjusted priorities play out in recent conversations with architects, engineers, and facility managers. He added that those facility managers are obviously dealing with not only unusual occupancy rates but some alternative work schedules.

Scarbrough expects that “as people return to offices, we will start to see more isolated spaces” and individual offices, moving away from popular open floor plans.

As it with DeBerry’s note on varying schedules, Scarbrough said this trend “is the perfect application for VRF, where we can not only control each of these spaces separately, but also save a significant amount of energy if the office is not at full capacity.”

The people who do return will bring their heightened awareness and concerns about IAQ with them. A pre-COVID approach using VRF may need some updating.

Hitachi’s Burggren suggests a design solution where ductless units tackle heating and cooling, “combined with a complementing fresh air ventilation system” in order to reduce the spread of germs or dust, not only within a given area but in moving from space to space.

Samsung’s Wynter sees the addition of items like MERV 13 filters as another path. She has found that some engineers “are looking to combine VRF technology with indoor air quality devices in anticipation of people returning to the office or workspace.”

Burggren concurs that selecting filters for ducted VRF systems with higher MERV ratings can be a significant part of an effective IAQ strategy, with increasing ratings combating mold spores and legionella up to sneeze-related and bacterial contaminants.

Along the same lines, LG has just released higher MERV-rated filters for its 4-way cassettes along with MERV 8 and MERV 13 options from a third party, Scarbrough said.

“By having a fan coil in each space,” he added, “we eliminate a common return or supply system that can cross-contaminate.”

“Among customers and professionals, we’re starting to see conversations about how building systems and designs affect IAQ evolve toward more sophisticated discussions of indoor environmental quality (IEQ),” he said.

Failing those and any other HVAC adaptations, Wynter expects that some of the previously booming office space market will simply become repurposed.

Repurposing translates to retrofits, for office spaces and elsewhere. As Scarbrough mentioned, a recession usually sees retrofits go up as new construction is postponed, and that is not necessarily a bad thing given VRF’s better known ability to allow for heating in cooling in previously unreachable or recently reconfigured spaces.

“You see a lot more coordination on the front end of these projects between the contractor and the manufacturer’s rep” when VRF is involved, regardless of retrofit or new construction.

For that reason, she encouraged contractors to understand the difference between different manufacturers’ offerings since “not all VRF systems are installed the same way.”

METUS’ DeBerry added that while VRF gains in popularity, “there’s still the challenge of some contractors viewing it as complicated. However, there’s great opportunity for contractors that seek to familiarize themselves with the technology.”

With the continued upward trend for VRF use in general, DeBerry expects that the competitive advantage VRF-friendly contractors enjoy now will only increase accordingly as time goes on.

Rebates and Other Reasons

Commercial VRF has a couple of other external factors going for it these days, which is nice.

“The number of VRF rebates are increasing, but rebate amounts remain around $75 to $100 per ton,” Wynter said. She expects the considerable number of rebates for air source heat pumps to continue to grow, and she added that the rebates can be particularly high when replacing oil furnaces or boilers. 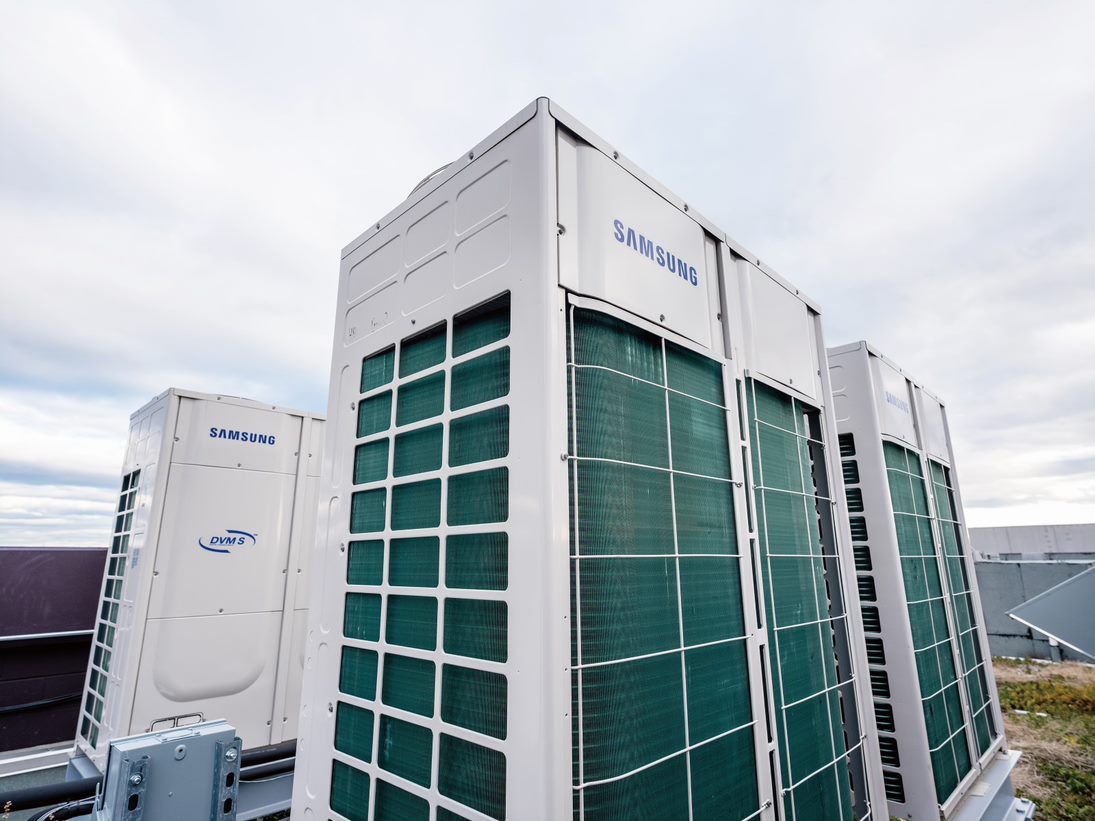 IN WITH THE NEW: Blake Wynter, marketing director for Samsung HVAC America, expects the considerable number of rebates for air source heat pumps to continue to grow.

In fact, one can look at modern rebates at just one byproduct of the broader electrification strategies in pursuit of yet broader climate policy goals. Burggren sees more building codes discouraging or even prohibiting combustion-based heating for projects, working together with certain rebates (custom or prescriptive) to encourage an option like VRF that can, as he put it, outpace energy efficiency requirements.

Scarbrough cites LG’s offerings of not only heat pumps but refrigerant-to-water systems (hydro kit options) as an example of strong market reaction to decarbonization efforts.

“There are now nearly 450 cities in the U.S. that have committed to 80% carbon reductions by 2050,” DeBerry said. Their toolboxes contain taxes, building codes, updated building efficiency targets, and stronger measures including outright electric mandates or aforementioned gas bans.

DeBerry describes all-electric heat pumps as the “most popular technology” worldwide for the purposes of decarbonization.

While the pandemic toll unfolds upon projects, jobs, and even businesses, the electrification movement will likely continue apace. Its VRF-friendly implications, along with the inherent flexibilities of the technology, represent a meaningful buoy for enduring the near term’s rough waters.

The U.S. building industry may be still finding out how to make the most of VRF, but manufacturers aren’t waiting around to enhance and innovate. These VRF pros were invited to mention their companies’ advances as they pertain to controls and other themes brought up in this article. 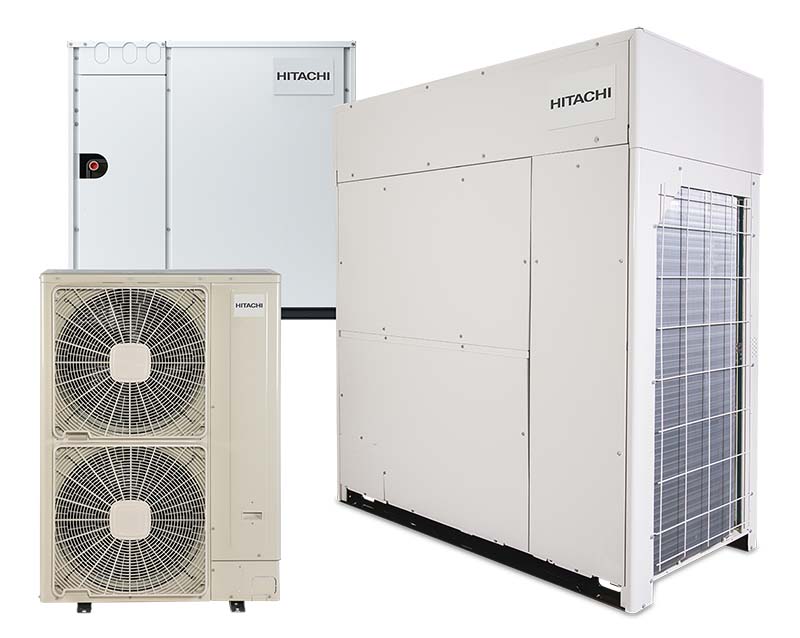 BEYOND THE BOX: Controls see a good share of recent advancements in this sector. “Recent controllers we have introduced allow for embedded touch screens, Ethernet connections, wifi, general purpose inputs and outputs, and others in many combinations," said David Burggren, North American ductless systems VRF sales director with Hitachi.

“We see the market asking, and in cases requiring, the human interface to evolve and provide a wide range of options,” said Johnson Controls / Hitachi Air Conditioning’s David Burggren.

“Recent controllers we have introduced allow for embedded touch screens, Ethernet connections, wifi, general purpose inputs and outputs, and others in many combinations.”

In broader terms, he notes that his company’s entire line of VRF is significantly above ASHRAE 90.1 requirements.

“At Samsung, we have introduced WindFree™* technology into all of our product categories from mini splits to VRF,” said marketing director Blake Wynter.

Tailored originally for light commercial and residential markets, the WindFree lineup is making its move to Samsung’s commercial VRF systems.

As a result, WindFree-equipped wall mount and cassette indoor unit offerings “not only control to set temperature but also have the ability to be put into WindFree™* mode, where air velocities are below 0.15 m/s and considered ‘still air’ as defined by ASHRAE,” she said.

WindFree units also have a built-in humidity sensor that will take the unit back into normal operation if temperature and humidity limits are exceeded.

At LG Air Conditioning Technologies, Steve Scarbrough points to its VM3 controls platform, along with the ThinQ technology that progressively enhances the user’s interaction with their system.

That, Scarbrough said, can draw on voice, AI, standalone controls, and/or a building owner’s operational integration to increase the convenience of system management.

“And stay tuned, as we have plans for some exciting product introductions early next year,” he added.

In the meantime, existing LG commercial products start at two tons, and Scarbrough mentioned a single-phase 5-ton heat recovery system that allows for simultaneous heating and cooling in smaller retrofits.

Many of the company’s indoor units feature Sensor™, which is designed “to continuously scan a room, develop a thermal profile, and enable the connected indoor units to automatically adjust temperature and airflow strength and direction based on occupancy,” DeBerry explained, citing conference rooms as one prime benefactor.

Finally, the “next-generation Lossnay® ERV, the RVX” can use external input signals like a CO2 sensor to adjust fan speeds and can also use MERV 16 filters specifically offered for that unit.

DeBerry talked chiefly about his own company’s offerings, of course, but one comment summed up the state of the sector’s products pretty accurately.