This website requires certain cookies to work and uses other cookies to help you have the best experience. By visiting this website, certain cookies have already been set, which you may delete and block. By closing this message or continuing to use our site, you agree to the use of cookies. Visit our updated privacy and cookie policy to learn more.
Home » Johnson Controls Makes Products Greener for Customers, Easier for Contractors
NewsHVAC Light Commercial MarketHVAC Commercial MarketRooftop UnitsChillers & Towers

The world is headed into a greener future and Johnson Controls wants to act as a leader in getting there. That will take smarter, more efficient HVAC equipment. Johnson Controls displayed some of these improved offerings at this year’s AHR Expo.

Starting on the rooftop, there is the 15-17.5 ton Choice heat pump RTU. This will debut later in 2022 and will exceed the Department of Energy’s 2023 requirements by up to 10%. It offers four airflow options to meet each building’s specific needs.

All Johnson Controls RTUs have smart equipment controls. A board monitors the entire cycling of the units, including compressors and fans, to maintain the air temperature that the building operator wants to deliver. The controls also provide a record of how units perform and aggregate any faults that may occur.

“It makes for a more efficiently run system,” Axtell said. 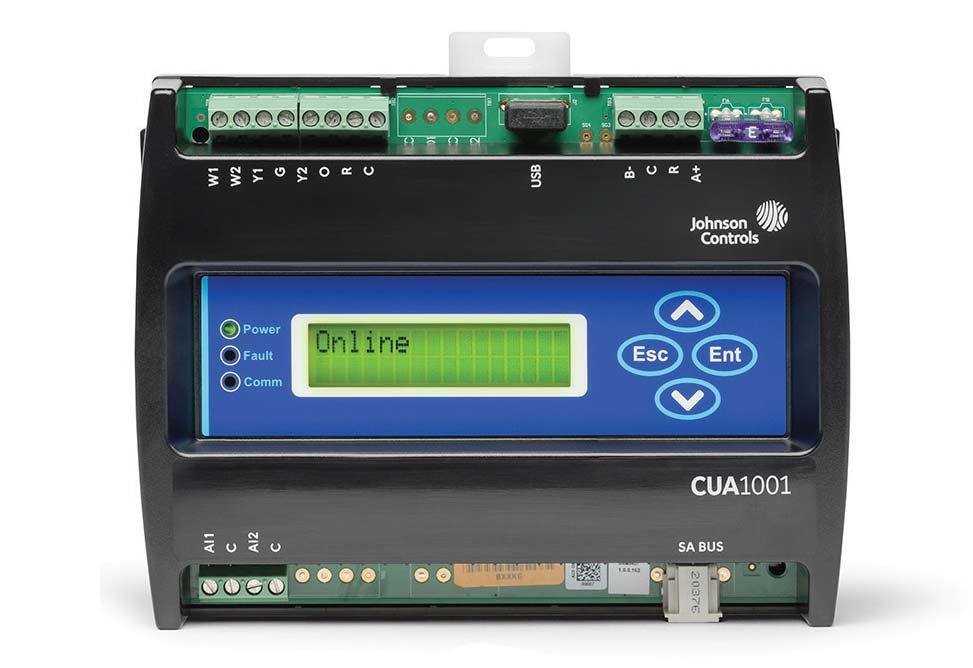 The heat pump takes up a 40% smaller footprint than a vertical discharge system, making viable for high-density residential areas and zero lot-line spaces. Axtell said it can be paired with a standard 24 V thermostat. It can be combined with either an air handler or furnace. There’s a standard ECM blower or variable speed. All that gives more than 17 SEER efficiency.

One notable feature is its low sound. The HMH7 can be as low as 56 dB. Axtell said that’s due to its swept-wing fan blades, compressor sound blanket, and EMP fan blower. “All of those things work together to give a good quality low sound level,” Axtell said.

Another valuable feature is the heated base pan. When the unit goes into defrost, this keeps it from freezing. This was a major issue during the Texas winter storm in 2021.

Then there is the YHG single-stage heat pump. This is a duel-fuel option that matches with Johnson Control’s York furnaces. For HVAC contractors, the biggest appeal is the ease of service. The YHG features a swing-out panel access to electrical controls, diagonal base valves, and removal fan guard.

“We design our equipment for easy install and service,” Axtell said. 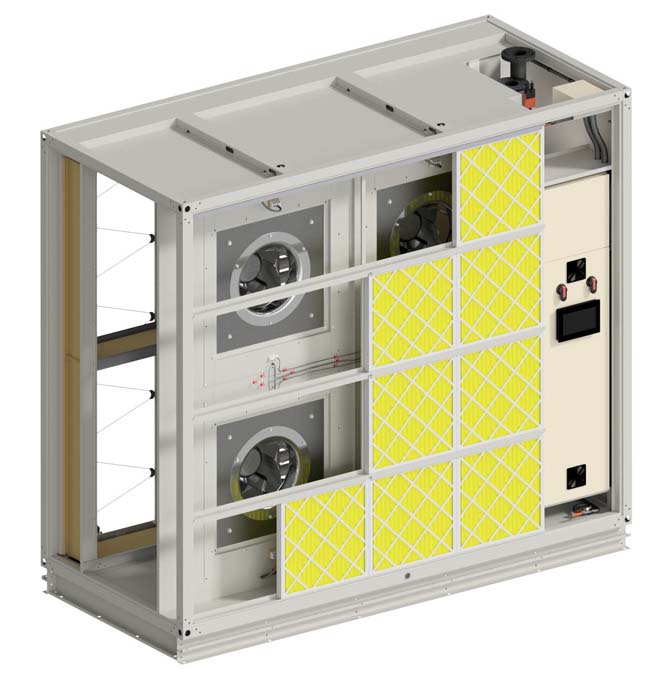 BIG DEMAND: York’s mission critical air handler is designed to meet the unique cooling requirements of data centers. It features a minimal footprint and offers left- or right-hand connections to minimize components, so it can be installed side-by-side with no gaps. (Courtesy of Johnson Controls)

Johnson Control’s York standard ECM air handler line will be redesigned to improve efficiency. This will include a new blower design that requires fewer watts to operate. The units are moving to two TXVs from eight as well.

A new furnace platform will be out in time for heating season. It uses the same blower as the air handlers. Axtell said Johnson Controls sought out extensive customer input for this redesign and it shows in the small improvements that make the units easier to work on.

It no longer requires removing a screw placed at a 90° angle. The switch is part of the assembly and slides out. The flue, which used to get in the way of the control board, was moved forward by 2 inches.

“It sounds simple, but it’s so meaningful to the contractor.”

Johnson Controls also made changes to its air-cooled chillers that make them easier to service. Rob Tanner, marketing director of applied equipment at Johnson Controls, said the new design includes the rearrangement of some components to place them in more easily accessible locations. The way the piping connections are made is one important improvement in this area, Tanner said.

The new arrangement means technicians no longer have to climb a ladder to access components. This makes for a safer working environment. A universal lift lugging that’s keyed in to make easier handling while rigging it.

“This represents the next evolution of a product that we first introduced 10 years ago,” Tanner said.