There has been significant movement at the state and federal levels recently regarding refrigerant regulations, and at a recent webinar, experts from Emerson and AHRI discussed the impacts of these impending HFC phasedown rules. They also discussed the changes that need to be made to building codes and standards before alternative refrigerants — many of which have slightly different flammability characteristics — may be used in stationary air conditioning and commercial refrigeration equipment.

This is shaping up to be a pivotal year in terms of refrigerant regulations, and keeping up with all the latest developments will be crucial for HVACR contractors.

There are several major actions that are taking place at the federal level, including the recently passed American Innovation and Manufacturing Act of 2020 (AIM Act). This gives the Environmental Protection Agency (EPA) the authority to phase down the consumption and production of HFC refrigerants and establish sector-based limits. 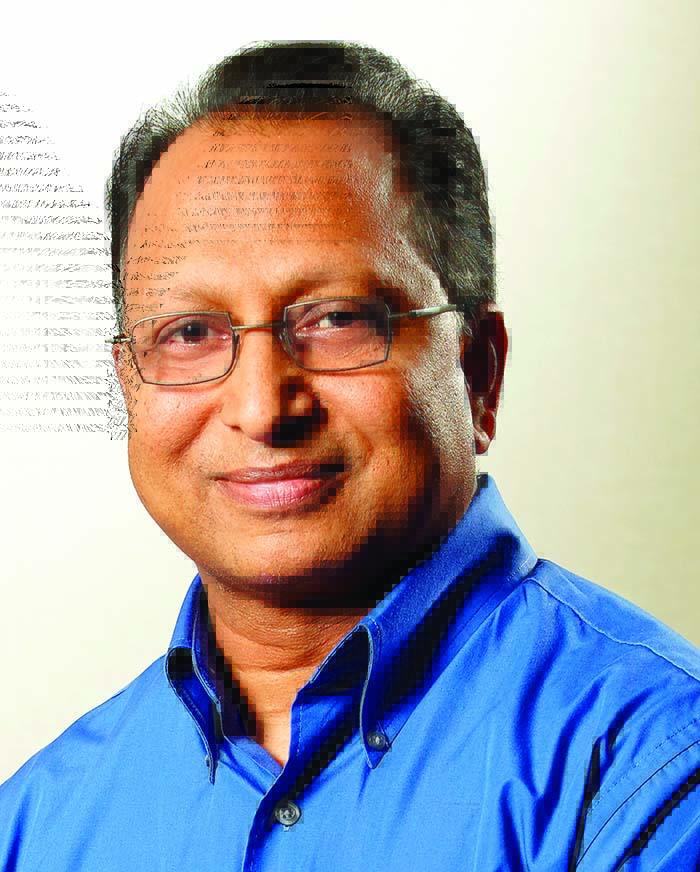 CONTINUED SERVICE: It’s important to note that the EPA will not do something that strands any equipment — that is not in their DNA, said Rajan Rajendran of Emerson. Courtesy of Emerson.

“The AIM Act, which was signed into law on Dec. 27, directs EPA to establish production and consumption phasedown limits that are consistent with the Kigali amendment within the next nine months,” said Rajan Rajendran, vice president, systems innovation center and sustainability at Emerson. “The amendment starts off with the 2011-2013 baseline, then in 2022, the available supply is reduced to 90% of the baseline. In 2024, the available supply will be reduced again to 60%, and then the next big drop is 2029. Those are important dates for the entire supply chain to ensure readiness for this transition.”

The AIM Act also authorizes the EPA to establish standards for HFC management, including the service, repair, recovery, recycle, and reclaim of refrigerant. In addition, stakeholders are developing proposals for a national recovery/recycling program (discussed below), said Rajendran.

“What’s important to note is that the EPA will not do something that strands any equipment — that is not in their DNA,” he said. “So if you already have a piece of equipment, you can continue to service it for as long as you own it. Any specific requirements will focus on allowing refrigerant to be available for existing equipment. Whenever we talk about SNAP [Significant New Alternatives Policy] rules or anything like this, EPA has been careful to make sure that existing equipment can continue to operate.”

Speaking of SNAP rules, EPA continues to work on SNAP Rule 23, which was released last year. This rule proposed listing multiple substitute refrigerants, including the HFOs, R-448A, R-449A, and R-449B, in new medium-temperature stand-alone refrigeration units, as well as several mildly flammable (A2L) refrigerants, including R-454B and R-32, for new residential and light commercial air conditioners and heat pumps, subject to use conditions.

“Industry comments were submitted, and EPA has taken all our comments into account and is determining whether the final rule will need to be reviewed by the Office of Management and Budget (OMB), so we’re still waiting on that,” said Rajendran. “The key takeaway is that the EPA continues to evaluate and list additional substitutes in order for us to move in the direction of lower GWP. That activity is an extremely important one, because no matter what the states do, whether it's California or Washington state, all these states depend on the EPA to actually approve the refrigerants by application. So that is still very much an important function of the EPA.”

“We're impatiently waiting for SNAP Rule 23 to be completed, and there’s more in the queue,” said Helen Walter-Terrinoni, vice president of regulatory affairs at AHRI. “With the change in presidential administrations, there’s a bit of a backlog that they’re working through. But, we should definitely, definitely anticipate more listings. I would also expect to see some more A2Ls and perhaps even A3s on SNAP applications going through the process once the 60335-2-89 standard is complete. I know that there are some proposals that are being held until they have the standard in their hands.”

Two other actions at the federal level that could affect the HVACR industry include the Biden administration submitting the Kigali amendment to the Senate for advice and consent to ratify and rejoining the Paris agreement. Under this agreement, countries are pledging to limit the global temperature increase to 2°C above pre-industrial levels while pursuing efforts to limit the increase to 1.5°C.

“Now, it's an agreement, it's not a treaty, so we're not bound to it,” said Rajendran. “However, there is something called the intended nationally determined contribution (INDC), which is a plan that says what the country is going to do. When the next international meeting on climate change happens on April 22, we think there's going to be some kind of an update to this INDC, which was actually published and issued by the US State Department back in 2015. The U.S. did include HFCs in that original INDC. We will have to wait and see.”

At the state level, California and other members of the U.S. Climate Alliance are moving forward with their own HFC phasedown mandates. California has been at the forefront of this activity, and on Dec. 10, the Board approved the staff proposal. When these regulations are finalized, California will become the first state in the nation to adopt regulations that will require a transition for HFC refrigerants in commercial and industrial stationary refrigeration units, as well as commercial and residential air conditioning equipment. 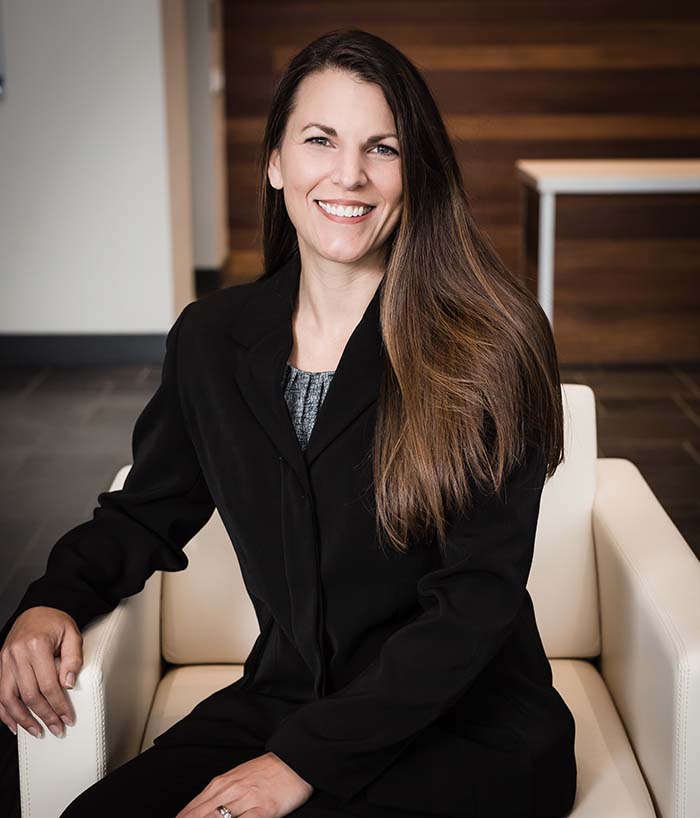 UPDATED STANDARDS: According to Jennifer Butsch of Emerson, in order to use A2Ls in larger charge quantities, it would be necessary to update the standards in order to move forward. Courtesy of Emerson.

Under new rules from the California Air Resources Board (CARB), starting in 2022, there is a 150-GWP limit for new or fully remodeled facilities that utilize commercial refrigeration equipment containing more than 50 pounds of refrigerant. There are varying requirements for existing facilities, which were explained by Jennifer Butsch, director of regulatory affairs at Emerson.

“If you are a retail food company and you have a fleet of stores in California, you need to either meet the 1,400-GWP weighted average across your fleet or achieve a 55% reduction in the greenhouse gas potential relative to 2019 baseline levels,” she said. “Take note that they did change the baseline year; originally it was 2018, now it's 2019.”

On the air conditioning side, there is a 750-GWP limit across multiple end-uses, but the date of implementation is different. CARB is proposing a 2023 date for smaller room air conditioners and dehumidifiers and a 2024 date for chillers, which is consistent with the already adopted SNAP Rule 21.

“They did delay from 2023 to 2025 for residential and commercial air conditioning, and to 2026 for VRF,” said Butsch. “This was largely driven by the fact that building codes currently do not enable the use of low-GWP, lower flammability refrigerants for those systems.”

In addition to the 2025 delay for residential and commercial systems, CARB is implementing a new refrigerant recycle, recovery, and reuse program called R4. This program requires that manufacturers shipping new equipment for use in California calculate the projected refrigerant charge of that equipment for the years 2023 and 2024. Manufacturers must then purchase at least 10% of that amount in reclaimed refrigerant to be used in new systems, said Butsch.

Other states in the U.S. Climate Alliance are also continuing to adopt SNAP Rules 20 and 21, but the dates are end-use specific and start dates vary by state. States including Washington, New Jersey, Colorado, New York, Vermont, Massachusetts, Maryland, and Virginia already have their final legislation in place. Other Climate Alliance states are still in the proposed rulemaking phase.

“Although we are supportive of the adoption of SNAP Rules 20 and 21 into state law, the one thing that we had concerns over was the complexity that the state-by-state approach would bring,” said Butsch. “This hodgepodge melding of dates and different administrative requirements really adds a level of complexity and hence why we as industry really desire one federal approach.”

For this reason, AHRI has been actively encouraging states in the Climate Alliance to move away from SNAP rules and move toward the necessary building codes to enable the federal transition, said Walter-Terrinoni.

“There are 50 states that need to adopt safety standards in the building codes, but even more than that, there are hundreds of local jurisdictions, counties, cities, etc., that need to get that done,” she said. “So we've been encouraging states to move away from the SNAP rules and move towards enabling the transition at the federal level.”

This approach seems to be working, as Washington State is offering new legislation that would require the inclusion of necessary standards into building codes to enable A2L use in air conditioning and commercial refrigeration equipment, said Walter-Terrinoni. They have also added language that would allow them to walk away from the sector-based regulations if there are similar regulations at the federal level.

In addition to a flurry of activity regarding refrigerant regulations, there is a significant amount of work taking place on the codes and standards that would allow the use of flammable refrigerants in commercial refrigeration and air conditioning equipment.

For comfort cooling applications, product safety standards UL 60335-2-40 third edition and ASHRAE Standard 15 have already been updated to allow A2L refrigerants. However, work has already started on the fourth edition of UL 60335-2-40, said Butsch, so improvements will continue to be made as more manufacturers begin using the standard and finding things that they would like modified.

On the commercial refrigeration side, development is underway to update the safety standard, UL 60335-2-89 for the second edition, which covers mechanical, electrical, and refrigerant safety. This edition also includes a provision in Annex CC for refrigerant safety in which equipment using A2Ls must demonstrate that in a leak event, they are able to comply with the requirement for mitigation in the specified test scenario, said Butsch. This standard underwent public review in early February and will undergo a second public review later this year.

ASHRAE Standard 15 also encompasses mechanical, electrical, and refrigerant safety but is largely based on installation requirements and building occupancy type. Butsch anticipates updates relating to the use of flammables in commercial refrigeration will occur sometime this year.

“It does coordinate with the product safety standard, as there’s a lot of overlap between the two,” she said. “Today we’re stuck at the 150-gram limit for A3 refrigerants and 500 grams for A2Ls in commercial refrigeration equipment. To use A2Ls in the larger charge quantities that we would like — and a lot of research has been done to support that — we would need both of these updated in order to move forward.”

As all the speakers made clear in this webinar, progress needs to continue on refrigerant regulations and their corresponding codes and standards in order to meet the 2024 model code cycles and to prepare for the AIM Act phasedown.

Preparing the Workforce for A2L Refrigerants

2020 Is a Pivotal Year for State, Federal Refrigerant Regulations

HVACR Manufacturers Aim to Phase Down HFCs Regardless of Regulations