In May, the Environmental Protection Agency (EPA) prepublished SNAP [Significant New Alternatives Program] Rule 23, which proposed listing multiple substitute refrigerants for refrigeration and air conditioning equipment. For refrigeration equipment, the proposed rule includes the narrowed use of HFOs, such as R-448A, R-449A, and R-449B, in new medium-temperature stand-alone units. For new residential and light commercial air conditioners and heat pumps, the proposed rule lists several mildly flammable (A2L) refrigerants, including R-454B and R-32, as acceptable, subject to use conditions.

Public comments were due July 27, and many manufacturers and associations weighed in with their thoughts and concerns about the proposed rule. For the most part, industry stakeholders seemed happy with the rule, with many expressing their appreciation for EPA’s willingness to remain in the business of approving new low-GWP refrigerants, rather than allowing states such as California to take over that job. However, some expressed concern over whether enough emphasis was being given to the training HVACR technicians must receive in order to safely handle flammable refrigerants. Others noted that chillers were omitted from the latest SNAP rule, and they asked EPA to allow the use of A2L refrigerants in that type of equipment.

In the prepublished SNAP Rule 23, EPA is proposing to list the A2L refrigerants — R-452B, R-454A, R-454B, R-454C, and R-457A — as acceptable, subject to use conditions, for use in new residential and light commercial air conditioners and heat pumps. The rule also lists the A2L refrigerant, R-32, as acceptable, subject to use conditions, for new self-contained air conditioners that are typically larger than room-size (e.g., rooftop units, water-source heat pumps, and ground-source heat pumps) and split systems, which are part of the residential and light commercial air conditioning and heat pump end use.

Contractors and technicians will need to be properly trained in order to safely handle A2L refrigerants such as these, and the HVACR contractor association, ACCA, is concerned that there may not be enough time for that to occur. In comments submitted to EPA, Chris Czarnecki, government relations representative at ACCA, noted that A2L refrigerants pose an immediate concern, as Washington State will already be allowing their use in February 2021, and California may not be too far behind.

“The HVACR industry is already plagued with contractors who take shortcuts to underbid legitimate contractors and businesses that do adhere to relevant rules and regulations to ensure the safety of both workers and homeowners,” he said. “As it stands, this is a severe problem, but the significant change is that if shortcuts are taken with flammable products the consequences will potentially be deadly. Property and lives can be lost without proper training and safety precautions. This is a reality that is on the horizon if regulations for the training, education, and handling of flammable refrigerants are not implemented in the immediate future.”

ACCA is currently in the process of developing training and guidelines for the safe handling of mildly flammable A2L refrigerants, as is the manufacturer trade group, AHRI. Helen Walter-Terrinoni, vice president for regulatory affairs at AHRI, noted that EPA listing A2Ls as acceptable is a necessary step to enable the use of alternative refrigerants.

“There are many jurisdictions that need to adopt safety standards into building codes now that the safety standards are complete as of 2019, and that process started with Washington State, which adopted those standards in 2019,” she said. “AHRI is very pleased to see EPA continue its listing process including new alternatives for both commercial refrigeration and air conditioning.”

Rajan Rajendran, vice president of systems innovation center and sustainability at Emerson, is also pleased to see the EPA approve the use of lower-GWP refrigerants for commercial refrigeration and air conditioning applications. 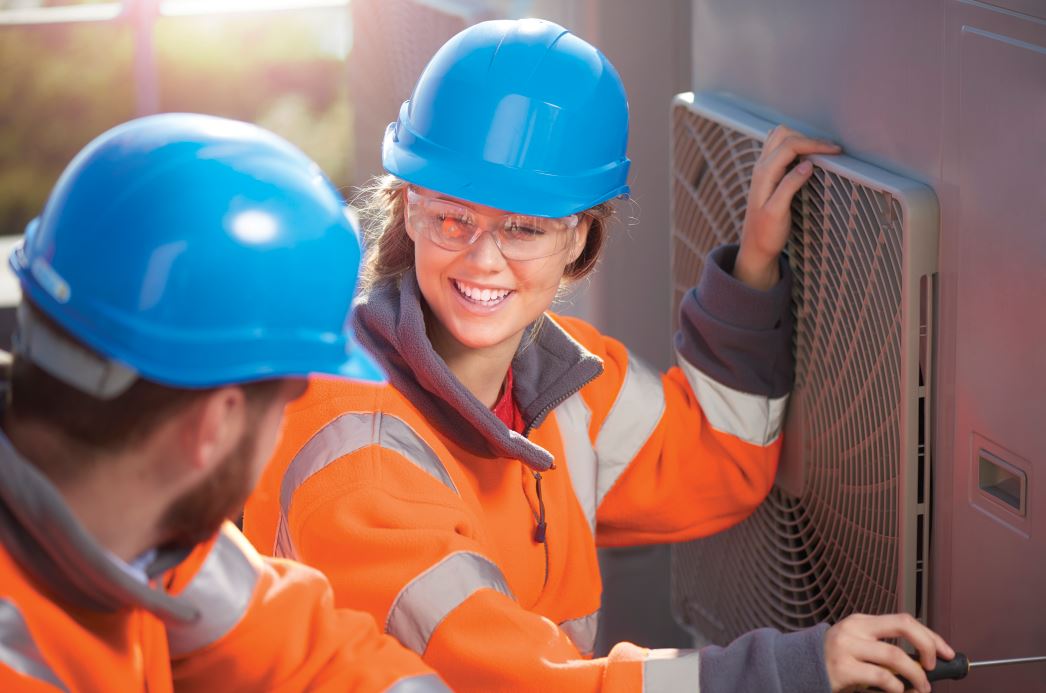 “The HVACR industry relies on federal guidance to provide regulatory consistency across the U.S., and SNAP Rule 23 represents a positive step in that direction,” he said. “This is an indication to industry stakeholders that the EPA has begun approving A2L refrigerants in comfort cooling applications. And this is primarily because the applicable safety standards — developed by the UL and ASHRAE — are now in place to allow for the safe use of A2Ls in these applications.”

As far as the current rulemaking is concerned, Emerson is seeking clarification on Rule 23’s narrow use limits placed on R-448A, R-449A, and R-449B in stand-alone, medium-temperature commercial refrigeration units.

“These refrigerants are used broadly across many applications and provide the flexibility to meet various design requirements,” said Rajendran. “It is our hope that we could potentially remove unnecessary restrictions and/or simplify the guidelines for using these refrigerants within these applications.” 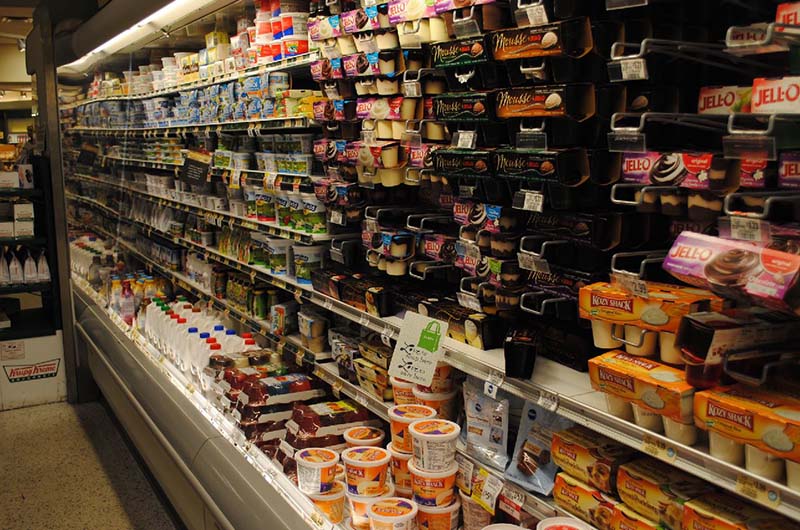 NARROWED USE: For refrigeration equipment, SNAP Rule 23 includes the narrowed use of HFOs, such as R-448A, R-449A, and R-449B, in new medium-temperature stand-alone units.

In comments submitted to EPA, Esther Rosenberg, global regulatory advocacy for The Chemours Co., also objected to EPA’s proposed use limits of these HFO refrigerants, noting that the narrowed use limits impose an unnecessary burden on the industry’s transition away from high-GWP refrigerants. She noted that R-448A, R449A, and R-449B have already been listed as acceptable without narrowed use limits in many types of applications, including low-temperature stand-alone equipment, remote condensing units, supermarket systems, cold storage warehouses, etc.

“EPA fails to provide a rational basis for treating R448A, R-449A, and R-449B differently in this proposed rule as opposed to past approvals and with respect to other approved substitutes that contain higher GWP values,” she said. “Thus, EPA should revise the proposed Appendix W to eliminate both ‘narrowed use limits’ and ‘further information’ with regard to these substitutes.”

In addition, Rosenberg commented that it was not clear why EPA is only proposing that R-448A, R-449A, and R-449B be deemed acceptable for new equipment, without recognizing their acceptability in retrofits as well. For that reason, Chemours is requesting that EPA add and include retrofit use of these substitutes in medium-temperature stand-alone units.

Another issue raised by several manufacturers concerned the issue of approving refrigerants to specific revisions of safety standards. In SNAP Rule 23, EPA references UL 60335-2-40, Edition 3, whereas Edition 4 is already underway and will likely be the basis for the HVACR transition. Unless that changes, EPA may have to revise the approvals every time a new edition is published. That issue was brought up in public comments submitted by Chris M Forth, executive director of regulatory, codes and environmental affairs at Johnson Controls (JCI).

“We strongly urge that the approval of proposed alternatives be contingent upon the completion and harmonization of the governing UL and ASHRAE standards for the safe design and application of stationary air conditioning: UL 60335-2-40 editions 3 & 4, ASHRAE 15-2019, and ASHRAE 15.2P,” he said. “The 4th edition of UL standard 60335-2-40 is currently in its early stages of development and will likely include several updates that OEMs such as JCI will need to incorporate into designs prior to launch. Thus, JCI urges that EPA require the completion of UL 60335-2-40 edition 4 in order for mildly flammable refrigerants to be acceptable alternatives in the stationary air conditioning sector.”

EPA also received many comments from stakeholders wondering why chillers were omitted from SNAP Rule 23. ASHRAE did not offer public comments on this issue but would like to see chillers included in the final rule.

“ASHRAE supports the transition to lower-GWP refrigerants through significant research activities and standard updates,” said Nanette Lockwood, senior director of climate policy and advocacy at the Center for Energy Efficiency and Sustainability at Trane Technologies and a member-at-large of ASHRAE’s government affairs committee. “SNAP Rule 23 proposes refrigerants that have been approved by ASHRAE for some time and are currently listed in Standard 34. However, 15 states have already adopted — or are in the process of adopting — SNAP Rule 21, which transitions HVAC chillers in 2024. SNAP 23 omits approvals for low-GWP R-410A substitutes in chillers, which are likely to be necessary prior to use in other equipment. In addition, low-GWP refrigerants still need to be approved for VRF systems.”

In public comments submitted to EPA, John J. Gibbons, executive director of regulatory affairs at Carrier, also asked for SNAP Rule 23 to allow the use of A2L refrigerants in positive displacement chillers.

“This is critically important,” he said. “Several states have adopted the former [SNAP] Rule 21 that EPA originally developed and chillers will have to convert from use of R-410A by 2024. SNAP approval of the refrigerants listed for unitary products is critical to be extended for chillers. This will include the requirements for machine rooms, which SNAP Rule 23 indicated that the EPA has not evaluated. The easiest way is to include the requirements for chillers is in this SNAP Rule 23.”

Emerson would also have liked to have seen the inclusion of positive displacement chillers in the listing of acceptable uses for the newly approved refrigerants in SNAP Rule 23, said Rajendran.

“From our perspective, we welcome new low-GWP options for residential and light commercial air conditioning and would like to see substitutes such as A2L refrigerants used to replace R-410A for positive displacement chillers,” he said.

Now that the public comment period has passed, EPA will consider stakeholder comments and then prepare the final rule, which will likely take effect approximately 30 days after publication. The HVACR industry is waiting to see what that will entail.

“Considering the global initiative to phase down higher-GWP, HFC refrigerants, the approval of new lower-GWP alternatives is a positive step for the EPA and our industry,” said Rajendran. “It will give manufacturers the confidence to move forward with plans to integrate these approved refrigerants into their product development lifecycles.”