How to Prepare For the HFC Phasedown

Important steps that the HVACR industry should be taking now

The HFC phasedown and impending transition to lower-GWP refrigerants were top-of-mind at the recent AHR Expo. At several educational sessions, industry experts talked about how the phasedown, which started this year with a 10% cut in the production of HFCs, would affect the industry, as well as what steps should be taken to prepare for the move to the new refrigerants, several of which are mildly flammable (A2L).

While some may grumble about yet another refrigerant transition, it’s time to get over it, said Jason Obrzut, director of industry standards and relations at ESCO Institute. That’s because with the AIM Act, which gives the EPA the authority to phase down the consumption and production of high-GWP HFC refrigerants in the U.S. by 85% over the next 15 years, there is no stopping the transition to A2L refrigerants.

“The No. 1 question I get is, ‘When is this coming?’ And I can tell you — yesterday,” he said. “As of today, there are already four states that allow the sale and installation of R-32 units. R-32 is an A2L refrigerant. In Florida, Oregon, North Carolina, and Washington, you can go to the local supply house, buy an R-32 unit, and install it in the customer's home by code. So it's already here. It's just a matter of time before it makes it to your hometown.”

As to when A2L equipment will become widely available in the U.S., that remains to be seen. It will likely be within the next several years, as stakeholders in the HVACR industry, including AHRI, have asked the Environmental Protection Agency (EPA) to ban the use of R-410A in new residential and commercial air conditioning equipment starting January 1, 2025. That date aligns with California’s HFC phasedown regulations, which require a 750 GWP limit for new air conditioning equipment starting in 2025, while VRF system manufacturers have until 2026 in order to comply with the new limit.

The 2025 date comes on the heels of the first big production cut of HFCs, which occurs in 2024. As of that date, HFC production must be reduced to 60% of the baseline established by the EPA, which will likely result in higher prices for refrigerant. Indeed, the effects of the small production cut this year are already being felt in the industry, and that is by design. As Helen Walter-Terrinoni, vice president of regulatory affairs at AHRI, noted, the HFC phasedown is designed to create an economic supply imbalance with demand in order to reduce supply.

“These reduced supply economics are intended to create scarcity and increase prices,” she said. “People have told me that they've seen prices for refrigerants increase as much as five times as what they were last year. And that is expected with this type of regulation — it removes access to the supply and increases prices. The idea is that it motivates companies to transition away from high-GWP refrigerants to lower ones.”

By creating that motivation, the U.S. hopes to avoid the chaos that occurred in Europe when it started phasing down HFC refrigerants several years ago. The problem there, noted Walter-Terrinoni, was a combination of an aggressive phasedown schedule combined with end users who were not properly informed about the transition.

“Europe was very ambitious, and they had a phasedown that was faster than the Kigali amendment,” she said. “They dropped their supply by almost 40% in 2018, and they saw prices skyrocket to as much as 10 times the price of HFCs prior to the transition. One of the reasons that people were not ready is because there were no demand-side regulations. Nobody told end users to change their refrigerant or their refrigeration equipment, so no one was prepared for the transition, and they were left to their own devices.”

The effects of that chaotic transition are still reverberating throughout Europe, and they’re the reason why the AIM Act approaches the phasedown in a very different way. In the U.S., EPA plans to use sector-based controls to control demand. These regulations will limit HFC use for a specific family of products, such as remote condensing units that might be installed on top of a grocery store, said Walter-Terrinoni. For example, EPA could choose to establish a GWP limit for refrigerants used in that sector, or ban a refrigerant such as R-404A entirely.

EPA is still working on the final details of these regulations, which must be finalized by 2023. Once that occurs, the earliest effective date will be one year after publication of the final regulations.

The key to making sure that the U.S. has a smooth HFC phasedown and refrigerant transition is to work together as an industry, said Walter-Terrinoni. 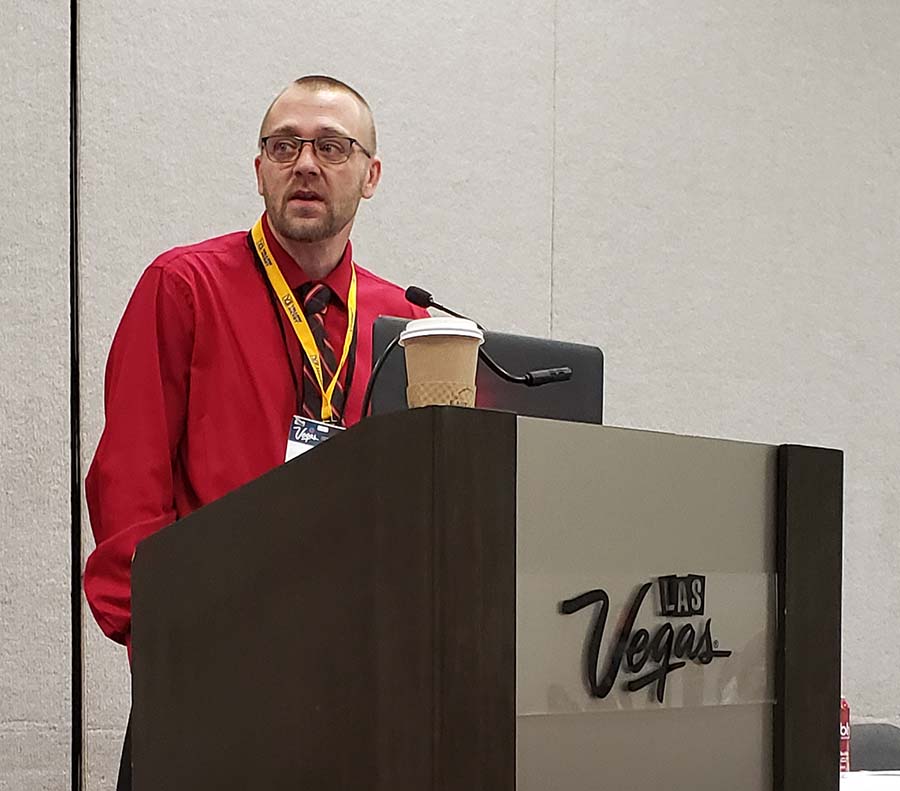 TRAINING REQUIRED: According to ESCO Institute’s Jason Obrzut, anybody who touches refrigerant, whether it’s a wholesaler, manufacturer, technician or contractor, should get A2L training. (Staff photo)

Creating that balance will involve multiple approaches, she said. For example, food retailers could retrofit their R-404A refrigeration equipment with lower-GWP refrigerants such as R-448A and R-449A. OEMs could redesign their equipment to use smaller charge sizes — or they could design new equipment that uses low-GWP or reclaimed refrigerants. Contractors and technicians could be better about recovering refrigerant, as well as using reclaimed refrigerant for service procedures.

One of the biggest issues the industry needs to tackle is reducing refrigerant leaks. Walter-Terrinoni said that about half of all HFCs are used to top off leaking equipment.

“It’s really important that we reduce leaks so that this refrigerant is available for other uses,” she said. “We're going to have a shortage of refrigerant. It's going to become very valuable, and it’s important not to waste it through leaking equipment.”

Training is another important way that the industry can prepare for the transition to A2L refrigerants. Because these are mildly flammable products, additional safety measures will need to be followed by anyone working with this type of equipment.

“Anybody who touches refrigerant, whether it’s a wholesaler, manufacturer, engineer, technician or contractor, should get training,” said Obrzut. “There will be multiple levels of training needed, so start with general safety training and work your way up to manufacturer training. Each manufacturer will have specific training on how their unit works. There's already a lot of training available for A2Ls, so start now.”

Walter-Terrinoni agrees that there is a sense of urgency in addressing the phasedown and the transition to lower-GWP refrigerants. “Future compliance depends on starting now. I want as many people as possible to start thinking about this now, because 2024 is tomorrow. We need to start thinking ahead and be prepared for this.”