Senator Martin Heinrich of New Mexico made news last October when he proposed $1 billion in funding for K-12 schools to make IAQ-related upgrades and reduce COVID risks. He probably did not imagine that his plan would be trumped by the late-year COVID relief bill, appropriating not $1 billion but over $80 billion for K-12 and higher education support to reopen safely.

That money is not for HVAC exclusively, but the Department of Education specifies all manner of HVAC inspection, repair, and replacement as suitable uses.

With IAQ, aging equipment, and subpar HVAC performance an issue for many U.S. schools prior to concerns raised by COVID-19, this is a meaningful opportunity for students, teachers, and HVAC contractors alike.

The Department of Education has followed a standard formula for allocating the money to individual states. Under the law, the states have 12 months to distribute funds to the schools. The procedure in place does allow for private schools to receive a share of locally available funding.

In a recent AHRI webinar, HARDI director of government affairs Alex Ayers said that the law does not include any set timeframe for how quickly the schools must spend that money; a state may apply its own deadline if it wishes. 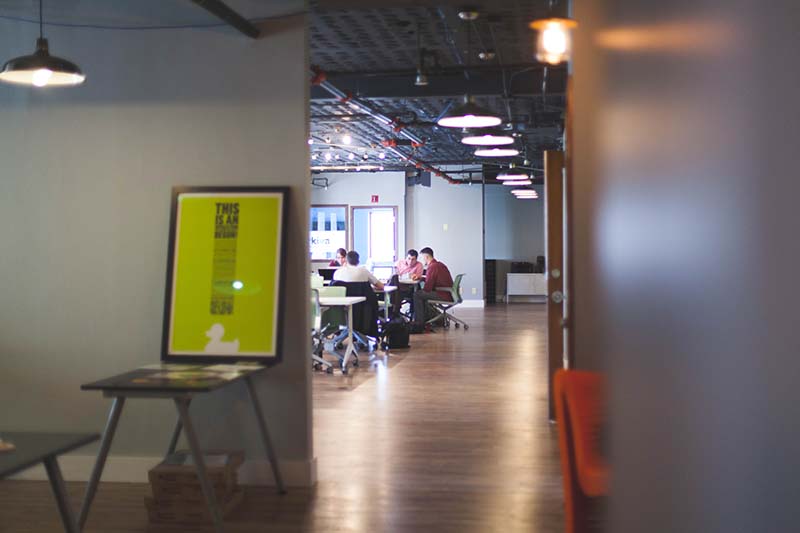 COLLEGE CREDIT: December’s $82 billion extends to higher education’s institutions as well. Like K-12 schools, colleges may need not only IAQ improvements but a better foundation for understanding and supporting proper system performance. COURTESY OF PIXABAY

From there, HVAC needs and priorities will vary from school district to school district, but all districts have needs. As the AHRI webinar demonstrated, countering those needs with a large wave of federal funding raises its own set of questions. One is, “Are schools prepared to replace complete systems?”

“If the funding is there, they’re likely prepared to get the most bang for their buck,” said Charles “Chip” Greene, president of Greene & Associates in Macon, George. Educational and institutional HVAC clients are a core part of Greene’s workload.

“If the school is 25 years old, I think they would seize the opportunity, based on our experience.”

Smith sees schools reviving one layer of general projects that were already on tap but postponed due to lack of funding. And then there are IAQ-challenged schools.

“If the equipment is less than five years old, you won’t replace it,” Smith said, “but you can use any number of technologies to improve IAQ,” he said. Smith expects that some schools with established mold or mildew problems may now get moved to the top of the list in their districts.

Cale Campbell, P.E., DBIA is senior vice president and division manager with Havel, a part of the EMCOR universe and a contracting firm that does substantial K-12 work.

Campbell encourages schools to consider upgrading their air handling units to improve filtration and ventilation. Digging deeper, he advised schools to “look to upgrade central plants to assure adequately sized central heating and cooling is in place for any increases in ventilation loads” as well as to improve efficiency.

He expects air purification to enjoy a higher profile, and those upgrades could comprise added UV lighting, needlepoint ionization, and/or improved filtration media.

No matter the exact scope of work, Greene said that many districts are underprepared in one way.

“It’s extremely frustrating that many school systems and government entities don’t do a good job of prequalifying their contractors,” he said, adding that his firm strongly encourages their clients to do this.

“Do you understand a chilled water system? Equipment with ECM motors? That kind of thing. Something to give assurance to the owner that a bid is backed up by competence.”

Smith added that a district may well have access to excellent design engineers and skilled distributors, “but at the end of the day, you’re beholden to who’s doing the installation. The owner has to live with it for the next 15 years.”

That is why, as AHRI and HARDI spread their Six Steps To A Safer School information campaign, enlisting a quality contractor is step No. 1.

Designating a large batch of federal funding doesn’t bring any particular contractor closer to landing one of these projects. HARDI’s Ayers said that contractors should start by walking the school district’s building officials through an assessment of current conditions.

If a contractor doesn’t enjoy that level of familiarity yet, Smith and Greene offered questions like, “Can I help you verify your system is operating like it’s supposed to?” or “Are any of your schools having humidity issues?” as just a couple of ways to open a conversation that might identify existing needs.

Ayers pointed out that many schools use MERV 6 or MERV 8 filters. School officials need to understand that upgrading filtration with an eye toward goals like reducing COVID spread entails a host of related considerations about the rest of a system’s capabilities.

Hasty or half-informed “upgrades” can create their own costly problems without fixing the IAQ issue, and contractors are in a prime position to establish themselves as a resource to avoid that type of mistake.

If a contractor is coming in fresh to a school district and its potential opportunities, Smith advised that “a commercially oriented distributor may be a great source as far as what technologies are accepted or favored” in a given district.

Greene added that distributors have already been sharing white papers as players in the market are engaged in preparing for these projects.

Individual contractors should also consider the size of the district they have in mind as they consider how to reach out.

“School districts will vary on expertise regarding these funds,” Smith said, “especially if they have a key person tracking grants and things like this.”

For a larger district, Greene said, “you’d reach out to the facilities director or capital projects department,” wherever that decision maker resides.

With smaller districts, a contractor might try to partner with the person most in touch directly with the building systems, then move to who handles the funding in that department, building on those contacts to explore upgrade opportunities.

And then there’s no harm up front in just having a look.

“You can learn a lot just by doing a drive-by,” Greene said, referring to building sizes and visible equipment.

He also makes sure his team communicates well internally to distribute whatever knowledge they do have — project managers talk with the service department to formulate the best possible approach.

One way or another, an amount of financial support unprecedented in recent times is landing in school budgets nationwide almost simultaneously, and an interested contractor has to find the way into the conversation.

“It’s all about relationships,” Greene concluded. “It might be a long haul, but you have to get in there, get to know them, understand their needs.”

The Other Half of the Battle

Good equipment properly installed can make a real difference in not only the education but the basic health of a student population. However, the difference between “can make” and “will make” is crucial and can be summed up in two areas: maintenance and controls.

Maintenance is already not a strength in many districts. That is commonly due to funding limitations and its effect on the number and expertise of facilities staff. Unfortunately, maintenance is often in a different budget line than equipment and can get chronically overlooked. This gap is not where the trouble starts, but where it starts to take its toll.

Chip Greene of Greene & Associates said that the biggest issue is understanding how all the different pieces of the system work together.

He gave an example of “the dedicated outside air system goes down, they don’t fix it, and then don’t understand why the humidity is high,” or even worse problems develop.

Vaughan Smith of Bard Manufacturing has seen districts say they are building three new schools but are cutting staff due to budget pressures.

In rural areas, Smith said, there may be one or two maintenance staff for the entire school system.

“You can leave that [new] system in great condition, but if it’s just left to run on its own, filters may not be changed, or belts checked, then effectiveness begins to deteriorate pretty quickly.”

Greene said it can be difficult to convey the importance of outside air. He has seen cases in humid situations where the cooling dropped and the staff might “go and shut the dampers first, which is the worst thing they can do.”

Controls can help, but they are another component that can be substantially underutilized.

“A lot of districts are handed controls that can do a lot for the system, but nobody understands the system,” Smith said. From designer understanding on down, it is important to give schools something they can maintain and actually handle.

As public priorities shift from energy efficiency to IAQ and safety, Havel’s Cale Campbell sees maintenance as becoming all that much more important.

“We would expect to see the frequency of maintenance increase, with increasing levels of tasking and required documentation required as well.”

Bard’s Smith hopes that some of this funding might help schools to cover the additional maintenance. He cites the need for additional changeouts when it comes to higher MERV filters, and “they’ll have to track better systems more closely than they have in the past.”

When maintenance support doesn’t track with equipment investment, a district will not get its money’s worth from either. But even before that, educated and equipped maintenance support must start with clients who are properly informed to make good, practical decisions.

The enthusiasm gap between investing in equipment improvements and assuring the resources to keep it all working as designed is an area where manufacturers and contractors alike can improve the long-term results. Those who do will likely benefit.

The room for more informed decision-making is not limited to K-12 or smaller district settings, either.

“We did a science building for a university,” Greene recalled, “and they just about croaked.” After the entire planning, design, and construction process, the school reported back that “it’s using more energy than just about any building on campus.”