This website requires certain cookies to work and uses other cookies to help you have the best experience. By visiting this website, certain cookies have already been set, which you may delete and block. By closing this message or continuing to use our site, you agree to the use of cookies. Visit our updated privacy and cookie policy to learn more.
Home » HVAC Contractors Should Make the Most of Furnace Season
HVAC ContractingNewsBusiness ManagementHVAC Residential MarketFurnaces

HVAC Contractors Should Make the Most of Furnace Season

“The replacement market should be strong for the next four or five years, based on historical shipment data,” said Matt Michel, president of Service Nation Inc.

But what about the furnace business for the winter this year? That is harder to pin down, according to Michel. The timing for any standout year in that window will depend on weather and consumer confidence.

The recent election reduced but did not eliminate another variable risk: politically related uncertainty. While majority control of the U.S. Senate will not be determined until early next year, Michel sees the prospect of divided government as generally good news for business, as it “tends to constrain politicians from doing too much damage on a macroeconomic basis.”

Brian Loftus, HARDI’s benchmark analyst, has a single expectation to share with contractors.

“Suppliers will be challenged to provide adequate inventory,” due either to their own production catch-up challenges, the strain on the transportation network in general, or both.

Recent distributor-focused coverage by The ACHR NEWS found similar concerns, and the situation may vary considerably from area to area. Like distributors, contractors should be ready to observe unemployment and consumer spending in their own localities and make adjustments.

Loftus said that if he were to set aside the supply issue, he would expect a good season comparatively speaking, given the warm temperatures of the first quarter 2020.

All told, he estimates 3.1 to 3.3 million units shipped this season, with “unusual weighting” to first quarter 2021.

“I would bet on closer to 3.1 million units sold,” Loftus concluded.

Loftus’ anticipation of heavier activity after the New Year happens to echo a couple of prominent forecasts — not for business but for weather. Farmer’s Almanac and AccuWeather put later-winter snow on the radar for the east coast.

The upper Midwest has also received predictions for an especially cold winter. Anyone who has already seen the snowy social media posts from friends in Montana and nearby knows that prognostication is off to a solid start.

Look Back To Look Ahead

Recent metrics may not bode that well, but they also need to be taken in the right context.

Dodge Data & Analytics reported that for September (the most recent month available), total construction starts dipped 18%. Residential building starts decreased 21%, although that is three points better than the nonresidential data. The slip essentially took back gains from the previous month. 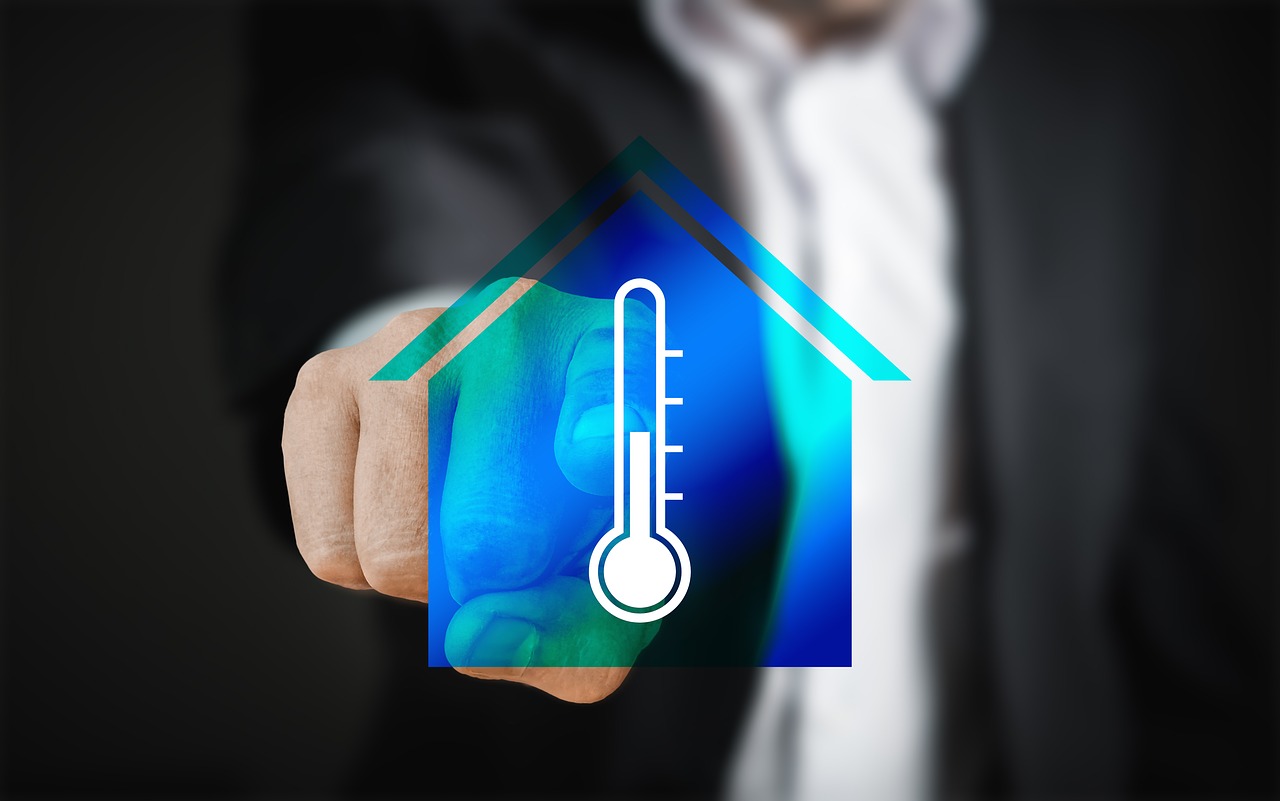 PAIRING DEVICES: Furnaces may lack the visibility and trendiness of today’s smart thermostats, but they aren’t competing with each other. Tap into smart-tech popularity and bundle devices like that as part of a furnace system upgrade.

“While some of this decline is certainly payback from several large projects entering [their] start in August,” the Dodge report said, “the drop in activity brought total construction starts below levels seen in June and July.”

Michel noted, as others have, that the residential market has managed to fare pretty well to this point in the year.

“New construction is being strengthened by an exodus from the cities to the suburbs that began with COVID,” he explained.

On the other hand, Service Nation’s strategic partners have experienced the commercial dip seen in the Dodge data. Michel sounded optimistic that much of that work is just delayed and not disappeared, with a commercial spike to come once the nation has a better handle on the virus.

Latest AHRI numbers for gas warm air furnaces shipped in September show a hefty 22.4% increase over September 2019 shipments. That strong performance closes the year-to-year gap inside of double digits, with 2020 shipments now down 9.7% compared to this point in 2019.

The story for oil furnaces sounds similar, if on a much smaller scale. At 5,388 oil furnaces outbound in September, that’s around 1.5% of the gas category, but it reflects an 8% improvement in the month over September 2019. Oil furnaces have done a little worse than their gas counterparts on the year as a whole, now down 15.5% compared to the same point in 2019.

Fuel and The Package Effect

The pandemic has brought a host of changes, but COVID-19 effects pile on top of, not instead of, trends that were previously in motion. Contractors may see them continue to shape demand.

Electrification and the move away from customer fossil fuel use continues, propelled by utility and government initiatives or bans on hookups in new construction. Michel expressed some doubt about the movement’s premise.

“It’s hard to imagine that the environment is better off from power generated through burning gas or oil in combustion turbines and wheeling it across the grid to drive heat pumps and resistance heat, [compared to] using high-efficiency, low-NOx natural gas furnaces at a residence.”

For now, contractors can expect demand to tilt toward electric options in places susceptible to decarbonization regulation and incentives.

Another either/or involves high efficiency versus standard units and their tradeoffs. The environmental advantages may come to mind for many, but Michel observes a business angle for the earth-friendlier path, too.

“Contractors will continue to push higher efficiency, since this results in greater gross profit per man hour,” he noted. Michel pointed out another compelling factor in the form of modern equipment product and controls designs that make higher-efficiency equipment more appealing as part of a package.

Maintenance agreements open the door to a seasonal evaluation that can potentially lead to a discussion about repairing or replacing a furnace or system. How often do those appointments contribute to a replacement?

“One out of 10 is the expectation,” Michel said.

When asked for specific keys to keeping furnace installations profitable, Michel focused not on technique or training but on accountability.

“The single best move a contractor can make is to institute performance pay so installation technicians take responsibility for efficient, organized installations.”

Options like filtration, purification, and duct-mounted central humidifiers can be natural opportunities. Connected home products continue their own upswing in popularity. Michel encourages contractors to manage that interest by bundling connected home products with the HVAC system replacements “to excite customers and further differentiate their offerings.”

Finally, when it comes to doing a better job offering or educating about customer choices this furnace season, one of the most significant keys may not be found in a box or on a truck.

“Selling with financing is incredibly important,” Michel said. Spreading the expense into smaller payments that align better with the actual life of the product is a plus, and it can turn the conversation back around nicely from installments to installations.