This website requires certain cookies to work and uses other cookies to help you have the best experience. By visiting this website, certain cookies have already been set, which you may delete and block. By closing this message or continuing to use our site, you agree to the use of cookies. Visit our updated privacy and cookie policy to learn more.
Home » HVAC Contractors Look at Weather Forecasts and Prepare for Winter
HVAC ContractingNewsHVAC Residential MarketHVAC Light Commercial Market

HVAC Contractors Look at Weather Forecasts and Prepare for Winter

“We put a bit of stock in weather forecasting, but really, we had a very mild winter last year, and odds are that in New England, we’re due for a good, cold winter.”

As it turns out, Wood’s hunch gets backup from two more well-known meteorological prognosticators: AccuWeather and the Farmers’ Almanac. Both advise New Englanders to not expect a second straight mild winter. AccuWeather emphasizes the chilly temperatures, while Farmers’ Almanac has a classic later-winter east coast blizzard in mind, dumping a foot or two of snow from Washington to Boston.

AccuWeather sees the late-winter snow as the back half of a wintry bookend. It expects a cold snap to lead off the season, followed by a milder stretch in the middle for much of the country thanks to a relatively strong polar vortex. Many will recall exceptionally cold temperatures coming down from Canada last winter when the vortex did not hold up as well and dipped unusually far to the south.

AccuWeather senior meteorologist Paul Pastelok advised in his online winter forecast that “an early-season chill is expected in the Great Lakes, Ohio Valley, into the Northeast.”

Beyond late-season snowstorms for the eastern half of the country, the two national forecasts share one other prediction: above-average accumulations for the upper Midwest.

The short-term climate crystal ball sees rather unsurprising things for much of the rest of the United States. Fairly dry in the Southwest. Wet and sometimes windy in the Southeast and Gulf Coast, with the Southeast feeling somewhat lower temperatures than usual.

The Great Lakes can count on some snow to go with its chilly temps, while the Midwest can look forward to alternating storms and calm. The Tennessee and Ohio Valley areas often tend to ride that line between ice and snow and rain when storms pass through, and 2020-2021 does not indicate much different at this point.

Matt Rafferty has seen business start to pick up lately. Rafferty is general manager for service at Burns Mechanical, just north of Philadelphia in Horsham, Pennsylvania.

“We see money starting to loosen up and projects being awarded now,” he said. “But as long as people continue to work from home, service repair calls will be lower than usual.”

Alex Peterson, owner of 911 Heating & Air in Milwaukee, doesn’t dabble in forecasting, but he cites the pandemic-driven increase in hours spent at home as reason to expect a busy season. His customers have demonstrated more concern about system reliability than ever before.

As Boston Standard’s Wood put it, “we’ve all been subjecting our homes to commercial usage” and as a result, many systems have taken a comparative beating.

Peterson noted one other welcome trend as his company transitioned into colder months.

“We have received a higher percentage of quote approvals on larger projects than we would normally expect this time of year.”

To Stock Up (Or Stock The Same?)

Touching on a niche option that has become a trend among certain business sectors, Rafferty mentioned that Burns Mechanical has tried paid forecast services in the past. His company found that they were not accurate enough to justify using as part of its planning process.

911 Heating & Air doesn’t use them, either. Peterson finds that keeping an eye on the day-to-day forecasts works well enough. When it comes to winter-specific inventory, Peterson has found “it does not benefit us to stock inventory for anything other than standard repair parts.”

What Peterson does do is have his supplies deliver directly to the job site to save time and effort.

In Boston, Wood’s team adjusts for themselves and customers alike, stocking up on space heaters and salt and shovels. As for HVAC equipment itself, they’re feeling a limited availability pinch for the first time.

“Boilers are not something we’ve ever seen a shortage of, but we are preparing by notifying our vendors of upcoming orders as soon as we receive a sign-off from the customer.”

Burns Mechanical has found success with a different type of winter prep.

“We know that we need to rely on service project work in the winter more than the summer,” Rafferty explained, “so we help our clients with capital budgeting and planning.”

In addition to those customers appreciating the assistance, this tactic has the second-level benefit of helping Burns plan out its own winter workload better, too.

In much of the U.S., each winter starts to stretch a contractor’s capacity at some point. Notably, Wood and Peterson react not with any special adjustment but by emphasizing what their teams can control.

“We always hit that part of the year where demand exceeds supply,” Wood said. “And it is at that moment that we need to do our best work for our customers.”

For Peterson’s part, for “winter operations, we continue to focus on attention to detail and providing consistent, quality service every time.”

Reminding that it only takes one unhappy customer to spoil a great reputation, Peterson subscribes to this approach because it is also a key to “keeping the referral train moving and continuing to generate new customers without additional advertising dollars being spent.”

Lake Effects and Other Fallout

Digging further into that conventional wisdom, Peterson sees it play out more on a week-to-week or even day-to-day basis. As the pros would confirm, Peterson said the Milwaukee area can experience some large swings in temperature.

But “if we’re having a week of really cold sub-zero days,” he said, the urgency is greater, “so therefore customers’ tendency to approve or disapprove repairs is quickened. They may be less likely to get other quotes on a replacement.” 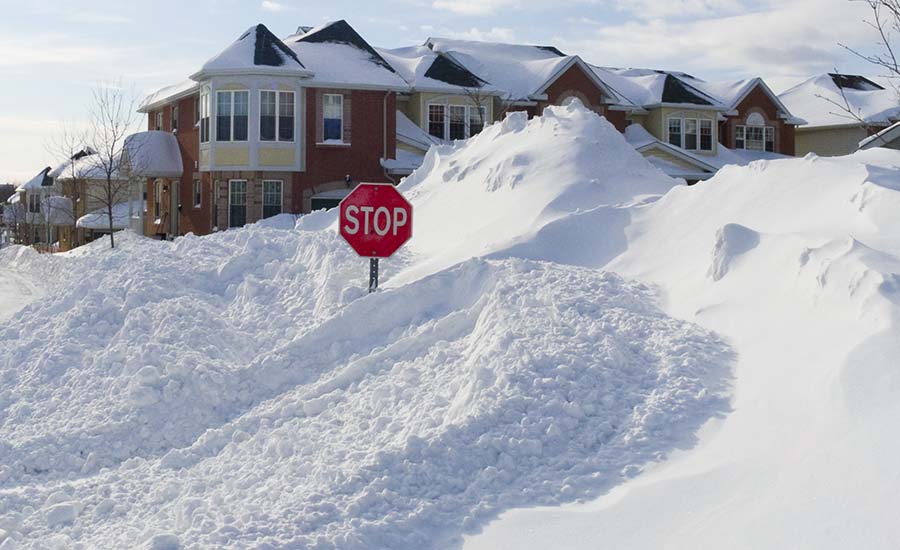 IT'S A SIGN: Customers who survived a harsh winter may think twice before trying to put off that repair or replacement for one more season. Image courtesy John Talbot, CC 2.0

Of course, no customer likes to feel like they are up against the wall with no time to save or even do some research. To that end, 911 Heating & Cooling will encourage the repair to get the heat on, but will offer to subsidize the cost of that repair if the customer then chooses to replace. Peterson says this approach works well.

“We have found that these customers tend to be happier overall with the experience since some of the pressure has been relieved.”

He acknowledged that certain major failures don’t leave room for this type of offer but said that they make up a small percentage of the breakdowns he sees.

“Preseason, regular thorough maintenance is a great time to catch those types of failures since the urgency is low” and the customer does not have to rush a decision, he added.

Finally, when the worst is over, does a harsh winter have any lasting effect on customer attitudes? Wood believes it does “stick around, mentally speaking, for at least a year.”

He sees the experience as helping to move “the consumer who maybe ‘made it through’ with their system last year” to do the repair or replacement they had managed to survive putting off.

Contractors might consider that as a marketing approach the following spring in areas like New England where, it seems, nobody is willing to wager on two mild winters in a row.