Several A1 refrigerant solutions are available for comfort cooling applications

With the recent publication of the Environmental Protection Agency’s (EPA) proposed new SNAP [Significant New Alternatives Program] Rule 23, the HVACR industry has been focused on the possible use of mildly flammable (A2L) refrigerants such as R-32 and R-454B in comfort cooling applications. But there are several nonflammable (A1) alternatives to R-410A available that are also designed to be used in a wide variety of residential and commercial cooling equipment.

Manufacturers of these nonflammable solutions believe that their alternatives will cause the least amount of disruption for HVACR contractors and technicians, as they require no special tools and no additional training. For OEMs, switching to an A1 alternative would require minimal changes to their existing equipment, and as of right now, one alternative even offers the ability to be retrofitted into existing equipment.

According to Chris LaPietra, vice president and general manager at Honeywell Stationary Refrigerants Solstice, R-466A shows similar performance with capacity within 2% of R-410A, with up to 5% higher efficiency at high ambient conditions. The discharge temperature of R-466A is close to R-410A and does not require any discharge temperature mitigation, even at extreme operating conditions. 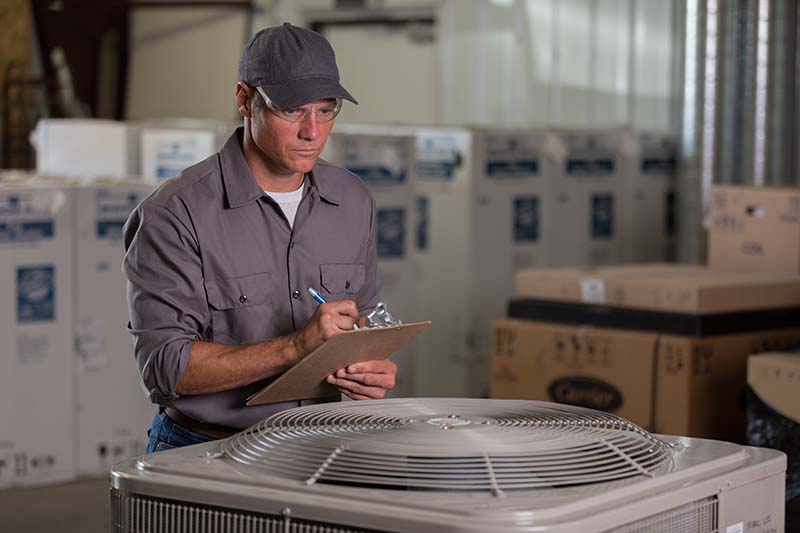 When compared to other alternatives to R-410A, he noted that, “R-466A offers capacity and efficiency similar to R-454B and a significantly lower discharge temperature than R-32. It has a small glide (1.1°C), which is similar to R-454B, leading to minimal impact on cooling and heating performance.”

R-466A was developed to replace R-410A in larger charge (>1 pound per unit) residential HVAC applications. Depending on the system design, the charge size will be 10-15% higher than R-410A, said LaPietra, but the procedures for charging will be similar to other Class 1 refrigerants such as R-410A. At this stage, R-466A is intended for new equipment only, but Honeywell is working to allow for retrofits.

“That would be a game changer, since A2Ls cannot be retrofitted into current systems,” he said. “Because of its nonflammability and close performance to R-410A, we could introduce a retrofit where we replace the condensing unit only. Like other new refrigerants, retrofitting needs further evaluation as it also depends on the installed base, which can vary significantly.”

Manufacturers have taken notice of R-466A, and companies including Toshiba Carrier, Midea, Parker Hannifin-Sporlan Division, and Sanhua are actively evaluating the new nonflammable refrigerant in their HVACR systems and components. To date, LaPietra said that extensive testing with R-466A has been completed by over 15 OEMs and leading compressor manufacturers, with more than 65,000 hours accumulated in different applications like commercial air conditioning (VRF, rooftops) and residential air conditioning (unitary).

“Earlier in 2019, Toshiba Carrier recognized R-466A’s potential as a R-410A replacement to meet requirements under the Kigali Amendment in Japan,” he said. “Toshiba’s testing findings found that efficiency, cooling, and heating capacity of VRF systems using R-466A is very similar to those using R-410A. The company also found the life-cycle climate performance, including direct and indirect emissions, is 30% lower than R-410A. In addition, they found the design pressures of R-466A are slightly lower than R-410A, reducing the need for system redesign, which lowers conversion cost.”

Indeed, Honeywell contends that the use of nonflammable R-466A may provide up to a 20% reduction in system costs for a VRF OEM when compared to flammable alternatives such as R-32 or R-454B. That’s because as a nonflammable refrigerant, R-466A does not require safety mitigation measures such as sensors in the U.S. residential market, thus reducing system costs and eliminating the need for additional contractor training or increased home insurance.

In addition, R-466A will not require code changes, which is significant, given that in the U.S., building and related safety codes have not yet been properly defined and updated to allow for the safe design, installation, and maintenance of larger charge residential HVAC equipment that use flammable refrigerants, said LaPietra.

“One of the most critical components of this process will be the industry establishing sufficient training and safe handling practices for its contractors,” he said. “Prior to the release of A2L refrigerants into the market, the industry must ensure that the contractor base and supply chain personnel are trained and equipped to manage the additional risk of these refrigerants in residential and light commercial applications. Industry and standard organizations are also considering the design and incorporation of sensors, valves, and other risk mitigation equipment to minimize flammability risk.”

As for a date by which R-466A will become available in new units, LaPietra said that it is in the advanced stages of commercialization, and OEMs are evaluating the refrigerant to ensure performance and compatibility with their equipment. He said that Honeywell is working with OEMs to ensure equipment will be available in time to meet California Air Resources Board’s (CARB’s) mandate, which proposes a GWP limit of 750 for all new stationary air conditioning systems (residential and commercial) starting Jan. 1, 2023.

Earlier this year, ComStar introduced to the U.S. market the nonflammable (A1) alternative RS-53, also known as R-470A, which can be used to replace R-410A in both new and existing R-410A equipment, with no equipment design or component modifications required in either case.

R-470A was initially invented for the European market, where stricter GWP reduction regulations and financial incentives for using low-GWP refrigerants are in place. ComStar is introducing R-470A to the U.S. market in response to pending state and federal legislation that is designed to phase down high-GWP refrigerants such as R-410A. Given that R-410A systems are ubiquitous worldwide and many units will remain operational for 15 to 20 years, ComStar saw the need to offer a “drop-in” replacement, in case the availability and price of R-410A become an issue, said Steven Mella, CEO of ComStar International Inc.

“R-470A was formulated to be safe and compatible with R-410A compressors, system components, and oils,” he said. “R-470A has similar properties to R-410A, including discharge pressure, discharge temperature, energy efficiency, and cooling capacity, which enables it to be a suitable replacement. And there are no other current alternatives that can be retrofitted into existing R-410A equipment.”

R-470A is suitable to replace R-410A across a range of applications, including residential, commercial, and larger cooling systems, said Mella. When retrofitting an R-410A system with R-470A, ComStar offers the following guidelines:

“R-470A is nonflammable, easy to retrofit without any system changes, and performs in a similar way to R-410A with less than half its GWP,” said Mella. “It is also the only refrigerant on the market that can readily replace R-410A in both new and existing equipment.”

Given the growing momentum to phase down HFCs at the state and federal level, end users will soon be looking for low-GWP alternatives that will satisfy their comfort cooling needs. With several mildly flammable (A2L) and nonflammable (A1) solutions currently available and possibly others on the horizon, they will likely have several options from which to choose.