A2L Refrigerant Integration and Its Impact on HVACR Service Calls

Differences will affect what to bring, safety procedures, and scope of service

Politicians and industry professionals like those on the AHRI Safe Refrigerant Task Force continue hashing out the particulars of how and when, but A2L refrigerants are set to become a part of daily life for more contractors over the next few years.

For those who already have logged some A2L experience, and for the many others who have not, what will greater A2L use mean for typical calls and service?

“The most important thing is to verify the system is designed for use with an A2L before beginning any work,” emphasized Jennifer Butsch. Butsch is manager of regulatory affairs for Emerson.

She added that in general, charging and other best practices are expected to be “largely the same” and possibly even more important for safe handling of A2Ls.

Updated signage standards and/or the data plate will reinforce the point, but this step becomes the most essential of essential tasks. National Fire Protection Association engineer Alex Ing said that this verification will be as critical as it is obvious, especially while hundreds of thousands of units relying on other refrigerants remain in use.

“Incorrectly charging an appliance with a more flammable refrigerant can result in catastrophic failure,” Ing said. 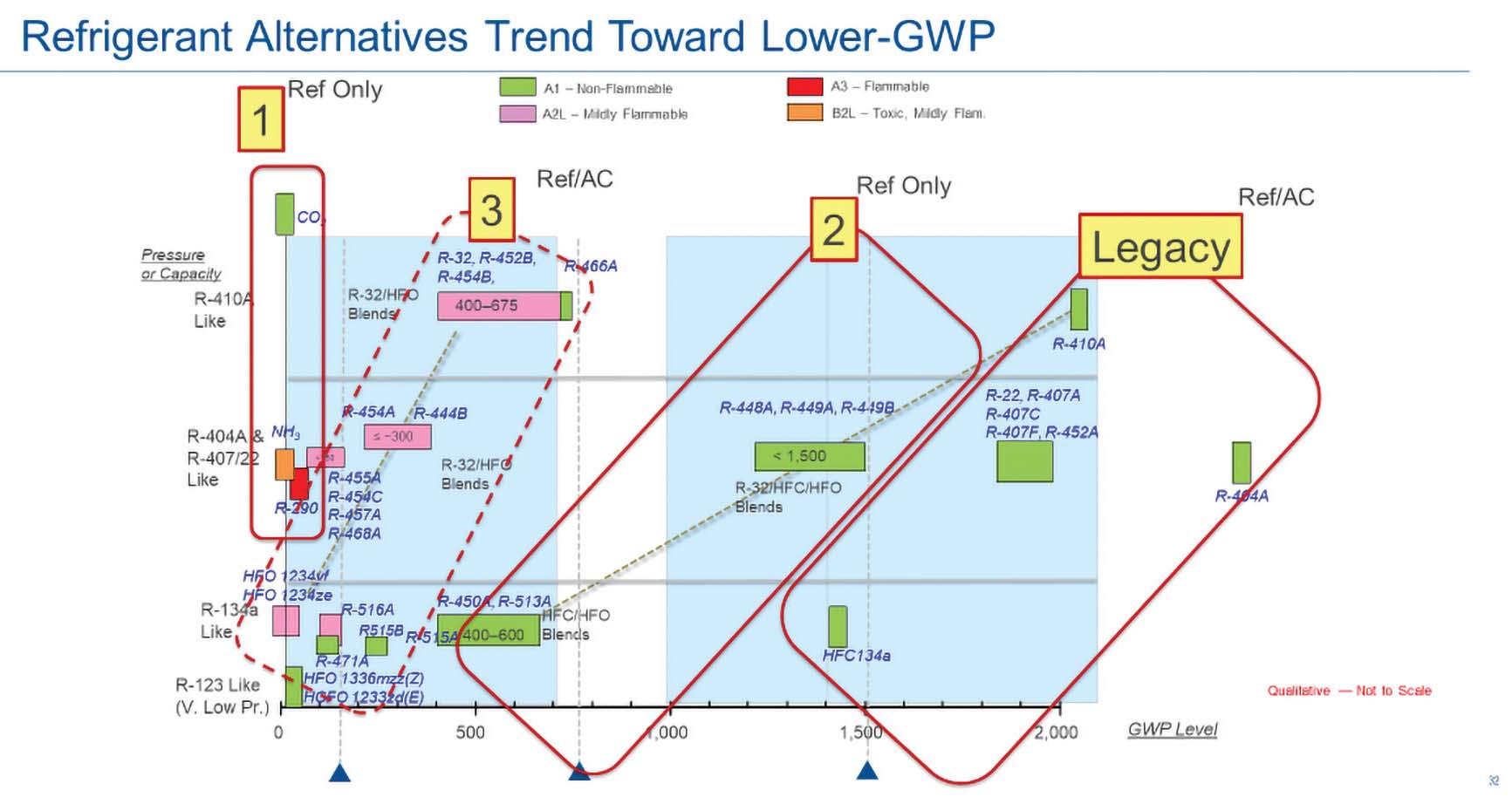 REFRIGERANT MAP: Familiar to those following the long path of refrigerant discussions in recent years, this graph from Emerson outlines different refrigerant categories and performance.

The transition to A2Ls will also alter what a contractor might need to get into the work at hand.

Butsch qualified that it is too early to talk details, as the major intra-industry workforce continues to work out standards and recommendations. Still, she said “it is likely technicians will need some new equipment, such as recovery machines, as these need to be designed and rated for use with flammable refrigerants.”

“A2Ls are heavier than air and will displace oxygen, and atmospheric monitoring should be conducted to prevent asphyxiation.

“Since A2L is flammable, combustible gas monitoring should also be conducted to monitor refrigerant levels. The combustible gas detector (CGD) used needs to be able to detect the refrigerant being used. For example, CGD that are calibrated for hydrocarbon refrigerant detection (R-290, R-600) will not accurately detect A2L, which have a different molecular structure and will require different calibrated detectors.” 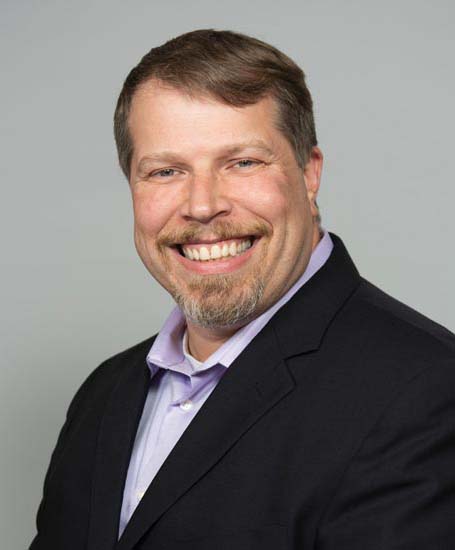 Even then, as Spletzer pointed out, “most of the common service tools used today with group A1 (nonflammable refrigerants) will still be acceptable for use with A2Ls.”

Spletzer cited other assistance that will come built-in to decrease risk. As previously reported, A2L cylinders will come with left-handed threaded fittings to make it that much harder to do the wrong thing.

Ing offered two pieces of advice here: Use a tubing cutter instead of a torch, and the frostbite hazard in the event of a refrigerant release remains with A2Ls just as with others, so proper protective equipment remains necessary.

Changes in what a tech brings to a site will be complemented by changes in the units they service and, in some cases, the areas where they reside. Contacts for this article expect a new range of minimum room size requirements, although that obviously raises a new set of questions for existing systems and spaces with limited ability to expand. 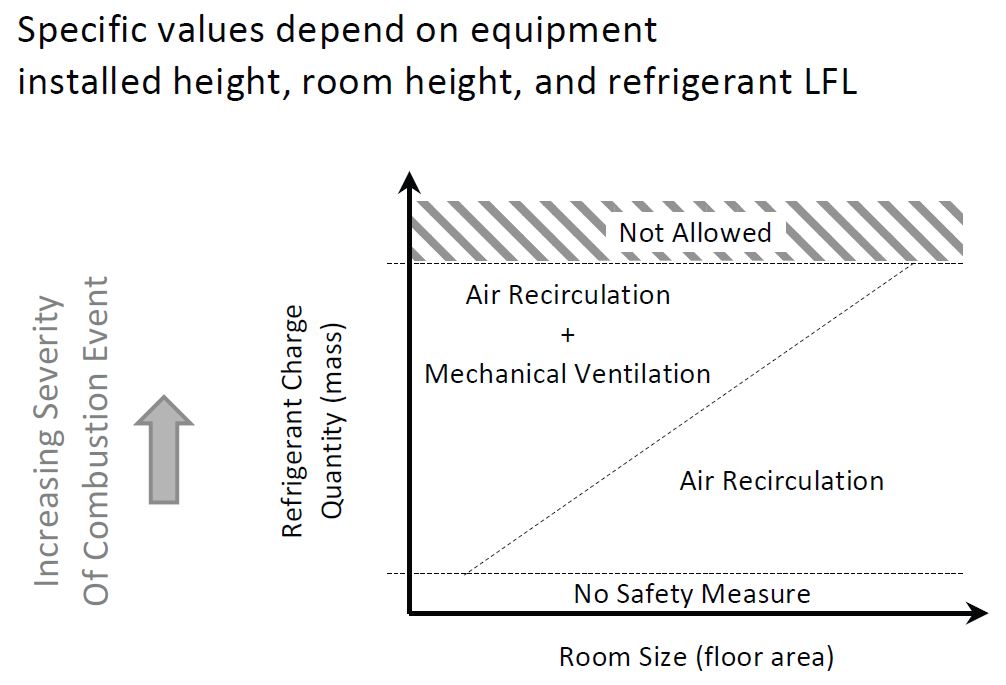 CIRCULATION AND VENTILATION: Room size and refrigeration source will ideally inform both the size of the room hosting the equipment and the type(s) of ventilation present to dilute any potential refrigerant leak. Read more in the article Understanding A2L Refrigerants for Air Conditioners.

Elsewhere, Spletzer expects that some A2L-related modifications new to some techs may include elements such as circulation air activated by onboard refrigerant detection.

“Although a/c equipment designed for A2Ls will look and feel very similar to today’s equipment,” Butsch elaborated, “it will likely contain additional safety mitigation components, such as refrigerant leak detection sensors that will control circulation, ventilation, or possibly alarms, depending on charge and installation location.

NFPA’s Ing noted that some equipment design changes may come as the result of refrigerant charge sizes altered in the A2L era. That, in turn, can affect manufacturers’ recommendations for installation.

Speaking of manufacturers, Spletzer mentioned the need to use OEM-specified replacement parts as another affected area.

So what develops is an interconnected ecosystem of mitigation measures and circumstances, both internal and external to the equipment — sensors, room size, various ventilation options. Outside of room dimensions, these components themselves could be new areas for service. As Butsch said, “Technicians will need to be familiar with these new safety features in the systems, how to verify proper functioning, and when to replace them.”

While this A2L class reaches into some applications for the first time, NFPA’s Ing pointed out that A2Ls hardly represent the first foray into flammables. Propane (R-290) and butane (R-600) have a long history, while ammonia (R-717) is in use in larger systems.

Spletzer observed that A2L experience in the U.S. “is primarily limited today to smaller charge applications [such as] automotive a/c, window units, and PTACs,” adding that as a group they enjoy an excellent history for performance and safety.

Of course, behind the track record in the field, researchers have conducted considerable research, and some of that might assuage natural concerns upon first contact with the idea of “mildly flammable” refrigerants in an expanded range of settings.

According to Spletzer, “that testing has demonstrated that many ‘common’ ignition sources around the household, for example, will not ignite A2Ls.”

Spletzer reports that “during test runs of A2Ls, not only did testing fail to produce an ignition, [but] the candle was extinguished by the refrigerant flow.”

When tested for comparison purposes, propane (an A3) produced a large sustained flame. This is not surprising, as propane is a higher flammability refrigerant that is also used as a soldering gas and is easier to ignite.

These tests help demonstrate that larger amounts of A2L refrigerant leakage would be required to form flammable concentrations, than with higher flammability refrigerants, even before considering whether a nearby ignition source is present.

Other parts of the world have accumulated a good deal of A2L experience already. REFCOM is the Register of Companies Competent to Manage Refrigerants, part of the certification infrastructure in the United Kingdom.

In a published introduction to A2L refrigerants, REFCOM summarized that, “In practical terms, it is very difficult to ignite 2L gases, but some precautions must be taken to prevent accidental buildup of refrigerant, particularly during charging of systems.” REFCOM’s tone sits alongside Chemours’ comment that A2Ls are rising in prominence in part because their performance characteristics allow manufacturers to keep scope of redesigns to a comparative minimum.

Refrigerant-savvy voices in the U.S. and abroad sound united in the knowledge that the A2L era will indeed usher in a variety of changes for service techs (and those don’t include potential changes in storage and transportation). The transition will require training and education. Refined best practices and codes will provide more clarity.

However, the overall tone suggests that techs may face more of an evolution than a revolution in procedure as they work to keep themselves safe and customers comfortable.