Getting in front of consumers remains the goal

There’s an old saying about advertising that 50 percent of it works — it’s just that nobody knows which 50 percent that is. But even with all the tracking and analytics available in the digital age, it’s still almost impossible to make a direct connection between one marketing piece and a sale. That’s why contractors shouldn’t rule out any media, from a line ad in the Yellow Pages to a spot during the Super Bowl.

Drew Cameron, president of HVAC Sellutions, once polled customers about how they heard of one of his clients. Many answered they saw his ad on TV. The contractor had never run an ad on TV.

“People will know somebody,” Cameron said. “They just don’t know how they know.”

Customers ... [are] rarely interested in HVAC. But they are interested in a better living environment. That is what contractors need to target: for example, showing a family sitting comfortably in their home rather than a new furnace or condenser. It’s better to use terms that appeal to consumers — like “cost savings” rather than “improved efficiency.”

“Everybody is spending money on social media when they should be looking through their filing cabinets,” said Joe Cunningham, president of SuccessTrack Network.

To that end, he recommended that contractors have technicians fill out complete invoice forms, listing all the recommendations a customer turned down during a service call. Most times on something like a no-heat call, a customer only wants to pay enough to solve the immediate problem. With a more complete list of potential issues, the contractor can follow up with a direct mail piece and then a phone call. This combination creates a 24 percent response rate with a 75 percent closure rate, Cunningham said.

Direct mail seems old-fashioned to some contractors, but it works if done right. It needs to target the right homeowners with the right presentation. The presentation includes every aspect from how the piece is written to how it is folded. Cameron said an advantage of direct mail is its measurability. He recommends the book “The Ultimate Sales Letter” by Dan Kennedy.

Contractors need to know their ideal customer and then target consumers like that, Casey said. They need consistency in their logos and color schemes to develop recognition among those consumers. The problem with much of the direct mail contractors send out, he said, is that it focuses on the contractor or the equipment. Casey speaks with actual customers on a regular basis, and they’re rarely interested in HVAC. But they are interested in a better living environment. That is what contractors need to target: for example, showing a family sitting comfortably in their home rather than a new furnace or condenser. Most consumers know little about offerings like service agreements and they have little interest in knowing more about them. It’s better to use terms that appeal to consumers — like “cost savings” rather than “improved efficiency.”

“Direct mail is the most effective way to craft that story over time,” Casey said.

Contractors can also build consumer awareness in a service area during the normal course of business with well-designed truck graphics. Michael Ries, vice president of Advertising Vehicles, said a wrapped truck creates a rolling billboard for a contractor. 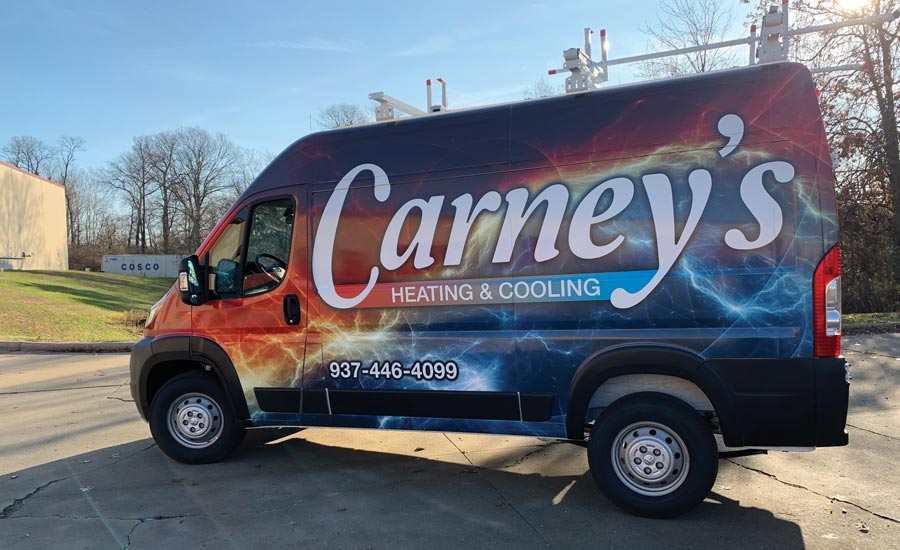 OUT AND ABOUT: Contractors should look at their trucks as rolling billboards. The design needs to focus on the logo above all else.

“These are depreciating expenses, so why not turn them into advertising assets?” he said.

The sight of the truck creates the first impression of a business for many consumers. Over time, the trucks become the most visible extension of an HVAC contractor’s business. Some even run “spot the truck” contests as promotions. Yet many contractors overlook this opportunity; their technicians arrive at a home in a nice uniform bearing colorful brochures but driving a plain white utility van.

This makes the right graphic design crucial. Ries said the design needs to focus on the logo above all else. Some contractors try to turn the trucks into brochures, he said, listing every service offered. Others feature an image, such as a mascot, a depiction of a service, or even the owner’s picture. That’s fine, he said, as long as it doesn’t overpower the logo.

Ries said one item a truck graphic should include is the contractor’s phone number. Few people will get the number off the truck, but it lets potential customers know the contractor’s general location.

The graphics need a refresh every few years, Ries said. He pointed out that most contractors wouldn’t run the same ads year after year, and they should view the truck design as a type of ad. Unusual colors work best — those not found on most other vehicles on the road. That said, the look of the trucks must match the overall branding of the company.

Truck graphics make a good use of manufacturer co-op money, Ries said. Contractors can place the manufacturer’s logo on the truck while still keeping the focus on the contractor’s own logo.

“You don’t want to turn your truck into a NASCAR,” Ries said. “But there are appropriate ways to do it so it looks good and you both benefit.”

Another way to get marketing moving around a contractor’s service area is bus wraps. Cameron highly recommends investing in public transit ads.

Not every strategy is going to work. This time of year, many contractors set up booths at their local home shows to attract business. Warner Service of Frederick, Maryland, did that for many years. The firm invested in a display showing off its range of service in heating, cooling, and plumbing. In the end, it only generated one lead. 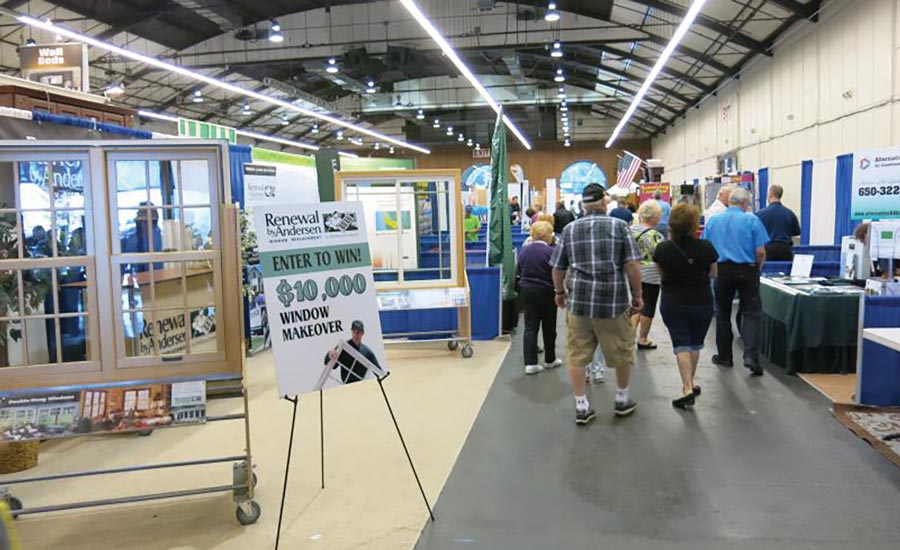 LOST IN THE CROWD: At home shows, HVAC must contend with more glamorous projects like countertops and windows. PHOTO VIA FLICKR

Home shows can prove difficult for HVAC contractors, as they compete for attention with more glamorous offerings like granite countertops. Warner offers the latest in HVAC products, including heat pumps and radiant systems, but sales are often need-based. Josh Via, Warner’s president, said they might return to the show but with a smaller booth and a specific product to promote.

“The long-term benefit could be there, but that’s hard to forecast,” Via said.

Whatever method contractors opt for, they need to know how much they are spending and what they are getting for their money. Cameron had one client who paid for a spot during the Super Bowl. Getting one of the local slots during the big game cost a lot of money, but the exposure seemed worth it. It was only after the fact that the client learned the ad didn’t reach every viewer. It all depended on the provider.

There is value in all marketing, but the question is how much. Cameron said contractors need to view their ad spending as a whole, rather than setting budgets for each media, and determine what return they want on their investment.

“If you’re not seeing the return, you have to make a decision,” he said.