The diversity of HVAC allows contractors to expand their businesses in creative and varied ways. For some, growth comes with the use of a franchise. For others, it comes with a new sector of HVAC business, like hydronic installations or ductless equipment. Then there are contractors who stick with what they know in their current HVAC business and grow by adding another trade to the company altogether.

That is the case for Advanced Mechanical Inc. in Bismarck, North Dakota. Now owned and run by husband-and-wife team Brian and Jami Benz, this business began with another owner who started the company in 1980 and hired Brian Benz in 1986. 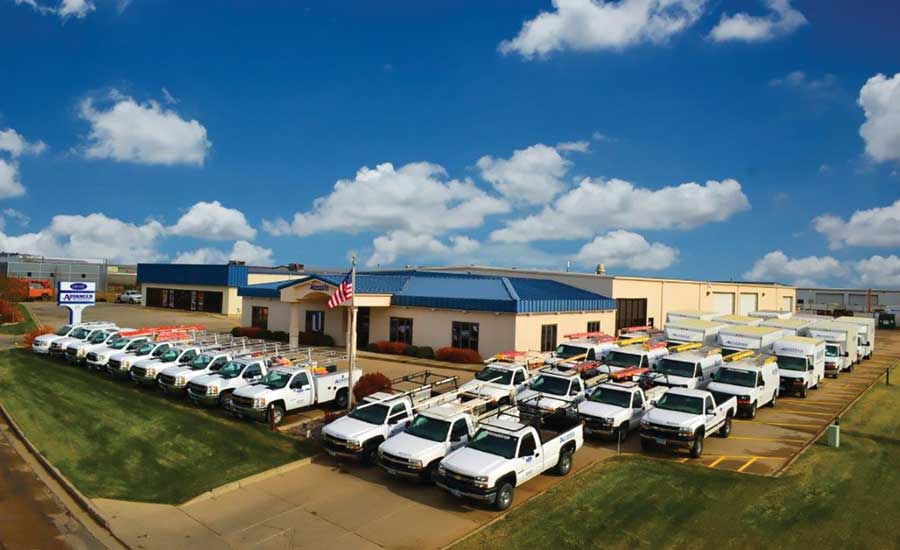 CONTINUED GROWTH: “Over the years, we have grown from six employees to more than 50,” said Jami Benz, vice president of Advanced Mechanical Inc.

Over the next 10 years, Brian Benz worked his way through the ranks. During that time, the owner acquired a small plumbing business to add to Advanced Mechanical and, later, sold the entire operation to Brian Benz. According to Jami Benz, vice president of Advanced Mechanical Inc., the company runs currently at a 60/40 ratio of commercial and residential work, respectively, but is working to move that ratio to an even 50/50 split.

The company chose to add a plumbing division primarily due to the work that was being bid on the commercial and residential side of the business, and to be able to bid it as a package. “Before adding the plumbing business, Advanced Mechanical would often lose contracts that included both the HVACR and the plumbing costs in the bid,” said Jami Benz. “Now that we can bid everything, it is easier for both the company and the customer. We are no longer at a disadvantage in this respect.” 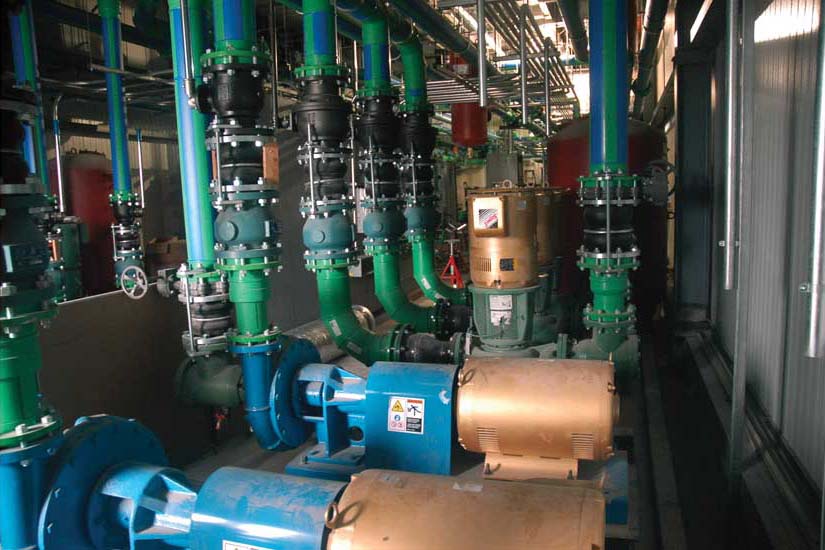 ONE-STOP BID: Advanced Mechanical Inc. in Bismarck, North Dakota, chose to add a plumbing division primarily due to the work that was being bid on the commercial side of the business.

Although the purchase was completed several years ago, Advanced Mechanical is still reaping growth benefits from the move.

“Over the years, we have grown from six employees to more than 50,” said Jami Benz.

Joseph Wood, president of Boston Standard Plumbing & Heating Inc., Boston, Massachusetts; and Brad Casebier, president and founder of Radiant Plumbing & Air Conditioning, Austin, Texas, both started into the trades with a strong background in plumbing. For Wood, that included heating, while Casebier cut his teeth on new residential construction plumbing and added different skilled trades from there.

“Starting a new trade takes dedication, because anytime you exit your comfort zone, you’re going to experience failure,” said Wood. “If you don’t learn from failure, it’ll become permanent. If you do learn from it, it will become a valuable lesson.” 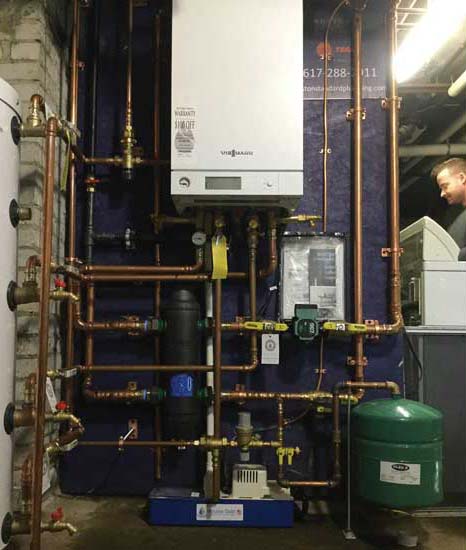 NATURAL PROGRESSION: Joseph Wood, president of Boston Standard Plumbing & Heating Inc., Boston, Massachusetts, decided to add another trade to the business because he saw adding HVAC and drain cleaning as a natural progression from his plumbing and heating roots.

He decided to add another trade to the business because he saw adding HVAC and drain cleaning as a natural progression from his plumbing and heating roots. After signing up for all the necessary courses to be certified, Wood surrounded himself with what he called the brightest and best he could find to hire and then shadowed these individuals. Then the company launched its new division.

Casebier has a unique outlook on the new division that his company launched.

“As members of Nexstar, we have several friends that had successfully added another trade, and we saw the opportunity to quickly grow our business,” he said. “In order to take the idea of adding a new division to the next step of actually having a new division, we hired a local expert and worked closely with him to develop our team.”

According to Casebier, developing the HVAC residential service team took a lot of cash and time.

“HVAC residential service is a team sport — technicians, installers, salesmen, managers, dispatchers, lead coordinators, and a volume of paperwork we never imagined,” he explained. “Plumbing is a much simpler business. We found that it takes a lot of time to build a team that operates really well together.”

HVAC is now around 45 percent of Radiant Plumbing & Air Conditioning’s total revenue, and Casebier and his team love it.

“We have more management opportunities available to our growing employees,” he said, “and our customers love knowing who to call for both of these services.”

Even with the positive changes of adding a new division to their companies, all three contractors said that there are lessons they learned and things they would do differently if they had to do it over again.

Jami warned that although their process went pretty smoothly, contractors need to be careful that their specialized divisions do not cause tunnel vision in the staff. She encouraged contractors to emphasize the importance of every trade within the business, and suggested cross training be a priority.

For Wood, the lesson stretched back to his apprentice days, before he ever owned a company. 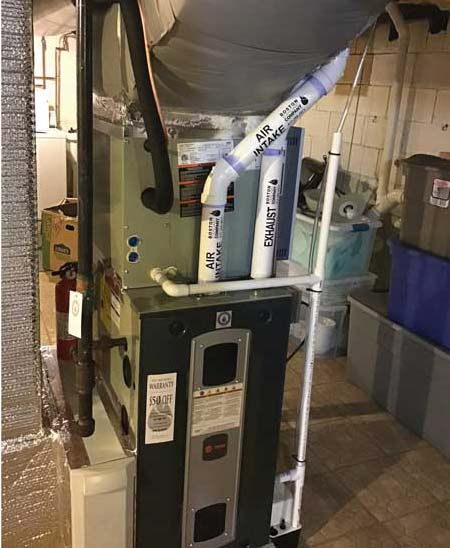 BLENDED SKILLS: “The blended skillset that we offer allows us to service our clients more thoroughly and to make us a one stop shop,” said Joseph Wood.

“If I had to go back and do it over, I would have apprenticed in a multi-disciplined shop to have an opportunity to learn more areas of expertise,” said Wood. “I loved my apprenticeship, but it was firmly plumbing and wet heat, so I didn’t get to practice ductwork or refrigerant work as I did later in my career.”

Casebier warned those contractors seeking to add a new trade to their lineups that although it is doable and rewarding, it could likely be much harder than contractors perceive. He explained that getting the current business under control and in tip-top shape is imperative to the success of adding a new division to the company.

“If you are not really dialed-in and profitable with your current trade, the new one will be worse,” Casebier said. “And, because your focus is split, your original trade will suffer some loss in the process.”

As for his do-over, Casebier lamented the decision to assemble his new division one person at a time. If there is a next time, he plans to acquire a company that already has a functional team.