What Will Midterms Mean for HVAC?

Those who skipped the election-night coverage and went to bed early on Nov. 7 woke up to find that the congressional results went largely as expected.

Voters ushered in a new and significant Democratic majority in the House of Representatives (a 39-seat advantage at press time, with a couple still undecided), and Republicans enjoyed critical wins to not only maintain but slightly increase their majority in the Senate.

While it doesn’t seem that anyone particularly critical to HVAC policy in the House or the Senate lost their seat in November, all three contractors up for re-election did win another term. Markwayne Mullin, R-Okla., is expected to continue his work on the House Commerce and Energy Committee. Meanwhile, fellow Republicans Randy Weber of Texas and Daniel Webster of Florida have served on Congress’ Committee on Science, Space, and Technology among other assignments, and they will also return in January.

Outside the Beltway, Bill Lee’s victory in Tennessee’s gubernatorial race gave the GOP another win but also made HVAC news: Lee led his family’s 1,200-employee mechanical, electrical, and plumbing (MEP) contracting firm for over 20 years.

The timing couldn’t be better, as a few issues important to contractors and the HVAC industry in general will remain up for negotiation (or in some cases, renegotiation) in the upcoming session of Congress.

Todd Washam leads ACCA’s efforts on the Hill. A conversation with him revealed that his agenda on behalf of contractors is divided between protecting recent changes seen to benefit small businesses and looking for opportunities to make new progress regarding industry regulations and norms.

The association expects to work to protect tax reform and get more parity on pass-through rates, Washam said. The battle over estate tax details has gone back and forth in recent years.

For 2018, the threshold for incurring estate taxes sat at just over $11 million, which was roughly twice the threshold in place for 2016-2017. The increased threshold was a result of the Tax Cuts & Jobs Act of 2017. With a new majority in the House, Democrats may want to revisit the particulars, which could involve the threshold’s dollar amount or its duration at this level. ACCA would encourage lawmakers to maintain the current version and extend its timeframe, Washam said, while also protecting other changes like lowered tax rates for C and S corporations.

Washam does not expect the HEAT Act — which represented the culmination of a long-time ACCA goal to allow immediate tax deduction expensing for commercial HVAC equipment purchases via Section 179 — to be revisited in the upcoming session. However, he did make clear that it would become a top priority for ACCA should it come under pressure at any point.

While Republicans will look to defend key parts of the recent tax law, they may not be the only ones looking to solidify gains from recent years. Democrats will likely hope to shore up provisions from the Affordable Care Act (ACA) that have been under assorted legislative and legal attack. The most profile ACA element involves its insurance coverage and purchasing protections for people with pre-existing conditions.

A related component involves “association plans” approved by the Trump administration. Such plans would allow certain groups to offer health insurance packages that may represent lower premiums for members while not adhering to certain ACA coverage requirements. These plans are likely dead as a result of the shift in Congressional power, according to Washam, although he noted that more movement is possible in the months to come.

The philosophical and practical debate over equipment performance represents an overarching common goal with differing opinions within the industry and government on how to get there. Washam expects Democrats to pursue higher minimum efficiencies for HVAC equipment, some of which were established during the Obama administration and since rolled back. Meanwhile, ACCA maintains the position that it is equally effective and less expensive to pursue greater realized efficiencies and to “not focus on the box.”

The common interest, of course, is better equipment performance. Various interests could overlap legislatively in the form of increased funding for the Environmental Protection Agency’s (EPA’s) Energy Star program. In particular, ACCA would like to see a boost in support for Energy Star’s Verified HVAC Installation (ESVI) program.

Contractors who participate in the ESVI program earn accreditation from a third-party organization and can then offer customers added assurance in the form of an ESVI certificate that verifies their new equipment has been properly installed.

That is no small benefit when, according to the EPA, nearly half of all HVAC systems are incorrectly installed. A higher rate of quality installations would not only achieve real-world efficiencies closer to equipment design, improved comfort, and financial benefit for the consumer, but it also reduces callbacks for contractors and protects the reputations of both contractors and manufacturers. ACCA sees more funding in this area as a way to both increase contractor involvement (currently only at approximately 700 contractors nationwide, according to Washam) and public awareness of the program in general.

Speaking of manufacturer concerns, Air-Conditioning, Heating and Refrigeration Institute (AHRI) has its hopes for positive change in the coming year as well.

“We’re optimistic that in the next Congress, we can tackle commonsense reforms to modernize the Energy Policy and Conservation Act of 1975 (EPCA),” said Kelley Raymond, AHRI’s director of government relations.

“The shifting of the House doesn’t change the fact that the statute no longer works as intended,” Raymond told The NEWS, citing “many one-off fixes Congress has had to pass over the years” and noting that “both parties in Congress have been open to discussing how we can address that.”

Raymond went on to comment that the shift in House control will likely have little to no impact on the industry’s goal to address workforce development programs. 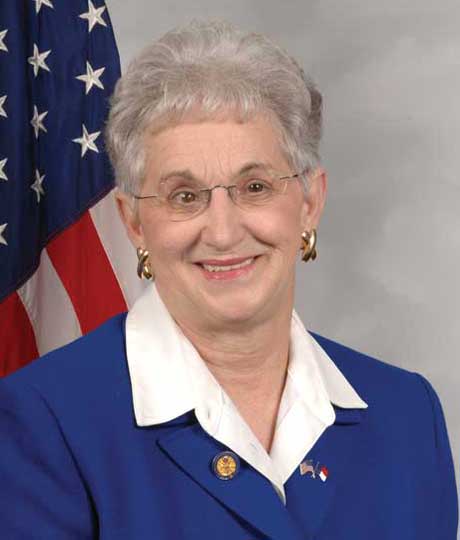 TRAINING PRIORITIES: Rep. Virginia Foxx has a track record of supporting career training for prospective HVAC professionals and is expected to become the ranking member on the House Committee on Education and the Workforce.

“Increasing and strengthening STEM education programs has always been a bipartisan priority, and we’re confident Congress will continue to support legislation to address the ever-increasing skills gap within the HVACR manufacturing and contractor industries,” she said.

Washam’s perspective backs up that assessment, suggesting that this may represent the largest area for HVAC-specific progress in the months to come. He points to Rep. Virginia Foxx, a Republican from North Carolina, as a longtime champion of career training who was critical to the recent Perkins Act renewal/update and who is expected to serve as ranking member of the House Committee on Education and the Workforce.

Washam also expressed optimism about working with the Small Business Committee in the coming months.

“I think the chair may be Rep. Nydia Velázquez [D-N.Y] … ACCA has had a very good relationship with her,” he said, noting that acting ACCA President Barton James has testified before her in previous hearings regarding the impact that contractors have on the economy. 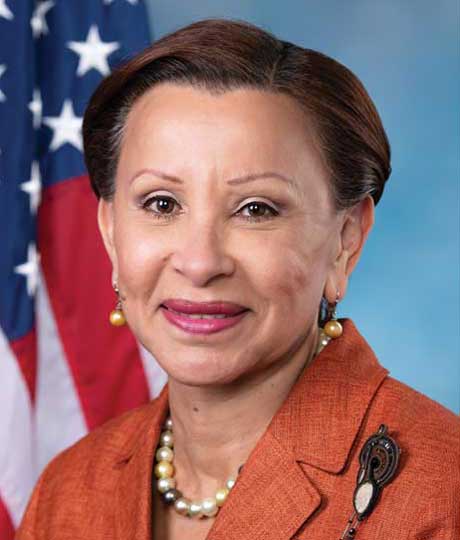 NEW CHAIRWOMAN: With the House of Representatives shifting to Democratic control, Rep. Nydia Velázquez is likely to lead the House Small Business Committee when the new Congress convenes in January.

Both President Donald Trump and Tom Perez, chairman of the Democratic National Committee, have expressed interest in pursuing bipartisan support for infrastructure funding that is commonly seen as needed if not overdue in many cases throughout the country. Washam pointed out that infrastructure isn’t just roads and bridges but can also include public resources such as airports, meaning additional projects for contractors.

THE CLOCK IS TICKING

One piece of conventional wisdom regarding Congress is that the party that doesn’t control the White House often picks up Congressional seats in the midterm elections. Another truism is that nothing very much at all gets done in a presidential election year.  As a result, when the new Speaker gavels the 116th U.S. Congress to order in January, time will already be in short supply for chalking up some accomplishments in the areas identified above. Even that limited window will likely get smaller, with committee time in some areas expected to get absorbed in pursuit of the new majority’s interests on high-profile topics like the Mueller special investigation, immigration, and the conduct of an undetermined number of people within the administration.

Major developments regarding or from the president himself could add volatility to the chances for bipartisan progress on HVAC matters. A recent ACCA post-midterms webinar featured a presentation by Jim Ellis, senior political analyst for the Business Industry Political Action Committee. When the presentation from Ellis and some comments by Washam had concluded, one contractor attendee asked whether the election’s results would have much of an effect on Trump’s agenda.

In Washam’s estimation, “The White House doesn’t have a set agenda that they pursue on a weekly or monthly basis. It seems [the administration] is at the president’s whim.”

While Trump’s penchant for Twitter can often indicate the focus for the day, Washam pointed out that the president “will want to make deals with Democrats in the House where possible and tout himself as a dealmaker.”

That interest, plus the more established concerns of Congress and its associates, may yield some meaningful effort on behalf of HVAC contractors and consumers alike in 2019 — at least before next winter rolls around and thoughts in Washington turn more thoroughly toward self-preservation and higher electoral aspirations.