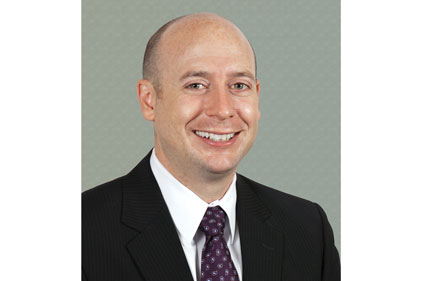 Since coming to work for HARDI in September 2010, one of the issues that has been a constant is the pending phasedown of HCFC-22 or R-22 refrigerant. The Environmental Protection Agency is charged with overseeing the end of production and importation of this refrigerant by the year 2020. This date was set in the Montreal Protocol, which sounds more like an action movie than an international environmental agreement.

Not unlike a movie, the dynamics surrounding the phasedown of R-22 have contained plot twists, interesting characters and uncertainty. Unlike a movie, we always knew how this story would end, and how fast we would get to the conclusion.

To review, the EPA changes the amount of refrigerant that can be made and brought into the U.S. This has been done in five-year increments, to allow businesses to plan and to give EPA the opportunity to assess its goal of phasing out R-22 by the year 2020. However, litigation forced the EPA back to the drawing board in order to review the allocation levels for 2011 to 2014.

The EPA was successful in significantly reducing the R-22 allocation in its amended rule, a move that business and environmental advocates supported alike. However, it did so in a manner that had more ups and downs than a Hollywood thriller, which is great if you are looking for entertainment value  and bad if you are trying to plan purchases and maintain inventory.

Due to the herky-jerky phasedown approach of the EPA, many distributors found themselves with inventory they had significantly overvalued. It was causing financial harm. In essence, although EPA was successful in accomplishing its goal of reducing R-22, the approach it took to doing so was less than ideal. It would be as if I accomplished my goal of losing five pounds in a month by starving myself for two weeks, binge eating the third and finding a reasonable diet in the fourth.

However, I have positive news to report. I believe that in October or November, the EPA will finalize the R-22 allocation rule for 2015 to 2019. I believe that once they publish this rule, we will begin to see more stability in the  markets, and businesses can and will begin to make long-term plans regarding refrigerant.

I’m uncertain about the amount of R-22 that the EPA will allocate in 2015. The EPA initially signaled that its preferred approach would allow for an allocation of 30 million pounds, with a straight-line decline in 2016 to 2019. HARDI, along with others in the industry, advocated for an approach that would begin with a 22 million pound allocation in  2015 and a straight-line decline in  2016 to 2019. I believe there is a strong possibility that the EPA will adopt  this approach.

Some stakeholders  believe that due to estimated inventories in the United States, the EPA could have forgone allocating refrigerant in 2015 to 2019 and there would be enough refrigerant, when supported through reclaim and recycle programs, to meet the servicing demands of consumers. HARDI believed that this approach was not the best way to complete the phasedown of R-22 but acknowledges that in order to support our customers, we will need a vibrant reclamation industry.

The phasedown of a product, like R-22, which has had such a huge presence in our industry for many years, is difficult to accomplish. I believe we are well on our way to a successful transition away from R-22, and if the 2015 to 2019 allocation rule is as I expect, we will be able to immediately educateour customers on the transition away from HCFCs to new technologies. I know this process has not been easy on our industry, but we deserve credit for working hard to get this right and doing the best things for our customers and the environment.

The American Voter: The Frustrating Search for the Truth

The Real Power of Your Vote

Why Distributors Must Plan Before the November Elections

Political Prognostications: What I See in the Tea Leaves

Jon Melchi is a contributor to Distribution Center and HARDI’S director of government affairs. Contact him at jmelchi@hardinet.org or 614-345-4328.