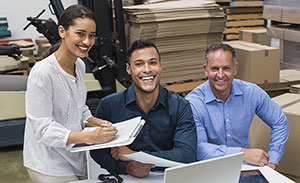 I was on the East Coast conducting seminars for two great companies, Isaac Heating & Air Conditioning in Rochester, New York, and Wooldridge Heating Air & Electrical in Lynchburg, Virginia. One is in the North and outgoing and the other is in the South and laid-back. Those are the differences. Now for the similarities: They both happen to be contractors who treat their employees as assets with honor, respect and dignity, both are true servant leaders, and both attract and retain the best people in their region. Here are some of the causes of their success:

• They train and educate their associates like crazy. Isaac created Isaac University and requires 100 hours of technical training and 24 hours of soft skills training a year.

• Pictures on the wall of associates play a big part of their culture.

• They celebrate their success in unique ways and share in the gain.

• They measure everything and reward what they want repeated.

• They promote from within.

• Their facilities are world-class: clean, organized, and shiny.

• They are innovative marketers and use shopping-list pads, letter openers, mugs, pens, newsletters, coloring books for kids, water bottles, sunglasses, shopping bags, and magnets with their logo. The list goes on and on. They know that the name of the marketing game is “Remember Me” and do it as well as anyone in the industry.

• They both built their companies on service agreements and inspire everyone to sell and market the company 24/7/365.

• As true servant leaders, they both do lots of little things to make people feel good. In a word, they practice acknowledgment.

On my way home from Rochester, I invested in a copy of Fortune Magazine’s 100 Best Companies to Work For at a bookstore in the airport. Do you want to know the causes of success? Would you like to learn how to attract and retain the best people? Invest in a copy of this edition of the magazine and study it over the weekend. Success leaves clues. Go to each company’s website and duplicate their ideas. Model the things they do.

In the same airport bookstore, I also picked up a copy of the book, When the Game Was Ours, written by legendary NBA rivals Larry Bird and Magic Johnson. One was quiet and shy and the other outgoing. Both were intensely competitive. Larry Bird’s first book is called Drive. That says it all. Here are my two favorite stories from their collaboration:

When Larry Bird and the Celtics were at the height of their success, the team went out to celebrate in a posh Boston restaurant. Money was no object. When the bill arrived, one of Bird’s teammates went around collecting money for the tip and wanted to give the waiter 20 percent. Bird asked, “What are you doing? That guy only brought the food out to us.” He grabbed the cash, walked back into the kitchen, handed the money to the cook, and left without a word.

Near the end of Kareem Abdul-Jabbar’s career, he approached Magic one day with his hat in hand. He said, “I want what you have. I want to enjoy the kind of business success you have off the court. Teach me.” Magic, with a sad expression on his face, said, “No you don’t. You see, in order to do that, you have to be nice to people. You can’t blow off reporters, be indifferent to fans, and ignore people when they ask for your autograph.” Then he told the 7-foot Hall of Fame center a story. “When I was a rookie, a father and his young son approached you and asked for a picture with you. You didn’t even make eye contact. You simply said NO. Seeing the disappointment in the young boy’s face, I approached them and said, ‘Hey, I will take a picture with you. Maybe one day I will be in the hall of fame, too.’” The father beamed. They took a picture with Magic and his million-dollar smile. Years later, when Magic was making a sales pitch to a group of investors, a 29-year-old attorney and his CEO father approached Magic afterward. The older man said, “You probably don’t remember us, but years ago, you were kind enough to make the time to have a picture taken with my young son and me at the Staples Center. I still have that picture on my wall in my office. That meant so much to my son. By the way, we are in. We want to invest with you.” Magic closed the deal.

It doesn’t cost any more to be nice; it’s a long-term strategy for success. I love doing book signings after I make a presentation. It’s my favorite part of the process. I get feedback and it makes both my audience and me feel good. Taking extra time is good business, for the long-term. You just never know.

Do want to take your company to the next level? Be nice. Be nice to your employees and your customers. Take the time to go the extra mile. Treat people with dignity and respect. Do you believe in Magic and Drive? I do. Work harder than anyone else in your field and be nice.

In the end, it matters. I can’t wait to go back to those East Coast companies. I learn so much from them because they are such nice guys.

Avoid the Chimney Fires in Your Contracting Business

HVAC Sales: Listening to Find Rather Than Reply

If This Were My Mother’s House...