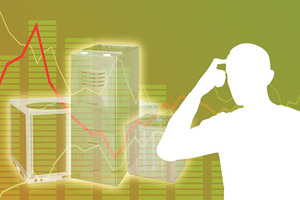 When the economic recession hit five years ago, many HVACR contractors struggled to keep their businesses open. Service calls dwindled, new-build projects dried up, layoffs were often inevitable, and some businesses were forced to close up shop for good.

But some contractors, in an effort to stay afloat, began to diversify the services they offered, allowing them to break into new markets and stay in business during that turbulent time — a trend that is still seen today as the bruised economy continues to recover.

Hank Bloom, owner of Environmental Conditioning Systems (ECS), Mentor, Ohio, recalls the start of the recession and the immediate impact it had on his business. “When 2008 hit, it was pretty interesting,” he said. “The phones got quiet, really quiet. I’d never experienced that before.”

In business since 1986, Bloom said his company had been especially busy leading up to the recession, so when the phone stopped ringing, it was worrisome. But he was quick to come up with a plan.

“Everybody started panicking right away, and their first thought was, we have to change our game plan,” he said. “But, our thought was, don’t panic and stick to the basics. This was a time to look at other opportunities you may have and other services you may be able to provide to help your customers.”

Bloom said focusing on customer relationships, diversifying his customer base, and growing his service department all helped during the recession. In the past few years, ECS has branched out into installing new technologies, including variable-refrigerant flow (VRF) and energy-recovery systems; completing lighting retrofit projects; offering third-party energy studies to attract more work; and installing controls and automation, allowing customers to monitor energy use.

Most recently, Bloom said the company upgraded its personal technology and added GPS tracking to help improve efficiency and save energy. “We’re on a mission now to replace our operating software,” he added.

Thinking Outside the (High-Voltage) Box

Bloom isn’t the only one who has kept a level head during tough times. Greg Crumpton, president and founder of AirTight Mechanical Inc., Charlotte, N.C., began installing low-voltage, energy-efficient LED lighting for his customers about a year ago, after encountering it in the large data centers he serviced. He discovered large data center customers preferred LED lighting because it’s smaller, cuts down on heat, and saves energy.

“This low-voltage LED lighting is revolutionary in lighting design,” Crumpton said. “It’s that unique and awe-inspiring of what’s to come.”

Part of being a successful business owner is being proactive, Crumpton said, adding that diversifying services has helped his company. “I like doing something different, making money in a good way, and thinking outside the box a little bit,” he said. “I’m not the only one out there branching out. My mission is to keep us moving forward and not get stuck in the HVAC rut.”

Other contractors have added new services to help bring in more business in recent years, too. “We picked up geothermal and solar thermal late in 2011,” wrote a Mercury Mechanical Service Inc. representative, on The NEWS’ Facebook page. “Primarily a commercial rooftop service and maintenance company, we decided to branch out into other markets since rooftop replacements were on the decline.”

“We incorporated home-performance testing and associated products and services like insulation, radiant barrier, and whole-home air sealing, to name a few, in the last several years,” noted a Magic Touch Mechanical Inc. representative, on Facebook. “It has done wonders for our schedule, customer satisfaction, and bottom line.”

Some contractors have made less obvious changes to their business practices in the past few years. Ann Kahn, president of Kahn Mechanical Contractors, Dallas, said they “made no major moves into other areas,” though they did shift their client base.

“When the economy melted down in 2008, we did change our focus from private to public works,” Kahn said. “This proved to be a good move for us and kept us busy and profitable throughout the downturn.”

Now that the economy is slowly improving, Kahn said they are “planning on more private design and build projects to come back.”

Tim Cropp, president of CroppMetcalfe Inc., Fairfax, Va., said they didn’t do anything during the recession that they weren’t already planning to do — like expand their residential HVAC business to include plumbing, pest control, and security services — though they did make a point to focus on the fundamentals when the recession hit.

“It was an opportunity for us to go back to the basics, step back for a minute, and go back to what made the company successful in the first place,” Cropp said, adding that concentrating on their customers remained their first priority. “Once you build a relationship with a customer, they will continue to use the services you offer.”

Like many contractors, Rick Wylie, president of Beutler Corp., Sacramento, Calif., said his executive team made the decision early on in the recession to do what it takes to survive. The company, which provides residential heating and air conditioning services, expanded in 2007 to include electric and plumbing services.

“Then we added solar photovoltaic and thermal equipment,” Wylie said. “We built those with internal resources and experience, and developed that into a pretty good little business for us. Along with the plumbing came fire sprinklers, and we’ve continued on that path.”

Beutler also acquired Freus Air Conditioning, which makes a water-cooled air conditioner, in addition to partnering with government agencies to take advantage of economic stimulus grants. Last year, the company’s profits were up 24 percent; this year, they are predicting as much as a 35 percent increase.

Despite its recent success, Beutler still suffered during the economic downturn, going from employing 2,100 people in 2005 to just 270 at its low point in 2011. But the company survived, Wylie stressed, and it was due, in large part, to decision making that was often very difficult.

“Those hard choices included doing some pretty difficult things to our pay and compensation packages, which was hard and painful,” Wylie said. “But if we didn’t make those choices, we wouldn’t have a business.”