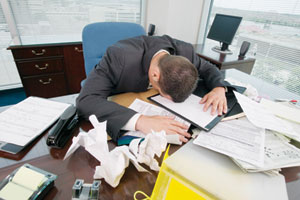 As Benjamin Franklin once famously said, “In life, nothing is certain but death and taxes.” Many business owners might argue that “regulations” could have been added to that quote as well, given the large number of new rules imposed each year by local, state, and federal governments.

While many regulations serve a useful purpose (e.g., clean air and water), there is concern that the growing number of costly regulations is beginning to take its toll on small businesses. Consider the 2010 study by the U.S. Small Business Administration’s Office of Advocacy, which found that small businesses now pay $10,585 per employee annually, just to comply with federal regulations (see sidebar below). Add in local and state regulations, and those costs could go much higher.

Stan Johnson, recently retired from Stan’s Heating and Air Conditioning, Austin, Texas, believes that most contractors don’t realize how much time they spend on regulatory matters, including compliance, code, licensing, and insurance issues. “Like income taxes, they come in regular small chunks, which don’t seem as time and money consuming as they really are to the HVACR contractor.”

In states with licensing laws, for example, contractors often have to take continuing education classes, which can be time and money intensive. As Johnson noted, “In Texas, the licensing law is a living, changing document, so if you want to be in control of your destiny, you need to be personally involved in what is going on — the Texas chapter of ACCA, in my case. Insurance is also an expensive part of state licensing requirements.”

Companies are also required to submit reports to the state and federal governments, including sales tax reports, labor reports, payroll reports for taxes, and audits, which Johnson’s staff worked on almost daily. “We also had to deal with paying permits, calling inspections, checking tag items, and reconciling accounts with inspection jurisdictions. It probably cost about $50,000 per year in internal labor costs for compliance and reporting. The direct expenses, such as the cost of upgraded insurance, permit costs, and licensing costs, probably added another $50,000 per year to our expenses.”

The regulatory items that take the most time and cost the most money for Laura DiFilippo, owner and vice president, DiFilippo’s Service Co., Paoli, Pa., are making sure the company is in compliance with payroll on both the state and federal end, as well as in compliance with rules concerning R-410A and the recovery of R-22.

“Payroll compliance is a twofold procedure, starting with our payroll company processor and our bookkeeper validating the information,” said DiFilippo. “R-22 is costly, because of the equipment required to be compliant; recovery machines aren’t cheap. The same goes with R-410A — the equipment and training requires costs to the company and training for our staff.”

To ensure that the company is doing everything by the book, DiFilippo has retained an independent accountant/bookkeeper who works with all concerned entities, including local, state, county, and federal offices, the payroll company, and the corporate accounting firm. “She is a subcontractor, so we have her fee, and for tracking R-22, we have a system in-house that requires input from our installation manager.”

A conversation about regulations would not be complete without discussing California, which many consider to be the most heavily regulated state in the union. When Rich Imfeld, president, IC Refrigeration, Ceres, Calif., was asked which regulations are most burdensome for his company, he responded, “All of them. With state regulations, it’s death by a thousand cuts. We have all kinds of compliance forms (CFs), and we need to keep track of which ones belong to which job in which jurisdiction.”

Inconsistency from one jurisdiction to the next is what eats up a lot of time for Imfeld. “The county wants form XYZ filled out, while the city wants the ABC form. There is a lot of frustration over the lack of uniformity here.”

Imfeld estimates that complying with state regulations tacks on at least four hours to each job. “It takes hours for someone to drive to the building department, fill out the various compliance forms, test and seal all the ductwork, then pay someone to verify our work. If a residential split system is installed, we have to have someone verify the charge behind us, and if anything fails, we will need them to return to re-verify our work.”

Bob Helbing, president, Air-Tro Inc., Monrovia, Calif., agrees with this assessment, noting that permitting and inspection require an inordinate amount of time. “Nearly all permits are pulled using handwritten forms at the various city halls. There are over 80 incorporated cities in Los Angeles County, so we have a lot of different places we need to go to get our paperwork done. The city of Los Angeles is an exception, as it has a fairly effective online permit and inspection system, but it represents only 10 percent of our work. The remaining jurisdictions require permits be pulled — and paid for by check, not credit card — in person, by hand.”

In addition, Helbing noted that California’s Energy Code, Title 24 — which requires all duct systems undergo testing as part of permitting — adds at least $250 per permit. “There is also the cost of the permits themselves, plus each city requires a business license. Our license with the city of Los Angeles alone runs us over $4,000 per year. On top of that, our company spends something like 100 hours per week engaged in compliance activities, which works out to about $2,000 per week.”

The regulatory burden may become a little heavier next year for California contractors, as Title 24 is scheduled to get another update. “It will require such things as doubling the return size, using so-called smart thermostats, and a host of other requirements that will just make life harder,” said Helbing. “In addition, the Sheet Metal Workers International Association (SMWIA) is seeking to require that all commercial permits be closed out by a certified test and air balance (i.e., union) service technician, which will add more expense and force non-union contractors to share their customers with union operations.”

While regulations in the state of California may not be letting up, federal legislators are at least paying lip service to the notion that regulatory agencies should account for the cost of the rules they are imposing. A bipartisan bill proposed in the Senate in August would require independent agencies to analyze the costs and benefits of new regulations and tailor new rules to minimize unnecessary burdens on the economy. This is in response to startling government records, which show that out of the 17 major final rules issued by independent agencies in 2011, not one was based on a complete cost-benefit analysis.

It is unclear whether that bill will ever see the light of day — or if it would even make any difference. But for now, it’s obvious that contractors are increasingly concerned that local, state, and federal regulations will continue to weigh heavily on their productivity and profitability.

The U.S. Small Business Administration’s Office of Advocacy research has repeatedly attempted to uncover an estimate of the regulatory burden in general, and the impact it has on small businesses (defined as firms employing fewer than 20 employees) in particular. Highlights from its 2010 report, “The Impact of Regulatory Costs on Small Firms,” include the following:

• On a per-employee basis, it costs about $2,830 more for small firms to comply than their larger counterparts.

• The report details the distribution of regulatory costs for five major sectors of the U.S. economy: manufacturing, trade (wholesale and retail), services, health care, and other (a residual category containing all enterprises not included in the other four). The sector-specific findings reveal that the disproportionate cost burden on small firms is particularly stark for the manufacturing sector. The compliance cost per employee for small manufacturers is more than double the compliance cost for medium-sized and large firms.

The Manufacturers Alliance for Productivity and Innovation (MAPI), along with the National Association of Manufacturers (NAM), recently released a new report from NERA Economic Consulting, which finds that U.S. manufacturers are significantly impacted by the escalation in the volume and cost of compliance with federal regulations. Key findings are:

• Since 1998, the cost of major regulations in-
creased by an annualized rate of 7.6 percent, which has far exceeded manufacturing sector growth of 0.4 percent and overall economic growth measured by GDP of 2.2 percent.

• Major regulation could reduce manufacturing output by up to 6 percent over the next decade.

• In 2012, major regulation could reduce total value of shipments by up to $500 billion and reduce exports by up to 17 percent.

MAPI noted that while regulation plays an important role in promoting health and safety, this study demonstrates the need to change the regulatory system to be better coordinated and streamlined to minimize the cost and impact on manufacturing.