In the 1940’s, two Belgian immigrants named Joe and Roger Corrion were raised in a farming family in Fraser, Michigan. Then they both decided they didn’t actually want to be farmers — they wanted to be a part of industry that was desperately needed, and at that time, it just so happened to be heating and cooling. In 1948, after self-learning the trade, they opened up C & C Heating & Air Conditioning in Roseville, Michigan. These two men were the grandfather and great uncle of Dayna Hottle, current general manager of C & C Heating & Air Conditioning. 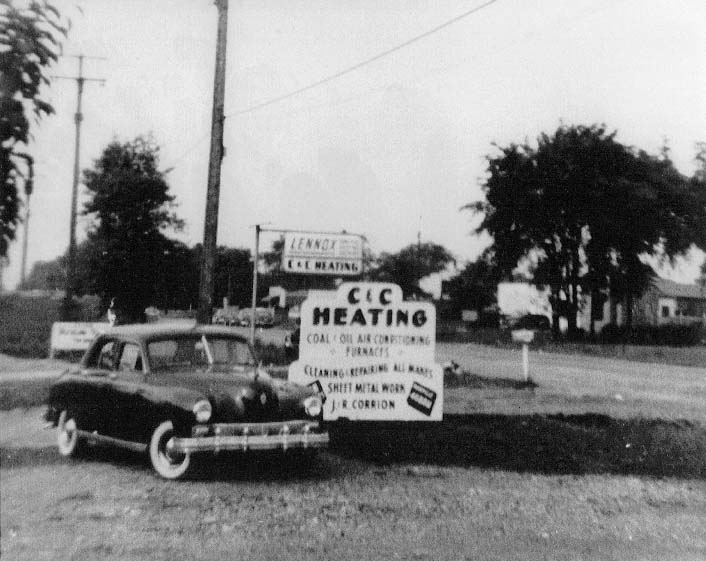 BACK IN THE DAY: C & C in the very beginning. (Courtesy of C & C Heating & Air Conditioning)

At 53, Hottle’s grandfather had a massive heart attack and passed away. Before he died, he had told Hottle’s father, Jim Corrion, CEO of C & C Heating & Air Conditioning, “I don’t want you to ever come back to the family business.”

Hottle’s grandfather wanted something more for his son, something bigger. After all, he was the only of his children to graduate college. So, Jim listened. He actually ended up still working in the industry, just not at the family business. Until his father passed away.

“At that time there was three people in the business and we’ve grown it from there. It’s a bittersweet story, but we’re hoping we’re making my grandpa proud,” Hottle said. 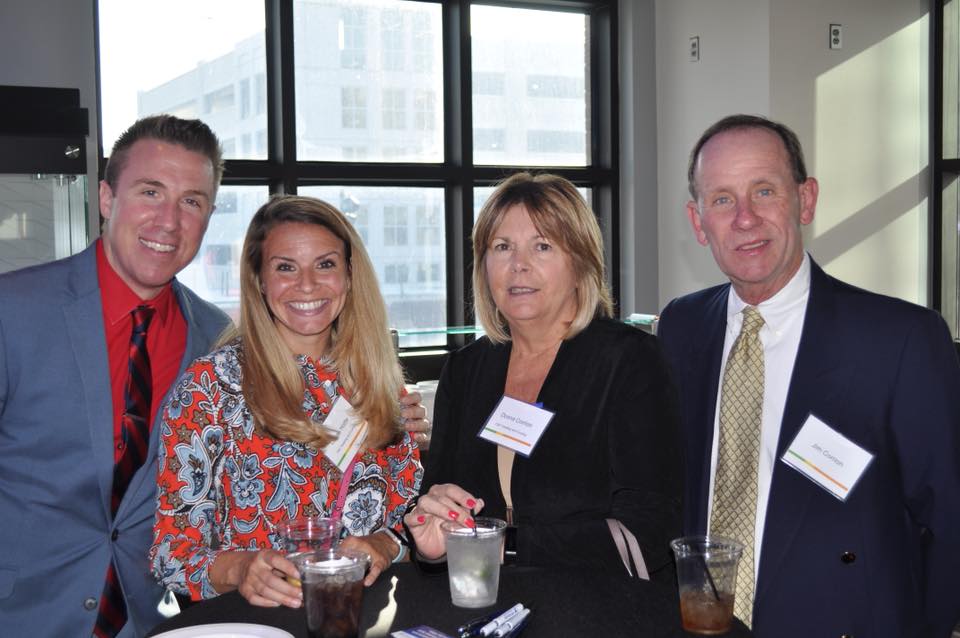 In 2021 the company had 40% growth in just one year and did $16 million in revenue. The company also experienced growth in its staffing numbers. It currently employees 86 people and has 50 fleet vehicles.

Hottle said that often employees will refer people to them.

“I don’t even know how many family members that we have working for us,” he said.

But with such intense growth comes natural growing pains, Hottle said. Things such as finding trucks, figuring out chain of commands, getting leaders in place, training new leaders. Certain “roadblocks.”

Fortunately, C & C hasn’t really felt the pain of the current economy, Hottle said. It could possibly be just because of the natural demand of the cooling season right now, because people just aren’t going to put up with being uncomfortable.

It could also be because of the brand and reputation the company has built for themselves in the area over the years. It’s a family-owned company, and they operate that way in everyday business, treating both employees and customers like family.

“We’re here every day, working in the business alongside them. We’re here to listen and support them,” Hottle said.

Hottle grew up wanting nothing to do with the family business.

“I was always the kid that said, ‘Can we not talk about work at dinner?’”

Until she found herself needing a summer job while she was home from college. She started working as a call taker at C & C, and fell in love with the industry — the business. From there she attended business-like practice operational events and expos.

"And I got to see all these other companies and how they were ran, and how much success they were having. It just intrigued me," Hottle said. “It just kind of sucked me in and I’ve stayed ever since.”

In 2005, Hottle started full-time at the family business, and since then she’s done every single position internally.

“I’ve been able to learn, pretty much, operationally how to run a heating and cooling business,” she said.

Putting the customers first is truly at the heart of the company. And since the employees at C & C are the brand of the company, it’s important to Hottle they know how valued they are, and that everyone is on the same page when it comes to the company’s vision and values.

“It’s a great company. They treat us well. They give us everything we need when we ask. Compared to the other companies I’ve worked at, it runs very, very smooth,” said Zack Giacona, lead installer at C & C.

Ciara Burke, sales lead coordinator, loves that helping people is a part of her job.

Burke loves the family environment of C & C; it was one of the reasons she accepted the position. C & C does family fun days, and other events throughout the year where parents, kids, and employees all come together to enjoy some fun.

“Working with Dayna has been really empowering. She is just so easy to learn from and I feel like I have grown so much the last few years working side by side with everybody,” Burke said.

Giacona enjoys the craftsman aspect of his job.

“It’s different every day and you never really know what you’re getting into. But that’s the thrill of it.”

“We got a great group of installers and most people think it's a burden to come to work, but most of us installers come with a smile on our face. And we have a good time, and we make the most of it. And that's all you can really do.” 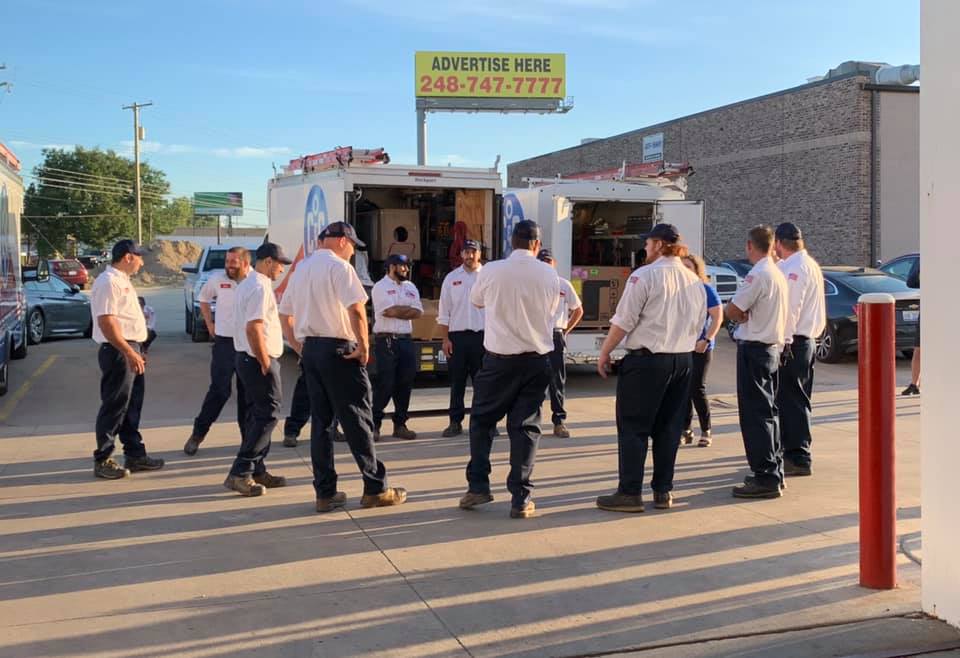 The Next Gen of HVAC

The company is a part of Nexstar and utilizes the organization and its availability of business coaches. If C & C has an issue, they can call their coach and ask for something like best business practices.

“They’re there to help us,” Hottle said.

Hottle has personally become involved in the Women of Nexstar steering group.

“It’s a way we can mentor the next generation of women leaders in the industry.”

Once the branch gets up and running, there will be lunch and learns, expos, cocktail hours — opportunities for networking to learn more about the women in the industry and support one another.

The company fortunately works in an area that has a lot of trade schools, and acquires a lot of talent that way.

“We bring them in and train them our ways,” Hottle said.

Giacona, 26, takes on some of the younger apprentices and trains them. He does still consider himself a younger guy, after all.

“I feel like as a younger tech that knows as much as I do from my schooling and other experience … it’s just easier for me to train these guys and teach them my methods,” he said.

Going forward, Hottle said it’s important that businesses do what they can to make sure that its reviews are good, that they’re registered and on top of LSA, up to date on technology and current marketing practices, that its website captures the business’ brand and differentiates itself from competition.

“It’s your billboard,” Hottle said. “The internet is so important.”