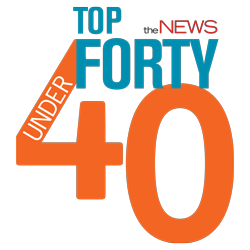 Proximity is what brought Hector Olguin to the HVAC industry. Pursuing an interest in mechanics and technology, Hector attended Georgia Tech and earned a bachelor of science in mechanical engineering in 2012. Upon graduation, he accepted a position as a manufacturing engineer in his hometown’s Heatcraft plant. He believes fate had a hand in his success right from the start, feeling “the career chose him” rather than him choosing the career.

“In retrospect, it was a great choice because HVAC is an industry that is critical and will remain critical long into the future,” Hector said.

Once he was at Heatcraft, he became involved in manufacturing operations and proved himself as a leader, progressing to supervisory and managing roles where he could bring about positive change.

And with an industry such as refrigeration — which has a variety of applications, including supermarkets/restaurants, cold storage, and medical/science/data centers — the importance it holds in modern society demands an appreciation for the equipment involved. That’s why Hector takes his work seriously. In his new role as senior manager, he began a transformation to push the Tifton plant to attain 80% compliance with production schedules in areas of sheet metal production, which Hector recognized as being challenging for the plant in previous years. His production team received a prestigious Pacesetter Award from parent company Lennox International for productivity, quality, and delivery.