Fieldpiece Instruments Inc. put technicians at the forefront during the recent AHR Expo.

The California-based maker of specialty tools and instruments for the HVACR industry included a training room in its booth at the Las Vegas Convention Center, a sort of miniature version of the Fieldpiece University training program the company announced last fall. 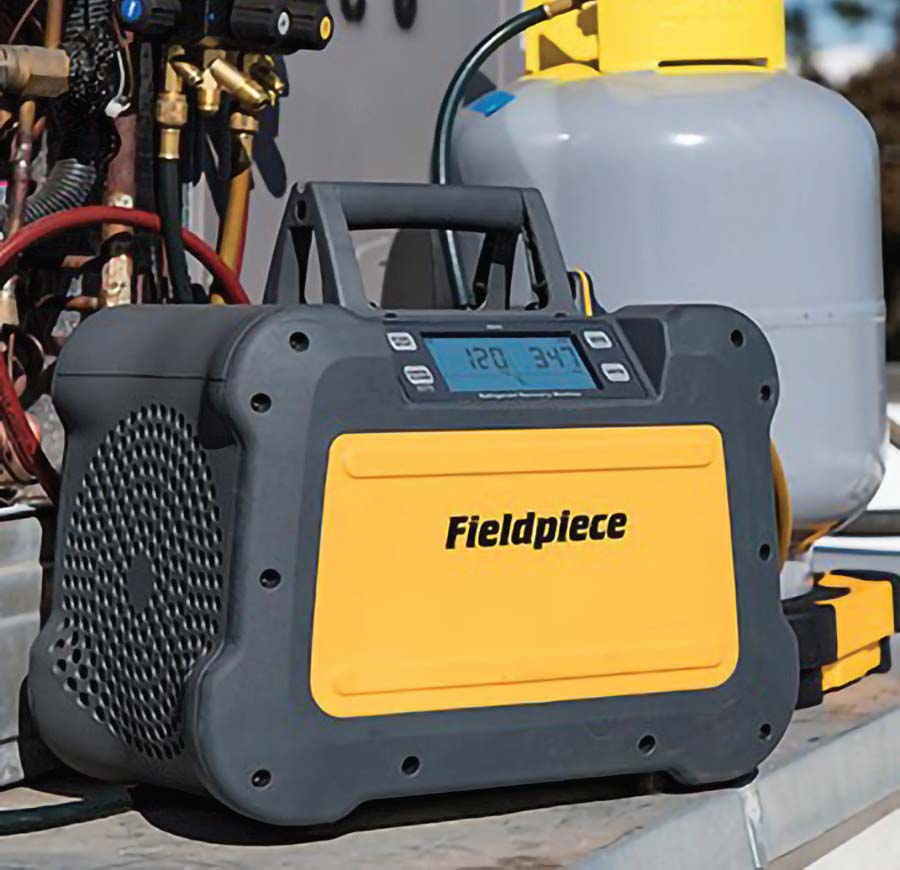 "It's really sort of giving back, if you will, to the industry, and helping in that training endeavor for the technicians out there," said Jeb Ball, Fieldpiece's vice president of sales and marketing, during a tour of the company's booth. Classes "have been super well-attended," Ball added. "I think we're adding a lot of value back to the market."

Born in 1990 with the invention of a HVAC-specific stick electrical meter with detachable heads that can be changed according to the type of test that needs to be performed, Fieldpiece said it has always put techs first when designing its products.

According to Ball, Fieldpiece engineers are required to spend a certain number of days per quarter on ride-alongs with contractors. 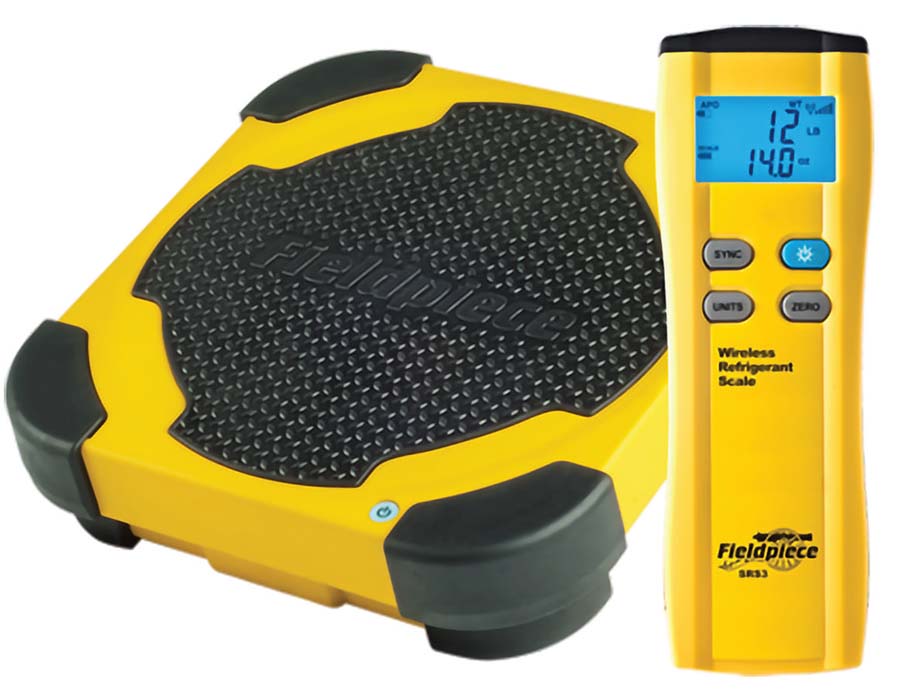 WEIGHING IN: A Fieldpice wireless refrigerant scale. (Courtesy of Fieldpiece)

"That's really been one of the keys to Fieldpiece's success, is that our engineers have direct contact with contractors while they're doing their jobs," Ball said. "They can see what the issues are... They can come up with ideas on how to improve something."

Fieldpiece also has a network of more than 100 contractors from whom it gets feedback on how its tools perform.

"We stay true to our core contracting base, and make sure that we're providing them with new innovations and new tools that help them do their job easier, faster," Ball said.

Fieldpiece products on display at the Expo included: