Forecast calls for soaring costs as the demand outstrips supply

Consumers will pay a lot more to heat their homes this winter. That’s the forecast the U.S. Energy Information Administration (EIA) delivered in its short-term energy outlook. The EIA said the retail prices were already at or near multiyear highs at the end of October.

Heating oil is expected to have the largest price increase, rising by 39%. Much depends on whether temperatures are warmer or colder than forecast. The EIA predicts a colder winter this year, more in line with the average winters of the past decade.

Propane will see the biggest jump in prices this winter if temperatures are colder than forecast, increasing by 83%. Electric heating will rise the smallest percentage — 6% if temperatures come in as forecast, 14% if colder. About a third of homes use electricity for heating.

Electric heat is more expensive than natural gas, which is used by almost half the homes in the United States. U.S. households that heat primarily with natural gas will spend 30% more than they spent last winter on average, the EIA reports. It will be 50% more if the winter is 10% colder than average and 22% more if the winter is 10% warmer than average.

Demand for fuel outpaced prediction as the economy recovered more quickly than expected, according to the EIA. This is causing the increase in prices. The Great Lakes states will take the biggest hit, but homeowners in most northern states will see higher prices. 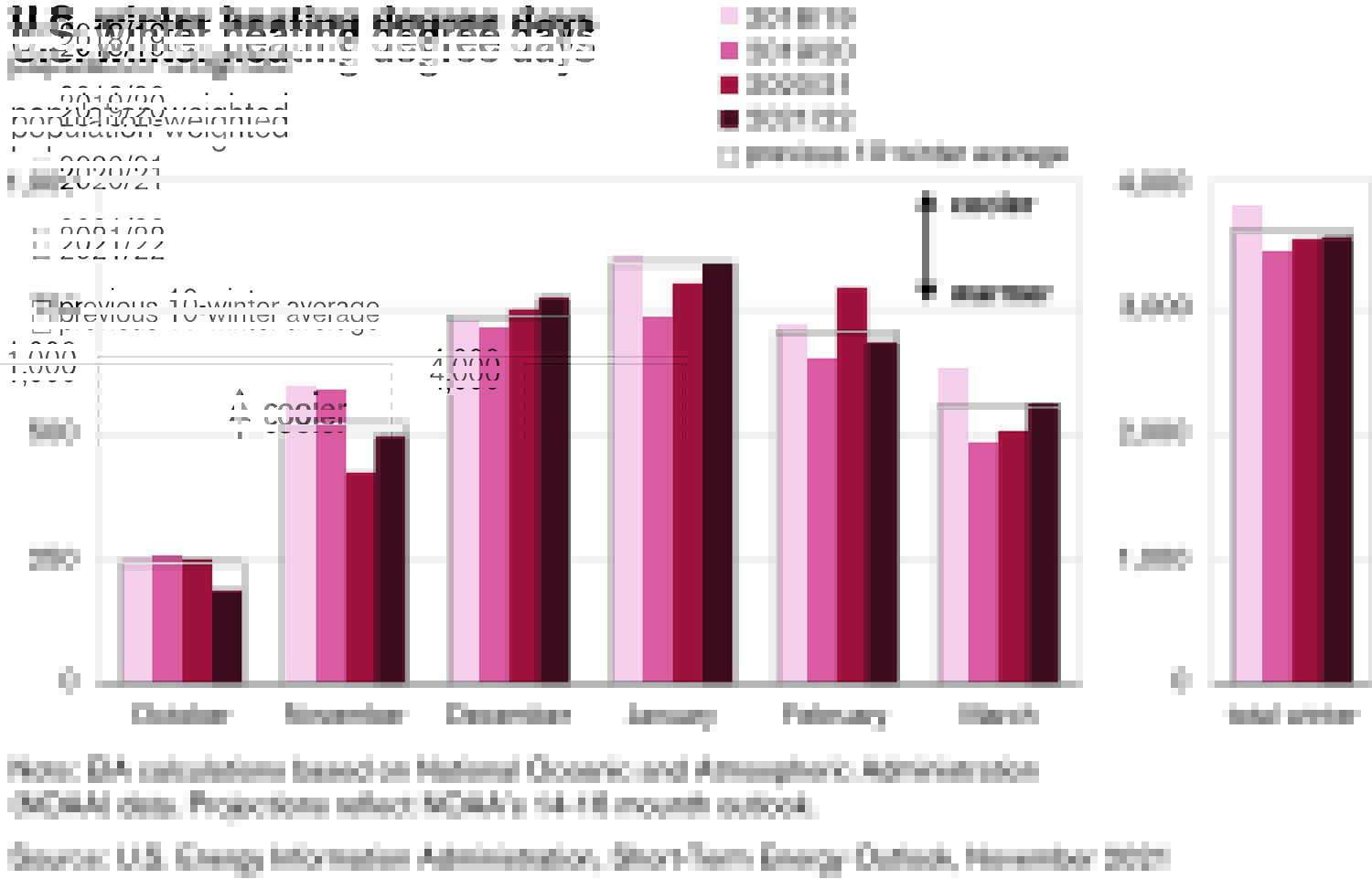 Of course, consumers are unlikely to see the effect of these price increases until their December heating bills start to arrive. Jeff Wagner, owner of Jansen Heating, Air Conditioning and Electrical in Freeport, Illinois, saw that happen a few years ago with his customers who heat their homes with propane. They went to refill their tanks in mid-winter, only to find prices increased to $7 from $1.50 due to supply issues. Many switched to natural gas after that.

In some cases, the increase in heating costs lead to equipment sales. Customers decide the cost of new furnace will pay for itself. But equipment prices continue to climb, along with every other expense, so that’s not an option for every consumer, said Steve Coscia of Coscia Communications.

“We’re not trying to sell them a system if they can’t afford one,” Coscia said.

Wagner works with his customers to find ways to reduce their heating bills. He takes a whole-house approach and is BPI certified. Jansen Heating even offers blower door tests.

“We usually start with an analysis of the home before we offer any equipment,” Wagner said. “We’re looking for ways to correct a problem versus putting more equipment in.”

The goal is limiting the amount of heat lost. Jansen Heating technicians will inspect a home’s insulation, especially around the rim joist. Wagner said 20% of heat loss can come that part of the floor system. Wagner said improving insulation also helps reduce cooling costs in the summer.

Jansen techs also look at the furnace filter. A dirty filter will cause a furnace to short cycle, Wagner said, adding to heating costs. A dirty filter leads to blower wheel issues. Just a little contamination of the blower wheel can knock down a system’s efficiency by 20%.

Coscia said sometimes the best ways to help homeowners deal with heating bills can be down over the phone. For example, snowstorms often block intake pipes placed too close to the ground. A contractor can recommend a homeowner try clearing out the pipe before sending out a truck. Fixing a problem and saving customers the cost of a call scores points for contractors.

Many contractors would prefer avoiding an unnecessary call in the winter. They are already busy this time of year. In addition, fuel costs for vehicle are expected to reach highs along fuel costs for homes.

When a homeowner opts for an upgrade, Coscia said HVAC contractors and their staff need to convey the savings per week, month, and season. He recommends gathering as much information as possible and having staff practice presentations about the different options available.

Northern Michigan will likely see some of the biggest jumps in heating cost this winter. That could help sales at Well-Connect Hybrid Geothermal in Alpena, Michigan. The firm sells geothermal units designed for rural customers. Unlike traditional geothermal units, these hybrids can be installed with any digging.

“We put these in January, February, every day of the year,” said Tim Schultz, the company’s president.

Well-Connect uses a home’s water well to access the earth’s heating and cooling. Wells are as common in rural homes as the propane tanks the hybrid system replace. The furnace steps in place, but now connects to a heat pump. Installation only takes one day, Schultz said. All that needs burying is a discharge water line that can be put underground at any time.

The company sells its product all over the country, although Michigan is its biggest market. Higher heating bills should help drive demand, Schultz said. So should the continued geothermal tax credit and rebates from local utility co-ops.

Schultz said the biggest drags on growth right now are lack of workers for the installing contractors and a lack of parts for the heat pumps. Like many other products, the lack of microchips causes delays. Still, Schultz said, these are good problems to have, since they show the market wants the product.