This website requires certain cookies to work and uses other cookies to help you have the best experience. By visiting this website, certain cookies have already been set, which you may delete and block. By closing this message or continuing to use our site, you agree to the use of cookies. Visit our updated privacy and cookie policy to learn more.
Home » Minority Contractors See Opportunities in HVAC for Themselves, Others
HVAC ContractingNewsBusiness ManagementTraining and Education

Minority Contractors See Opportunities in HVAC for Themselves, Others

The past year’s events, from the pandemic to protests, offered a lesson that Black Americans still struggle decades after the Civil Rights movement. One potential way forward is increasing the number of minorities in leadership roles at contracting businesses.

For Maliek Carrington, owner of Affordable Maintenance Services in Fort Mill, South Carolina, a good education in the trades has helped him overcome the prejudices he said exist everywhere. Since he started teaching HVAC, he’s seen young Black men and women reap the rewards of learning a trade. Recently, a woman who worked at a restaurant for $12 an hour when she started her classes called Carrington and said, “Now I’ve got a comma in my paycheck.”

Three Black HVAC contractors recently shared their stories of how they entered the trade, built their businesses, and work to add people like themselves to the HVAC industry’s ranks.

“It made me feel more confident to be a minority-owned business. With the conversation going on, there’s an acceptance and even a want to support a minority business.”
Craig Elliot
Owner, Nice Heating and Air

Conversations around race have been difficult for many, but Craig Elliot, owner of Nice Heating and Air in Springfield, Virginia, sees positive developments. Elliot started to include a picture of himself in his email signature line. He wants to make sure people know he is the owner. 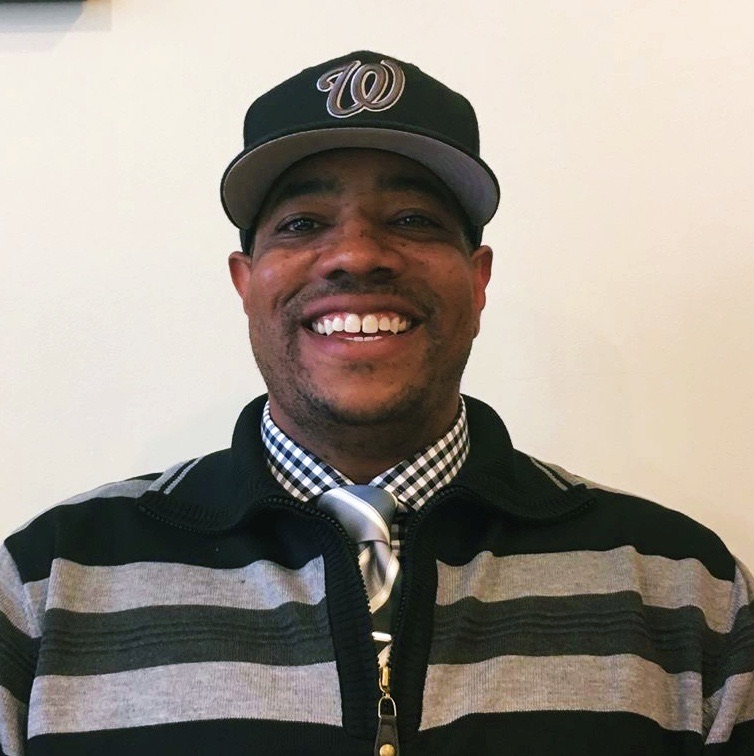 “It made me feel more confident to be a minority-owned business,” Elliot said.

Being a minority-owned business has even proven an advantage in some ways, he said. Many people want to take action to improve equality. That drives some of their spending decisions.

“With the conversation going on, there’s an acceptance and even a want to support a minority business,” Elliot said.

He hopes in the end they choose Nice because his technicians do good work. But gaining an opportunity to prove that service helps. Eliot takes the same approach to hiring. He gives equal consideration to applicants of all backgrounds, and he doesn’t believe in diversity for diversity’s sake. Elliot said if a young Black man comes in for an interview and he seems like he has what it takes, he’ll give him the chance to prove himself.

“I’m an opportunity guy,” he said.

Elliot remembers the days of showing up at a customer’s house himself. Some clients might have been unsure of him when he arrived, but Elliot worked to make sure they were happy with his work when he left. Elliot thrived in his role as a technician but found himself hitting a ceiling. He doesn’t blame it on racism, saying it might have just been a poor business decision. He does remember, though, that all the senior managers were white.

Eliot struck out on his own, working out of a pickup truck. Funding wasn’t an issue because Eliot was convinced he wouldn’t get any. He paid his own way and grew to the point where he now has 28 employees. Elliot wonders what he could have accomplished if his former employers had given him the chance.

“The right talent and the right people are what makes it go,” he said.

Jonathan Neves said he knew from the age of eight that he wanted to own his own business. He just didn’t know what that business would do. So he attended a trade high school in his native Massachusetts and started studying HVAC.

“I quickly realized I loved the industry,” Neves said.

At 17, he started working co-op at an HVAC firm. Neves started Green Energy Mechanical in 2008, when he was 27 years old. He saw an opportunity in offering higher-end, more energy-efficient products to consumers.

“Our company is designed very differently from our competitors in that regard,” Neves said. “Our model is really trying to help people decrease their carbon footprint through energy-efficient heating and air conditioning.” He also strives to provide transparency to consumers.

It’s a formula that works. Green Energy recently moved into a new bigger building in Canton, Massachusetts. The firm offers residential and commercial HVAC service and installation, as well as performing electrical work and installing water heaters. Neves said the move allows the firm to service more markets and expand into new services.

Starting out was challenging. Neves said many customers were uneasy about hiring a firm headed by a Black man who looked even younger than his age. Then he received some advice from a Black man who invested in commercial real estate, who recommended Neves put “project manager” on his business card rather than “owner,” to put more focus on his experience.

It worked. Sales doubled that year. Today, Neves appears front and center as the owner of Green Energy Mechanical.

Training Others to Succeed

As a young man about to graduate high school in New York, Maliek Carrington looked around to see what offered the best opportunities for employment. He kept seeing ads for maintenance workers that said, “Must know HVAC.” So Carrington called one of the numbers listed and asked the most basic question: “What is HVAC?” 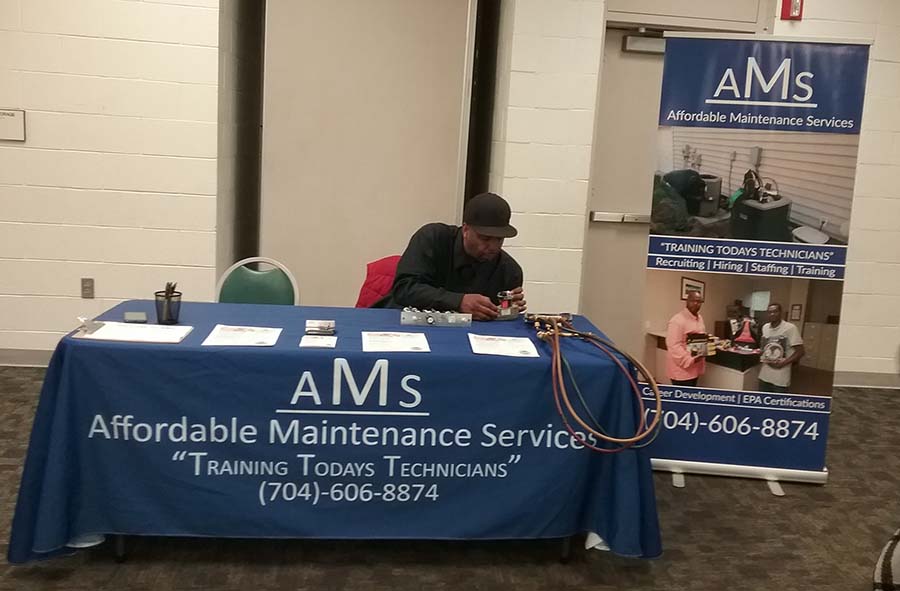 BACK TO SCHOOL: Maliek Carrington, owner of Affordable Maintenance Services in Fort Mill, South Carolina, signs up students for his HVAC classes. Carrington said training the next generation of HVAC contractors is a great feeling.

He found a school in New York that offered classes in what he now knew was heating, air conditioning, and ventilation, and started his training. Carrington moved to North Carolina and continued taking classes at Central Piedmont Community College.

That work ethic impressed the administration at Central Piedmont, and they hired Carrington upon graduation to work in the school’s HVAC maintenance department. After a few years, he moved to working for the local county. Carrington said he wanted to gain a range of experience before striking out on his own.

Finally, he opened Affordable Maintenance Services in Fort Mill, South Carolina. Carrington started without any capital, and he soon ran into the challenges of paying for equipment, plus the gas to get to jobs, before collecting any money for the work. Carrington realized he needed to learn about finance, so he went back to Central Piedmont for classes in money management. He then refinanced his condo, taking out $20,000 for business capital, and rented it out. Carrington bought a new vehicle and rented a storage unit that he used as a shop.

Central Piedmont offered Carrington another job opportunity when he was invited to start teaching night HVAC classes. Carrington said many people today can’t wait as long as he did, or even two years, to get a degree in HVAC. They need to start making money right away. That’s why he started his own training service.

Carrington said he wanted to teach the way he wanted to be taught, including more hands-on training. He has also teaches classes for the Urban League of Central Carolinas in Charlotte.

Training students for a job is just the first step. Carrington said they also need to learn to be entrepreneurs who are willing to take risks. He has about a dozen students who today own their own companies. That, he said, is the greatest feeling.