Expect a tough winter, then watch for a boom once virus is under control

Everyone wants to know what the future holds for the U.S. economy. Of course, almost all predictions made at the end of 2019 were wildly off. Still, economists are offering their best forecasts based on what they now know. Anirban Basu, CEO of Sage Policy Group, is one of those economists. Basu recently presented his outlook at a pair of trade groups — SMACNA and the Mechanical Contractors Association of America (MCAA).

Speaking to MCAA, Basu went over some of the biggest trends driving business for those in the HVAC trade these days. One of those is people working from home. Since March, millions of workers have done their jobs from their living rooms rather than their cubicles. Some of those workers will return once vaccination becomes widespread, but not all of them.

Basu said the most surprising outcome from the shift to work from home is people became more productive. Yes, they did have to deal with kids and pets, he said, but they avoided talkative coworkers and marathon meetings.

“It turns out, the office has a lot of distractions,” Basu said.

Being home meant people spent their money differently. People weren’t traveling or dining out. Instead, they upgraded their HVAC systems, among other home improvements. The biggest obstacle for these improvements wasn’t a lack of money but a lack of equipment, Basu said.

This year’s recession was due to a supply shock, he said. The pandemic hit and businesses shut down. People still had money, but they had less on which to spend it. That’s the opposite of the demand-driven recession in 2008 and 2009, Basu said. During that period, he said, “the money disappeared.”

Basu expects consumers to continue investing in homes going forward. A combination of low interest rates and low inflation create the perfect environment for new-home construction, he said. New-home starts reached a 13-year high in October, according to the U.S. Census Bureau. That same month, approved but not-yet-started home construction was near the highest level since early 2008.

The previous decade was about young people flocking to urban centers, Basu said. This decade will be about a return to the suburbs. That’s bad news for cities and for some contractors. Local governments already face a shortfall in tax revenue that will continue as people work and conduct other activities online from their suburban homes.

There are a few bright spots, however. Basu expects more hospital expansion as the healthcare industry prepares for future pandemics. The AIA reports its members also see increased demand from senior housing facilities. The move to online shopping and working means more demand for fulfillment centers and data centers.

“You still need air handlers to keep the machines at a comfortable temperature,” Basu said.

New construction is a large source of income for commercial contractors, but increased demand in other areas will offset some of the decline. Basu said many property owners are retrofitting and modernizing their existing buildings with new HVAC systems to attract occupants and other users.

The slowdown in architectural billings reflect a general trend of business activity declining as COVID cases rose through the fall. Basu said it’s very likely we are entering another phase of the recession — one that will hit some businesses, such as restaurants, and their employees very hard. This time, there is no Payment Protection Program and the unemployment enhancement is lower, even though Congress did take some measures to soften the economic blow. 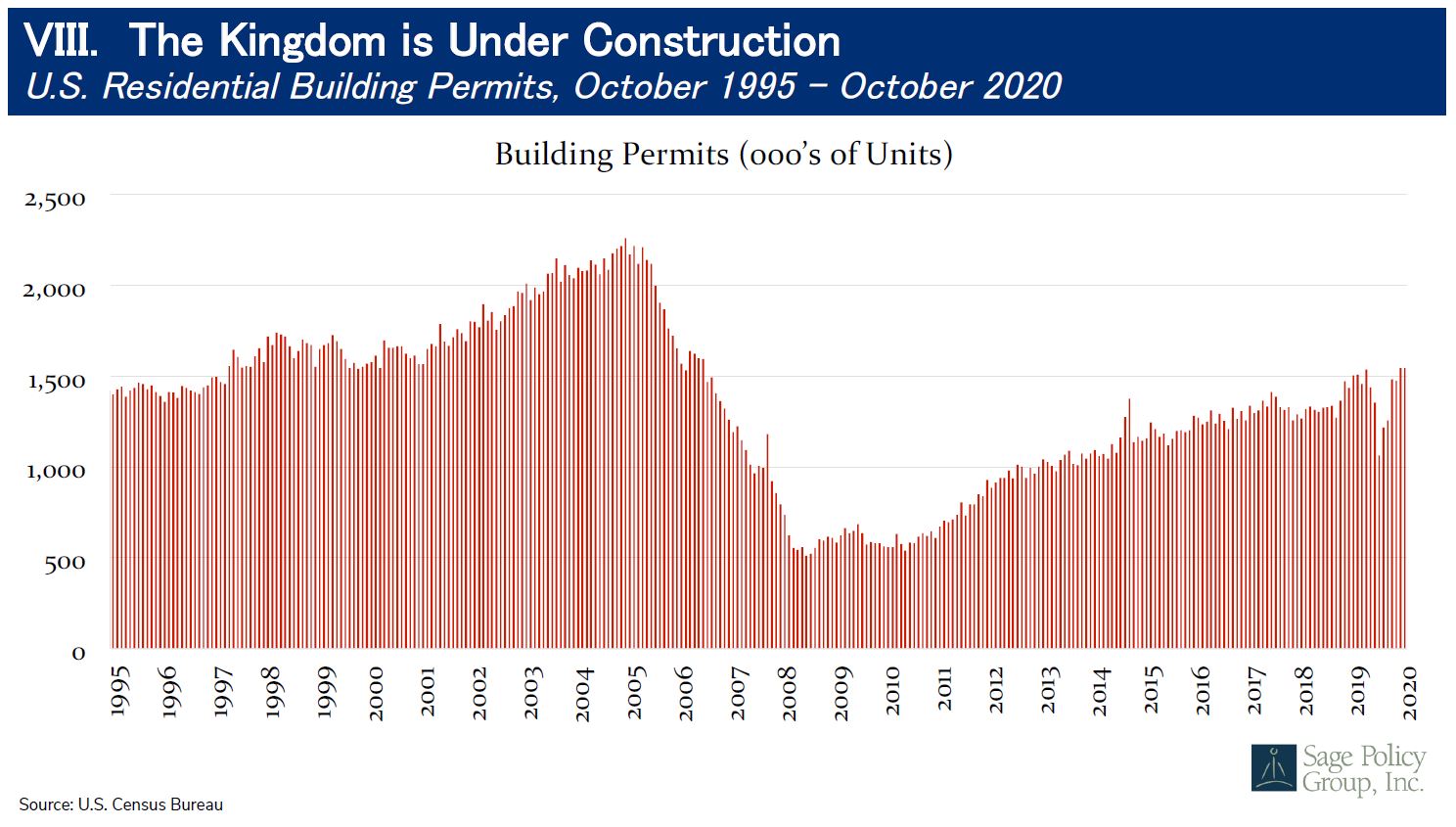 “They’re walking naked into the winter without that stimulus,” Basu said.

Congress has spent trillions already on extra spending, and some analysts warn that could cause problems itself in the coming year. The more money the government prints to pay for enhanced unemployment and cover rent payments for low-income citizens, the higher the risk of increased inflation and higher interest rates. Basu said that’s possible, but economists have predicted that outcome for years without it actually happening.

So what will happen? Basu is optimistic. Since this is a supply-driven recession, there should be considerable pent-up demand released once the virus gets under control.

“After the broad base vaccination, watch out,” Basu said. “This economy is going to take off.”