Residential ductless systems are in the perfect environment for growth. Activities have shifted to people’s homes, increasing their need to control comfort in different rooms. Governments are pushing a move toward electrification. And manufacturers are promoting a wider array of products than ever.

Jeff Wagner, owner of Jansen Heating, Air Conditioning and Electrical in Freeport, Illinois, has seen a 200% increase in requests for quotes on ductless units. In mid-April, he had a backlog of 12 systems to install. That was despite the latest snowfall in eight years.

Wagner is not alone. Tom Carney, director of sales for Halcyon at Fujitsu General America, sums up the demand for residential ductless in three words: “off the charts.” Carney points to data from HARDI that shows double-digital growth in sales for January and February. Terry Frisenda, executive construction sales manager at LG Air Conditioning Technologies, cites data from AHRI that shows the residential ductless market has grown by 31.1% through February 2021, and ductless unit shipments have almost doubled since 2018.

Getting The Word Out

There are a number of reasons for this growth, but marketing has played a crucial role. Carney said consumers are becoming more informed about their HVAC options, and contractors are becoming more knowledgeable as well. Frisenda said consumers are hearing about these units from a variety of sources, including manufacturers, contractors, and local utilities. 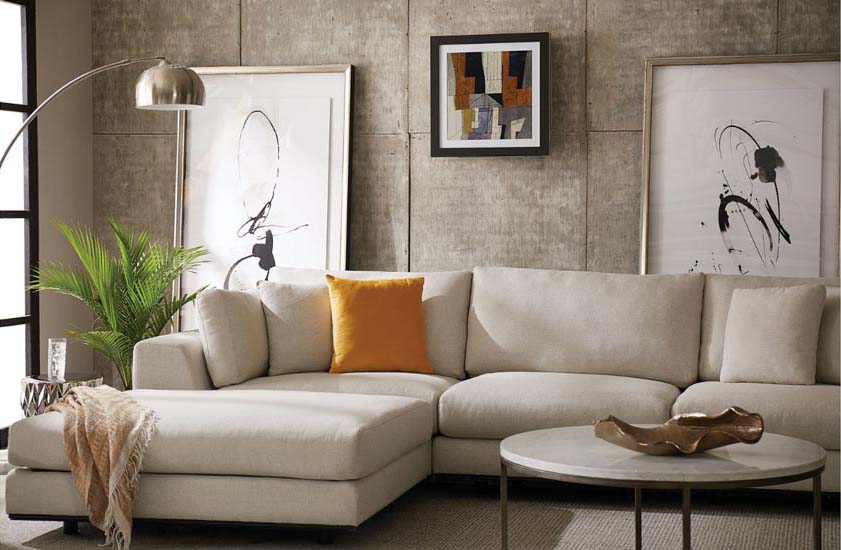 LOOKING GOOD: Can you spot the ductless unit in this picture? (Photo Courtesy Of LG)

“There are so many benefits of moving to residential ductless that it is just a matter of educating the market to its advantages,” he said.

Wagner has been a METUS dealer for around 15 years and consistently advertises the company’s ductless products. Some of the requests for quotes come from outside his marketing area and are generated by campaigns from the manufacturer. About half of the requests continue after the initial inquiry. The main reason people lose interest is the price exceeds their expectations, Wagner said.

Price is less of an issue today thanks to a number of discounts. Wagner said METUS offers a $500 rebate and the local utility offer $400. Add in a $300 tax credit, and the final cost has dropped by $1,200.

Much of the demand for ductless units comes from people spending more time in their homes. Wagner has installed many units as people transform part of a basement or a spare room into a home office or gym.

“We’re seeing demand from these rooms that were never used before and now they’re trying to make something useful out of them,” he said.

Carney points out that because people are home more, they are home during peak demand hours for air conditioning. That makes them notice the need for additional solutions that don’t drastically increase their energy bills. He said many people have used their federal stimulus money to pay for these kinds of upgrades.

Frisenda said he expects people to seek more use out of their homes even after the pandemic. Consumers are also more concerned about IAQ. Ductless products can play a role in that area as well.

“I see it as staple moving forward that will in itself drive business to ductless technology,” he said.

Ductless systems help homeowners in the opposite way as well, Wagner said. They can turn off units in unused rooms, such as a child’s bedroom when they are away at college. That’s not possible with a traditional ducted unit, as shutting the vents in a room can damage the system.

The units are also becoming easier to integrate into a home design, Wagner said. As they become smaller and more efficient, they can be placed in different parts of the room. Many manufacturers are also working on improving the appearance of their ductless units, offering more aesthetically pleasing designs.

More homeowners are looking at ductless solutions that go beyond heating or cooling one room. Wagner recently quoted a project for a 2,800-square-foot-ranch that would use two ductless systems. He said these kind of larger ductless projects are possible today because modern homes are much tighter environments.

The market should only grow going forward. Carney said the United States is still in the early adopter/innovation stage when it comes to ductless systems. The Biden Administration’s push for decarbonization should only help drive this adoption.

“As great as our projections were for strategic electrification, demand has proven greater,” Carney said. “We’re seeing hockey stick growth on a spaceship-type trajectory.”

Frisenda said ductless systems meet many of the current demands from consumers and others. They improve comfort, reduce reliance of fossil fuels through electrification, and adapt to changing lifestyles. Ductless units can also be integrated into a smart home environment. This means strong growth going forward.

“As the movement to reduce the impact of traditional fossil fuels progresses, the preference for a more efficient and connected home increases,” Frisenda said.