International Code Council Stirs Up Its Mix of Codemakers

Architects, code officials object as ICC overhauls the process and range of participants for code updates

The blend of government and industry influences on building code development will shift to some degree in the coming months, away from those who have typically made the codes and toward those who have been responsible for meeting those codes.

The 2024 International Energy Conservation Code (IECC) is still scheduled to arrive on time as part of the usual three-year cycle administered by the International Code Council (ICC). However, the ICC board of directors has implemented significant changes regarding who has formal input during IECC development and how that overall process is structured.

In what appears to be a response to the complexity of the issues requiring consideration and the traditional development process, ICC is shelving that process in favor of an ANSI-approved standards process for code updates.

A new Energy and Carbon Advisory Council will offer input during the process. The ICC is in the outreach stage of forming that body’s initial membership. The effect of that council on code substance remains to be seen, but its establishment has caused concern among some traditional stakeholders.

The common argument for changing to the ANSI standards process cites the layers of steps to revising code in the previous process, along with some restriction on who could participate.

The ICC touts the new format as allowing proposed revisions to be considered more holistically, rather than strictly individually. The organization also expects the new process to streamline code updating and revision in a number of ways.

In addition, the ICC points to a requirement that each subsequent edition increases energy efficiency, whereas no such formal requirement existed before.

“Future editions of the IECC will build on prior successes including an increase of efficiency requirements by about 40%, or an average of 8% a cycle from 2006 to 2021, allowing the IECC to remain a strong avenue for communities to reach their energy efficiency and sustainability goals globally,” said the ICC in a statement.

Opponents of the changes point to voting surrounding the 2021 code process as igniting the push for these changes. Increased levels of voting by code officials and disagreement over environmentally related measures in turn raised a desire, especially among homebuilders and some in construction, to respond.

The Energy and Carbon Advisory Council is expected to serve as one component to provide some counter to the traditional influence of code officials.

Public comments submitted to the ICC reflect the differences of the opinion among stakeholders.

Richard Moore, who works with Henrico County’s building inspections in Virginia, wrote, “The time it currently takes to get a code change approved is appropriate, and it gives those of us that enforce the regulations on a daily basis an adequate means of letting our opinions known with regards to code changes, including the IECC.”

A substantial number of other jurisdictions added similar sentiments.

Code officials were not alone. Architects and engineers voiced disagreement as shown by multiple letters from AIA chapters around the U.S.

ASHRAE, representing HVAC engineers, declined to comment specifically for this article, but it had already expressed its displeasure with a letter from its board. That letter outlined what it sees as several problems with the new standards-based setup. Most of them involved conflicts of various sorts with ASHRAE 90.1’s current wording, although the letter also mentioned “the appearance of a conflict of interest for ICC to develop standards and then adopt those standards into I-Codes.”

Again referencing the coexistence of the IECC and ASHRAE 90.1, ASHRAE wrote that if “ICC continues towards the path of developing the IECC as a standard, ASHRAE will be forced to request the retraction of the copyrighted content that was provided to the ICC.”

On the other hand, numerous members of the building industry, from private builders to manufacturers of construction materials, wrote to voice their support of changes they see as ameliorating an unwieldy status quo with regard to codes.

The powerful National Association of Home Builders joined more than one gas industry group in supporting the new changes, expressing special concern over transparency and other aspects of the old structure.

Lauren Urbanek is a senior energy policy advocate with the National Resource Defense Council. In a March post about the ICC’s moves, she said the NRDC is especially concerned about the prospect of more innovative greenhouse gas-related measures being shifted to the status of voluntary supplements instead of core code components. 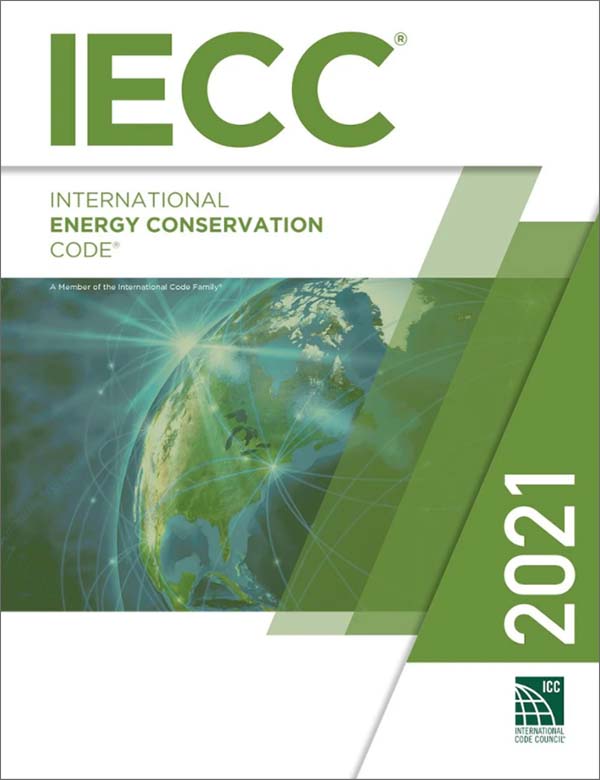 “The ICC contends the process change will ultimately be a better way to meet the needs of local governments that administer the codes and help them address their climate targets,” she wrote, “but whether that plays out depends entirely on how the ICC executes its new framework.”

AHRI’s vice president of public affairs, Francis Dietz, did not get into pros and cons of the ICC’s previous or new approaches, instead emphasizing his membership’s expertise and willingness to assist.

ACCA’s Wes Davis, director of technical services, relayed that his organization remains interested in the transition to the new process, with continued emphasis on promoting correct design and installation.

Setting aside the debate around the “how” of code updates, the next update is in motion. Two ACCA proposals are on the table at this stage and due for discussion this month in ICC committee action hearings.

The RM1-21 proposed change to the International Residential Code would add a new requirement for a permanent pull-down ladder or stairs to safely access HVAC equipment installed in attics for servicing. Existing equipment would be exempted.

ACCA notes that this proposal came to them via the Conditioned Air Association of Georgia, who advocated for a similar recent change to the Georgia code.

The other proposal, for the International Property Maintenance Code, would add a requirement to comply with ACCA Standard 4 QM and ASHRAE/ACCA Standard 180 for maintenance of HVAC equipment and duct systems, which would cover residential and commercial buildings, respectively. ACCA and ASHRAE are co-proponents of that change.

Beyond the measures ACCA is sponsoring itself, the association has posted its recommendations (PDF) regarding approximately 10 other proposals in the current cycle.

These measures, proposed by either manufacturers or code officials, touch on an array of topics ranging from refrigeration cooling standards and A2L detection to proposing a new “air leakage factor” for ventilation rates and asking to delete a current relief valve discharge requirement.

Contractors interested in learning more about the specific proposals and ACCA’s positions on them can visit ACCA’s blog as well as ICC resources.