The International Code Council (ICC) has passed a proposal that will require more duct testing in an effort to combat duct leakage, conserve energy, and reduce utility bills.

While the desired end result is straightforward enough, the rest — the choice of method, how the change will affect contractors, whether it was necessary in the first place — turns considerably more complicated.

Recent versions of the International Energy Conservation Code (IECC) included an exception that waived the need for duct leakage testing when the ducts and air handlers are “located entirely within the building thermal envelope.”

In an online vote of local code official members in late 2019 that was certified early this year, RE112-19 eliminated that exception as of the 2021 code.

(RE112-19 did not affect the one remaining exception in the code, “A duct air-leakage test shall not be required for ducts serving heat or energy recovery ventilators that are not integrated with ducts serving heating or cooling systems.”) 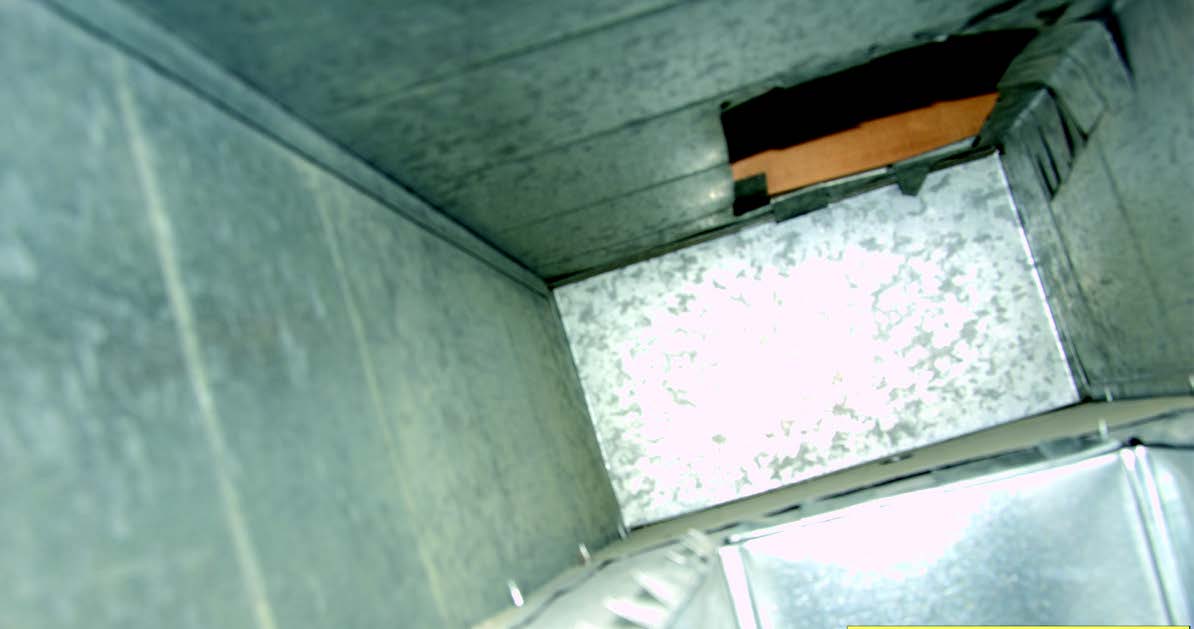 INTERIORS: Compared to systems with some ductwork or air handler outside the thermal envelope, the updated ICC code allows a more generous leakage threshold to the systems entirely within the thermal envelope that will now have to be tested. PHOTO COURTESY OF ACHIM HERING VIA CC S-A 3.0

A collection of proponents officially supported the bill. Groups included the Energy-Efficient Codes Coalition, Building Codes Assistance Project, Alliance to Save Energy, and American Council for an Energy-Efficient Economy.

The crux of the formally submitted reason for eliminating the exception read:

“Although moving all ducts inside conditioned space may have a positive impact on energy efficiency overall, this practice alone cannot guarantee that the ducts will be tight enough to deliver conditioned air to all occupied areas of the home. Uncomfortable occupants commonly adjust thermostat settings to counteract the effect of poor delivery of conditioned air, leading to huge losses in energy efficiency. And these homes are at far greater risk for builder callback.

“This proposal will improve building quality and keep occupants more comfortable by requiring a duct test for all new homes, although the allowable leakage rate will be set at twice the prescriptive rate when all ducts are located inside conditioned space.”

Indeed, the leakage threshold in the replacement language leaves more latitude than for partially exterior systems, allowing up to 8.0 cfm per 100 square feet of conditioned floor area.

The proponents brought some real-world data. They cited a DOE field study of homes in Kentucky with such systems and summarized the study’s findings as follows.

“Of the 24 homes tested [that would have qualified for the test exemption under the IECC], all 24 homes had higher leakage rates than the 2018 IECC requirement. Tested duct leakage for these homes averaged 18.5 cfm/square foot, with individual homes ranging from 6.26 cfm/square foot to as high as 40.36 cfm/square foot.”

The main scenario that proponents hope to avoid has more to do with humans than equipment.

“If an uncomfortable occupant adjusts the thermostat 2 or 3 degrees,” the case concludes, “the impact will be far, far higher, and could easily negate many of the efficiency gains made in the IECC over the last decade.”

The ICC did not return requests for additional information.

At a hearing on the matter, ACCA had joined other opponents from the homebuilding industry in opposing the measure. David Bixby, an ACCA consultant on codes, standards, and regulatory matters, focused on code activities and model code work relevant for ACCA members.

Filing official public comment on the matter, Bixby asserted that the proposal is not cost effective and that a duct leakage test will not fix what are actually airflow problems.

If the ductwork is constructed per International Residential Code requirements, as verified by the code official, “there should not be ‘excessive leakage’ that requires additional sealing or leak testing,” he said.

The “if” in his statement represents the critical difference between what “should be” and what “is.” Requiring more duct leakage testing where previously none was required may fall under the “as verified by the code official” part of the scenario.

ACCA technical services director Wes Davis reviewed several materials that current code allows to properly seal ducts upon installation. It should be noted that no party involved criticized the level of quality supported by current code. RE112-19 makes no changes to how the work is actually done; it requires more projects to verify that it was done properly.

Asked to respond to the data from the DOE study of homes that had been tested or not tested previously, Bixby and Davis did not contest the data but noted that further information was not available about the original work on those homes or their inspection process in the first place.

HOW, WHO, AND WHEN

Bixby and Davis also put forward a line of opposition that took issue with the structure of the solution that IECC members adopted.

Regarding the status quo, Davis said, “I think it bears repeating that a lot of the folks that are seeking to comply with the IECC are typically also seeking a HERS rating or an energy rating index score, so I think those folks are already doing a lot of testing.”

With such scores becoming more popular as a level of assurance for homeowners, the updated code may not represent additional work for as many projects as it might have otherwise. But it will certainly create some additional testing responsibility.

Davis and Bixby have considered whether the contractor might do this testing and then show results on demand to the code inspector, whether the inspector might conduct the testing, or whether it would perhaps be conducted by a third-party testing entity. At this point, it seems to early to tell, and it may vary from project to project or jurisdiction to jurisdiction.

Then, there is the matter of when to test.

“There’s two ways to do it in the code,” Bixby outlined. “The first one is the rough-in test, including the air handler enclosure if installed at the time of the test. The other test you can do is a post-construction test — everything is finished and everything’s taped, and you’re just you’re pressure-testing the system after it’s all put together in the field.”

If everything has been done to code, Davis said that either method should translate to little extra time or effort. If a problem or defect has arisen in the system, identifying it at rough-in rather than upon completion of finished spaces would point to a less involved (and less expensive) range of corrective scenarios.

“Something that we haven’t really touched on,” wrapped up Bixby, “is that ACCA recommends an air balancing test. That can definitely tell you if you’ve got leaks anywhere in the system. The code doesn’t require it, but we recommend it.”

HVAC contractors might be wise to follow ACCA’s advice regarding that test, or to check work using SMACNA’s approach. Either way, they will need to monitor how their locality handles enforcement in this matter. That will likely determine whether contractors should plan to conduct a test using ICC’s prescribed method themselves, expect a code official to do it, or even consider any additional business opportunities as a third-party provider.

The Sheet Metal and Air Conditioning Contractors’ National Association (SMACNA) has a long history of research regarding the fabrication, installation, and testing of ductwork. Research independently confirmed by SMACNA and European countries proved that the approach using surface area of the duct and the pressure in the duct serve as the basic parameters for determining air leakage.

These findings, later confirmed by others (including ASHRAE), illustrate that the leakage of air from a duct is not a function of volumetric flow but of pressure, the amount and size of the openings, and the properties of the openings. When it comes to industry standards and recommendations, SMACNA concluded that this approach is far superior to the arbitrary assignment of a percentage of fan flow rates as a leakage criterion.

To simplify the process, SMACNA correlates the amount and size of openings to surface area — and put more simply, “more duct means more openings.” The properties of the openings affect the leakage class which SMACNA provides data for sealed and unsealed joints and seams. Duct openings also affect the “exponent” (N) which governing theory would set at 0.5, but actual physical testing shows a variance, so SMACNA uses 0.65 instead. This approach has been published in the SMACNA HVAC Air Duct Leakage Manual (ANSI) since 1985 and is the accepted methodology included in ASHRAE Standard 90.1.

The surface area basis highlights the effect of system size and is now one of the primary factors of SMACNA duct leakage classifications. As fabrication and installation methods advanced, the SMACNA HVAC Air Duct Leakage Manual (ANSI) 2nd edition 2012 further strengthened the duct leakage classes (see attached Table 5-1) for rectangular and round ductwork.

Further, the use of conditioned space as the protocol for duct testing is also inconsistent with testing data and the industry best practices, as it has been proven that the duct surface area method, defined by SMACNA, is the most effective approach for determining duct leakage — which is based on ductwork fabricated/installed in accordance with the SMACNA HVAC Duct Construction Standard (ANSI), mandated by the ICC.

Eli Howard is executive director of technical resources at SMACNA, an international trade association representing 3,500 contributing contractor firms and a leader in promoting quality and excellence in the sheet metal and air conditioning industry. Learn more at www.smacna.org.