This website requires certain cookies to work and uses other cookies to help you have the best experience. By visiting this website, certain cookies have already been set, which you may delete and block. By closing this message or continuing to use our site, you agree to the use of cookies. Visit our updated privacy and cookie policy to learn more.
Home » System Improves HVAC Performance Using Automated Intelligence, Data
Manufacturer ReportsNewsProductsServices | Apps | SoftwareApps & SoftwareNew HVAC Products

Artificial intelligence is coming to HVAC, and one company plans on bringing a proven product in this area to the U.S. market. Ecopilot came to North America a few years ago and has already been used in several projects in Canada. Its U.S. roll out has been delayed but should resume in the near future.

The system is based on research from the KTH Royal Institute of Technology in Stockholm, Sweden. The main company remains headquartered there. Ecopilot spent eight years, from 2001 to 2008, developing the software to harness building thermodynamics for heating and cooling, said Jennie King, director of sales and marketing for Ecopilot Canada/USA.

Ecopilot went commercial in Europe more than a decade ago and is now in place in more than 1,000 buildings, King said. This includes 15 of the 25 largest property owners in Sweden. The company started its North American operations in Halifax, Nova Scotia. Since 2017, it has completed 16 installations in Canada. The installations include a mix of uses including retail, residences, and schools. 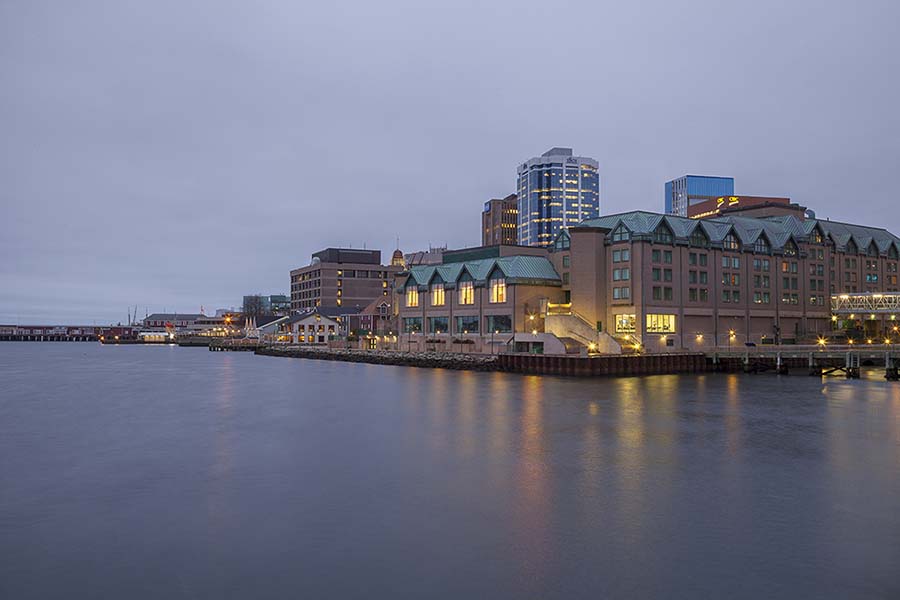 NEW ADDITION: The Halifax Marriot Harbourfront is the first hotel in Canada to use an Ecopilot system. Ecopilot Canada/USA hopes to start growing in the United States soon. (Courtesy of Ecopilot)

The latest is the Halifax Marriot Harbourfront. This was Ecopilot’s first hotel project in Canada. Marriott has made a public commitment to countering climate change and incorporated the system as part of its efforts.

“To incorporate AI that automatically optimizes our HVAC performance is very exciting and we’re thrilled to be at the forefront of this solution in our industry,” said Jeff Ransome, the hotel’s general manager, in a statement.

Ecopilot Canada/USA had opened an office in Cambridge, Massachusetts. Then came the coronavirus pandemic. King said the company now plans on working with another partner, also in Massachusetts, to bring the system to the United States.

The plan is to first focus on the Northeast. King said the basic setup is easy enough that Ecopilot could install a system anywhere there is demand. Most of the work comes from the analysis. This takes in a range of factors, including the existing HVAC system, past energy usage, weather patterns, and the comfort and other climate needs of occupants.

A physical device is then installed by an electrician. Ecopilot connects with the existing building management system to create an ongoing analysis of the HVAC system’s energy efficiency. It works with the BAS to adjust the system as needed to adjust temperature, pressure, and flows in the building’s ventilation, heating, and cooling systems.

The installation is done at no cost, King said. Customers pay back Ecopilot from the annual energy savings during the duration of the return on investment.

“We know we’re going to get savings and we wouldn’t put it in if we didn’t know we could get our own investment back out of it,” King said.

As with any product that collects data, there are concerns about security. King said that since Ecopilot is on the same network as the BMS, it is secure. Ecopilot is also moving to a cloud-based system, which the Swedish parent said increases data security even more.

This may seems a strange time to start selling a device to optimize energy use in large commercial buildings in the United States, since so many are sitting empty. But King said that’s even more reason to control costs. For example, Ecopilot is getting more inquiries about public buildings as governments face shortfalls.

King said Ecopilot can take 25% off heating and cooling costs, one of the largest overhead expenses. It also helps the environment. But the cost savings are often the bigger factor, especially right now.

“I want to say everybody does it for the planet and that’s a motivating factor, but the reality is we’re in a challenging time,” King said.

How to Use a Micron Gauge