Much is said about millennials. Some say they are lazy, entitled, and overly sensitive. Others say they are aspirational, compassionate, and motivated by more than money. The one attribute everyone agrees on is youth. But by some definitions, the oldest millennials are turning 40 this year. That means millennials are growing in importance to HVAC contractors as both customers and employees.

There is no exact definition of the millennial generation. Some put the starting point at 1980, with others placing it at 1985. The end point ranges from 1995 to 2000. Either way, the population peaked in the late ‘80s, making many millennials over 30. That’s an important age for the HVAC industry. The average age of first-time homebuyers rose to 33 in 2019 from 29 in 1981, according to the National Association of Realtors. And there are a lot of them.

“You’re hitting a curve now where you’re going to have more 30-year-olds in the U.S. than we’ve seen in the last 20 years,” said Colleen Keyworth, director of sales and marketing for Contractor’s Online-Access.

Part of the reason millennials waited to buy homes was they waited to have children. Many of them remain childless, but Keyworth points out that the explosive growth in pet ownership, or “pet parenting” as many millennials prefer, makes up for some of that. New housing developments are popping up all over places with high concentrations of millennials, including parts of Colorado, Texas, and Utah, Keyworth said.

The question then becomes how to reach them. Traditional media stills play a part, but effective marketing requires more effort than placing ads with a few TV channels, the local paper, some radio stations, and maybe a cable system. HVAC contractors seeking to reach millennials now need to cast a wider net. 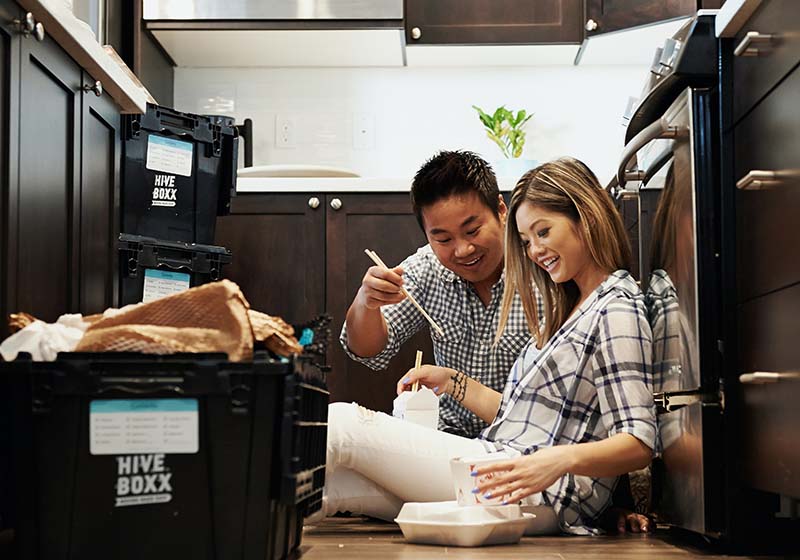 SETTLING IN: Reaching millennial homeowners means expanding the number of media channels you use.

For social media, Keyworth said millennials mainly spend their time on Facebook and its sister site, Instagram. They stream most of their music and television, so she suggests buying ads on services such as Spotify. More and more, millennials are listening to podcasts as much as music. Keyworth said every larger city has at least a few of these that will sell spots.

Traditional online marketing proves less effective. Millennials are more ad savvy, and they often use ad-blocking software, so many messages never reach them. Some of the oldest media methods still work, Keyworth said. First-time homeowners still call the number on the sticker when the HVAC stops working. And, somewhat surprisingly, they still go through their mail.

Other aspects of marketing have diminished in importance. Phil Mutz, vice president of technical services for Moncrief Heating and Air Conditioning, said his firm has what is considered a classic Atlanta phone number that reflects Moncrief’s century of service. While that number used to signify dependability to consumers, it matters less and less to people as they call directly from an internet search. Mutz said the firm now uses tracking numbers instead to get better analytics.

Millennials Expect To Replace Rather Than Repair, Buy On Credit

What millennials expect from HVAC products does differ from older consumers. They have higher expectations when it comes to technology and customization.

“In the old days, people were happy to have some cool air in the house,” Mutz said. “Now people expect every room to be in some really tight tolerance.”

Mutz said he often needs to explain that online articles about how HVAC works often fail to match up with reality, at least at a price within their budgets. Millennials believe they have all the world’s information available at their fingertips, and this can create overconfidence. Amy O’Grady, general manager of Charlie’s Tropic Heating & Air Conditioning in Jacksonville, Florida, has heard stories of contractors getting calls from young homeowners who bought a Nest thermostat and tried to install it themselves.

“They think they have the ability to find all the how-tos on YouTube,” O’Grady said.

Millennials also have different expectations about how long a product lasts. For example, O’Grady said older generations would take a broken TV into a repair shop because it represented a major investment. Today, people hop online to find a replacement, since many TVs cost only a few hundred dollars. This makes millennial homeowners less willing to buy service contracts or sign maintenance agreements.

Millennials also don’t worry about the financial costs of a major repair or system replacement. That’s because the days of paying with cash have passed, Mutz said.

“They aren’t expecting to save money,” he said. “They’re looking for unlimited credit.”

Many of the ways millennials are different as customers carry over into their careers. O’Grady said they take a different view of the long term and worry less about traditional perks such as health insurance or retirement plans. She said employers need to create new ways to keep staff as a result. Keyworth said this can include some unusual additions to an HVAC contractor’s shop, such as an in-house gym or even batting cages.

Basic compensation becomes another issue. Millennials still expect to get paid for their work, but they also value time as much as money. This leads to some changes in the ways HVAC contractors traditionally operate. More contractors are looking at limiting their service hours.

Millennials want more than a “good place to work,” Keyworth said. They want transparency and they want to understand a company’s core values and their role in the plan of action. Older workers understand the hierarchy of a business better, O’Grady said. Unfortunately, when some millennials feel unheard, they react poorly. They may complain about “feeling unsafe” or quit without notice.

“It’s a totally different mindset where their feelings suddenly define reality,” Keyworth said. “It’s not that we don’t care about our employees’ feelings, but this has to be a business first and foremost.”

Mutz finds himself conducting more one-on-one meetings with employees. Keyworth said many millennials prefer written communication, such as emails and texts, to actual talking. Some of this results from changes in technology as much as age difference. Mutz said his 75-year-old father texts more than anyone he knows.

Address the Individual, Not The Age

And that’s a key point about millennials — they aren’t all the same, and treating them as such creates all new problems.

“If you want to get and keep employees, you really need to manage everyone as an individual and not as a monolith,” Mutz said.

In fact, Mutz, Keyworth, and O’Grady all fall in the age range for millennials. They view their life experiences creating their viewpoint, rather than when they were born.

At 40, Mutz is the oldest of the three. What’s more, he grew up with older sibling who he said shaped his outlook. Mutz finds the concept of millennials as a special, eternally young group less than useful.

“At what point are going to say these people are fully functioning adults with all the backpains and everything else everybody has to deal with?” he said.

O’Grady, 35, started in management right out of college. She was trained by an older generation and often found herself overseeing older workers, including a friend of her father’s. She learned to maintain a professional stance at all times.

Keyworth, 34, sees differences within her cohort. She didn’t have a cell phone until college and didn’t have a Facebook account until after that. Friends in their mid-20s seem to have more of a sense of entitlement, she said. Some of this might result from the differences in parental generations. Early millennials had baby boomer parents, while later millennials had Gen X parents.

There is one issue all three millennials agree on, and that’s that people spend way too much time talking about millennials.

“It is the one topic that the entire nation agrees we need training on,” Keyworth said. “No other generation needed an entire session at a conference to figure out how to handle it.”