HVAC contractors traditionally have been independent operators. The biggest might run two or three locations in their region. Now, some firms see potential in creating economics of scale and are creating operations with multiple locations, some in different states. Between these two ends lies franchising, which offers the support of a national group with the ability to still control the day-to-day operations.

The biggest two HVAC franchisors are One Hour Heating and Air Conditioning and Aire Serv Heating and Air Conditioning. One Hour is owned by Authority Brands LLC, a Columbia, Maryland–based company that owns seven home service brands. Aire Serv is owned by Neighborly Brands (formerly The Dwyer Group), a Waco, Texas-based company that owns 24 home service brands. Authority Brands provides home services through more than 1,675 locations operated by 920 franchise owners in the U.S., Canada, Latin America, Kenya, and Indonesia. Neighborly has 4,000 franchise owners all over the world, with 200 in the U.S.

Both brands see existing HVAC contractors as their main franchise buyers, along with owners of other home service providers looking to expand into another trade and veteran technicians looking to strike out on their own. Ron Williams was one of those technicians. Williams had been working in the HVAC business for a few years when he attended Nextstar training in 2002 and realized the importance of process and procedures to a successful business.

“It gives us the ability to have a lot of systems, policies, and procedures in place,” said.

Lee Downing is another veteran HVAC technician who struck out on his own thanks to a franchise. In this case, Downing was working for a large hospital in Covington, Tennessee, when contacted by Neighborly. It was perfect timing, as Downing had just seen the company featured on the TV show “Undercover Boss.” He bought the franchise in 2012 and has seen tremendous growth since then.

“Having the franchise support has definitely increased our growth,” Downing said. “We’ve doubled almost every year in revenue. What I did in five years would have taken me 10 or 15 years without the franchisor’s support.” 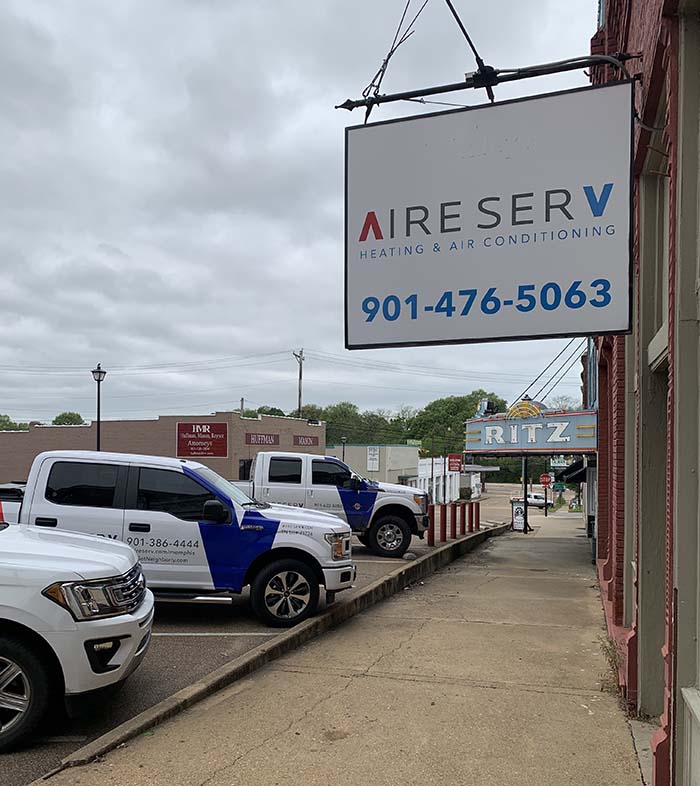 “They play off each other and allow you to grow your customer base fairly quickly,” Williams said. Being part of a franchise group provides marketing advantages. Williams said many of his Pennsylvania plumbing customers own homes on the Delaware shore. Also, the other One Hour franchise owners in the area help create brand awareness.

Another advantage of owning a franchise is the increased purchasing power that comes from economies of scale. Franchise owners receive discounts on items ranging from supplies to fleet vehicles to payroll providers.

The most important benefit of being a franchise owner, though, is knowledge. Both franchisors and other franchise owners share practices, ideas, and tools to help grow the business and increase profits. Steve Truett, president of Aire Serv, said the company offers business coaches with more than 150 years of experience between them. Downing said whenever he doesn’t know what to do, they can tell him what someone else has done.

“They provide you systems to help run your business, and it’s your decision to use them or not,” he said.

Downing’s experience is that when other franchise owners try to prove something doesn’t work, they typically wind up finding that it does work. Learning to operate within a franchise system does create challenges for some owners. While a franchise owner still runs his business like an independent, there are certain criteria for logos, colors, upkeep of vehicles, and where they buy their wraps. Williams advises those interested in acquiring a franchise to read the contracts carefully and make sure it is a good fit.

“It’s not for everybody,” he said. “They have to realize that if you want to be a franchise, you have to do your best to follow the franchise way.

“There are other franchises out there and you have a reputation that’s not just your own now and you have to protect your fellow franchisees. You want to make sure you’re doing your part to uphold the franchise.”

There are other benefits to owning a franchise. Mark Dawson, One Hour’s chief operating officer, said each franchise has a reputation as a premier company to work for in the area, with better pay, better benefits, and better technology than most competitors. The company is especially known to have better training tools than independents can offer. This makes a One Hour franchise a top choice for employees. Both franchisors provide recruiting tools to find the best qualified applicants for an opening.

One of the greatest benefits of owning a franchise is that it provides an exit strategy. Franchise owners are able to sell a buy more than just a customer list, a phone list, and maybe some physical property.

Truett said this is a major attraction for many franchise buyers.

“We tell business owners that the day you start preparing to sell your business should be the day that you open it,” he said. “By having these systems in place, by having a brand, you’re opening up the number of potential buyers.”

The requirements of the franchises, such as maintaining thorough financial records, help in the sales process. Having a franchise also helps in cases where the owner dies and the family wants to keep the business, Downing said. The systems that Aire Serv provides make it possible for the business to sustain itself.

The franchisor can also help in the lifestyle transition that comes with selling. Downing has taken courses through Neighborly on creating a life outside of work, so he is prepared for a change.

“Many people are looking to the support we offer not only to help them grow, but to help them have a better quality of life,” Truett said.

Beyond the financial qualifications, each franchisor wants a certain type of entrepreneur.

“When you transition your business to One Hour Heating & Air Conditioning, you’re ultimately joining a group of like-minded, hardworking individuals who are dedicated to your success,’ Dawson said.

“Our Code of Values is such a huge part of what we do,” he said. “We make it a priory when vetting potential franchise owners. We look for a person who shares and prioritizes the same values.”

If someone meets this criteria, there are ways to meet the financial requirements. Both franchisors help candidates obtain financing if needed. That was the case for Lee.

“They have a way to accommodate you if you have a passion,” he said.