HVAC Contractors Seek Funds in Second Round of PPP

Government funding quickly ran out in first round

The second round of the Paycheck Protection Program is underway, and again, it’s a race for small businesses to receive funding. Many small business owners ended the first round with no money and a lot of anger at their banks. The program underwent some tweaks, but many issues remain.

The PPP provides low-interest loans generated by private banks and guaranteed by the Small Business Administration (SBA). The loans are meant to cover costs incurred due to coronavirus shutdowns while keeping employees on the payroll. The loans carry very low interest rates, and the principal is forgiven if the business owner maintains a certain level of staffing and wages. (For more information, see here.)

The good news for the HVAC industry is that contractors in general received the most funds of any business category, according to Paul Merski, group executive vice president of Congressional relations and strategy for the Independent Community Bankers of America. As essential service providers, they were in the best position to take advantage of the program, he said. Many are in a position to meet the forgiveness qualifications, said Ryan Redding, CEO of DP Marketing Services, a full-service digital marketing agency for HVAC contractors. Redding said some of his clients are seeing more revenue in April than usual, despite market uncertainty. 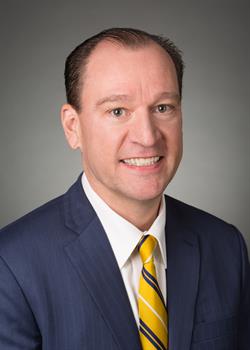 SMALL BENEFITS: Paul Merski of the Independent Community Bankers of America said small banks, such as those that belong to his association, punched above their weight.

Redding said the speed of the program impressed him. The federal government moved much faster than it usually does under normal circumstances. He said the SBA processed about 14 years’ worth of loans in 14 days.

“It’s remarkable the government was able to move at that pace,” Redding said.

That speed came at a cost and created a lot of confusion. Bankers were given the application the day before the program went live. Many small businesses lack a string system of financial record keeping, so they scrambled to get the necessary paperwork together. The applications then went from the owner to the bank to the SBA before the approval returned by the same route.

Then there was the issue of funding the loans. The SBA guarantees the money, but the banks have to come up with cash. Many liquidated other assets to accomplish that, including calling in commercial lines of credit. This meant some small business owners wound up with neither PPP funds nor a line of credit.

“All around, it was a frustrating process,” Redding said. 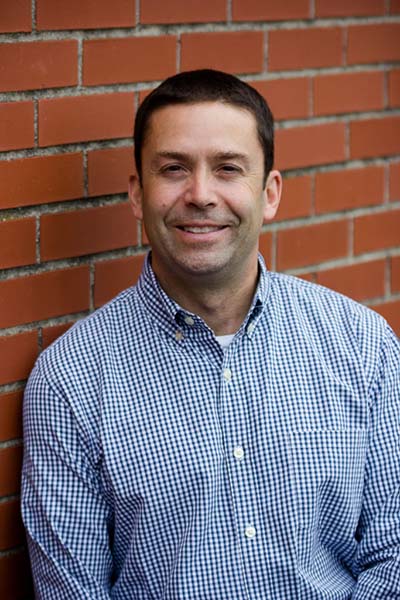 FUNDED: Kurt Hudson of LC Anderson secured funding for his commercial HVAC firm. Others are waiting to see what the second round brings.

Kurt Hudson, principal of LC Anderson in Brighton, Massachusetts, managed to receive funding in the first round. The firm brought people who were furloughed back onto the payroll. Employers seeking to reach the employment levels necessary for forgiveness run into a challenge — higher unemployment payments make some workers hesitant to return. Health concerns drive some of this reluctance. Hudson said his firm works to ensure the safety of its employees.

“We have a daily protocol on taking your temperature and sending it to your supervisor,” Hudson said. “We have a good supply of masks, gloves, disinfectant wipes, caution tape, and cones to cordon off an area — and hand sanitizer.”

The lack of activity presents another issue. Many employees lack enough work for even the portion of employees needed for forgiveness. LC Anderson now has a total of 18 technicians working, out of about 35. Hudson said the firm continues working on projects for essential businesses, such as pharmaceutical producers, but many other companies remain closed.

Many small business owners found small banks the easiest to work with during the process. As a result, the second round dedicates money to smaller banks, along with credit unions. Merski said his association’s members, who are all small banks, performed very well.

“The community banks have really stepped up and punched above their weight in processing these applications,” Merski said.

He said some banks will gain customers as a result of this process and some will lose them. The good news is those banks that did secure a lot of PPP loans for their customers can now pledge them to the Federal Reserve to obtain more liquidity, meaning more money could become available through other channels, Merski said.

Hudson used a local bank, Cambridge Savings Bank, that the firm has had a long-standing relationship with and that was a preferred SBA lender.

“I’m hearing that was the best approach,” he said. “I know friends that didn’t get funded going through the big banks.”

Banks favored existing customers, and among those, they favored the ones with large credit lines, Redding said. For many large banks, this meant clients eligible for these loans through loopholes in the original legislation. Many small business owners expressed frustration that large amounts of PPP went to entities such as publicly traded chain restaurants. Some of those businesses returned money to the federal government, but this still kept it from smaller businesses during the first round.

Contractors who received the money are glad for what they got, but still have worries.

“They’re happy they received two and a half months of payroll, but what if they need more?” Redding said.

It remains unclear if PPP funding excludes recipients from other federal programs. One area that is clear is those who received funds need to deploy them according to the rules of the program and keep good records in order to receive the full benefits.

For those that missed out on PPP funding in the first round, they now wait to see how they fare the second time around. Some HVAC contractors are looking at other sources, Redding said, but there aren’t many alternatives. Nobody really has funds to spare right now.

The PPP was supposed to last until June or when the money ran out, whichever came first. It turned out the money ran out right away. Now HVAC contractors who weren’t funded in the first round have to try again and hope for the best.