This website requires certain cookies to work and uses other cookies to help you have the best experience. By visiting this website, certain cookies have already been set, which you may delete and block. By closing this message or continuing to use our site, you agree to the use of cookies. Visit our updated privacy and cookie policy to learn more.
Home » Contractor Sees Returns in Educating Customers, Staff
Business ManagementHVAC Residential MarketTraining and Education for Contractors

For this Philadelphia contractor, willingness to learn tops experience

Many contractors say they believe in training their employees and educating their customers. Joseph Giannone, owner of Joseph Giannone Plumbing, Heating and Air Conditioning in Philadelphia, proves that he means it.

Giannone employs close to two dozen employees, with about two-thirds of them being technicians, plumbers, and installers. Investing in his employees, especially when it comes to training, is a priority for him, as is educating his customers.

“I wouldn’t be successful today if I didn’t train technicians,” Giannone said. “I take ideas and I add to them. I’m extremely inquisitive, and I look at ways we can improve things.”

The Giannone name has been in the contracting business in Philadelphia since 1926. Joseph Giannone is the fourth generation to work in this field. He started going out on calls with his father while still in high school, then started his own business two years after graduating from tech school in 2006. He did all kinds of work during this period — including new construction, house rehabs, and commercial work — and the business grew even during the downturn. Four years ago, he decided to focus solely on residential repair and replacement.

“You can train technicians to maintain, repair, and replace systems easier than doing custom work,” Giannone said. “There are companies out there that are meant for that, but I can train new people a lot easier by specializing. When you are doing too many things, you get too confused. Dealing with homeowners is a challenge in itself, and that’s where we focus.” 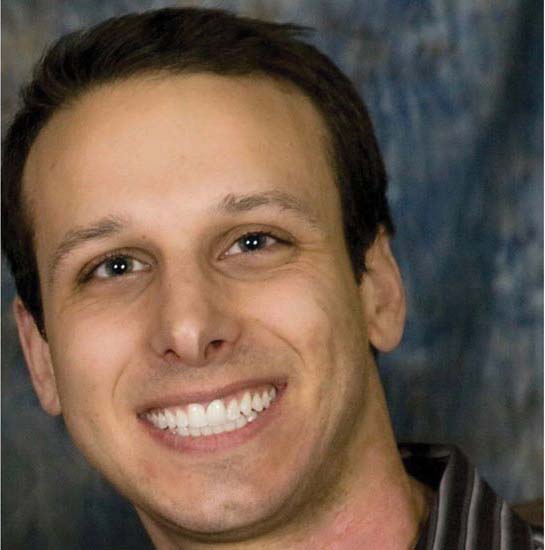 Giannone takes material he’s learned through various sources, types it up, puts it on a PDF, and stores it on the cloud so his staff has access to it through their tablets. He conducts live training twice a week, broken up into two groups. Giannone also subscribes to a video training system. His techs go online, complete the training, and then answer five or six questions.

Other employees also receive job-specific training. Adam Smith is a customer service rep who recently went out of town for a training seminar.

“If (Giannone) thinks there’s an opportunity for you to learn something, he’ll present it to you,” Smith said.

Smith worked for other contractors in the past, and he finds Giannone very open and always receptive to questions.

“If he doesn’t know the answer, he is going to do everything he can to get you the answer,” Smith said.

Giannone said the emphasis on training helps in two ways. First, it broadens the scope of his candidate pool. Many contractors find hiring qualified workers challenging.

“People are looking for techs who are ready to go,” Giannone said. “That’s problem No. 1.”

Giannone, on the other hand, doesn’t expect to find anybody who is experienced.

“I try to find somebody that can hand you a tool and know what it is,” he said. “Or be able to learn what the tool is and work with the tool. I’m looking for people who are mechanically inclined. I’m more concerned if the person, as a child, put together Legos or maybe an erector set.”

As part of interviews, Giannone has candidates perform a skills self-assessment consisting of 215 items in HVAC. Job candidates grade themselves A through F. One benefit of this approach is that new technicians want an employer who will teach them, Giannone said. Brendan Sharp, a technician who has been with the company for almost four years, is a prime example of the opportunities Giannone offers. He joined the firm after nine months with another contractor.

“He’s taken me from an install helper to a lead service technician,” Sharp said.

Giannone recruits from technical schools. He prefers contacting the schools a month prior to graduation.

“The up-and-coming generation is more used to doing things last minute, so I catch them right before they graduate,” he said. “I’ve had great success hiring people within the last week or two of school.”

Many contractors worry that if they invest in training an employee, they lose that investment if the employee leaves. Giannone retains his staff by offering a competitive benefit package that includes a 401K and perks such as a paid day off for their birthdays. He also offers a full uniform package for his staff that includes shirt, pants, belts, jackets, eye protection, ear protection, and boots. One of the most appreciated benefits is a tool co-op and tool replacement program, as well as tool financing. He supplies tools that make the firm money and prevent callbacks, such as a refrigerant leak detector.

Giannone’s commitment to education extends to his customers. Recently, he hosted a lunch-and-learn event for his staff and customers that featured free pizza and a demonstration truck from Samsung. The truck comes with its own generator to demonstrate several Samsung products, including mini-splits, an air handler, and wall-mounted units. Giannone sees a lot of potential for the truck to draw customers, since many of the homes in his area are older and built before central air conditioning became common. 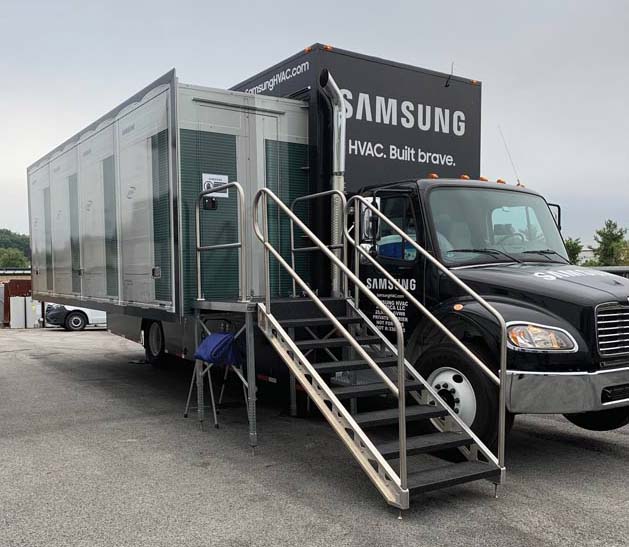 THE TRUCK: Giannone recently hosted an event featuring a special truck created by Samsung to educate consumers about the company’s HVAC offerings.

The truck also provided Giannone the opportunity to provide his staff with some training on these latest offerings, as they performed a complete teardown earlier that day. Sharp called it one of the best training sessions he’s ever been involved with. He said Giannone tries to keep up with the latest products for his customers and educates his technicians and other staff about them.

As the owner of a small company in a highly saturated market, Giannone views this as a way to compete for business. He sends plenty of emails and finds texts to be extremely effective, as well as relying on traditional channels such as direct mail — like a letter explaining what to do if a customer sees water or smells gas.

Giannone also created a pamphlet called “Understanding the Most Common Problems and Failures of a Heating and Air Conditioning System.” The customer receives this pamphlet as soon as one of his techs walks in on a maintenance call. It talks about the filter, clogged condensate lines, dirty blowers, dirty motors, etc. and warns consumers not to block vents, how to set thermostats properly, and why to replace the batteries in thermostats and hose down outside condensers.

“We want them to be aware of what can happen to their system and why, and what we may or may not be able to do about it,” he said. “I like to save customers money, but I like to make money as well. I think they go hand-in-hand.”