This website requires certain cookies to work and uses other cookies to help you have the best experience. By visiting this website, certain cookies have already been set, which you may delete and block. By closing this message or continuing to use our site, you agree to the use of cookies. Visit our updated privacy and cookie policy to learn more.
Home » Great Things Imagined at This Year’s MCAA Annual Convention
HVAC Residential MarketHVAC Light Commercial MarketHVAC Commercial Market

PHOENIX — The weather was perfect for the Mechanical Contractors Association of America’s (MCAA’s) 2019 annual convention, which not only offered numerous educational and networking opportunities, but plenty of time to socialize, golf, or just soak up the sun. The general opening session featured “the best president’s video ever” from current MCAA president Michael Brandt, as well as an uplifting presentation from NBA legend Magic Johnson.

Brandt captured the “Imagine” theme of the conference in his address. 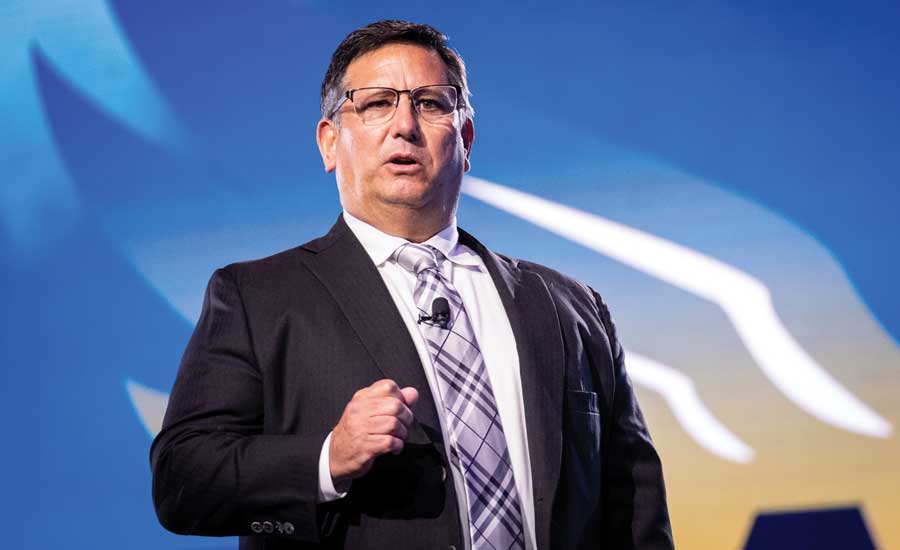 “For 130 years, the members of this association have come together annually and imagined what it would take to make the mechanical industry better … we have imagined what we could do to make our corner of the world a better place,” he said. “Then we have turned around and worked to turn that vision into a reality.”

He added that the 2019 Phoenix gathering was the largest MCAA convention ever and provided a great opportunity to “celebrate our accomplishments this past year and to renew our commitment to each other and to our industry.”

During the convention, the MCAA’s Women in the Mechanical Industry (WiMI) sponsored guest speaker Katty Kay, anchor of BBC World News America and co-author of the books “The Confidence Code” and “The Confidence Code for Girls.” Kay told the packed room that a lack of confidence is holding women back in their careers. 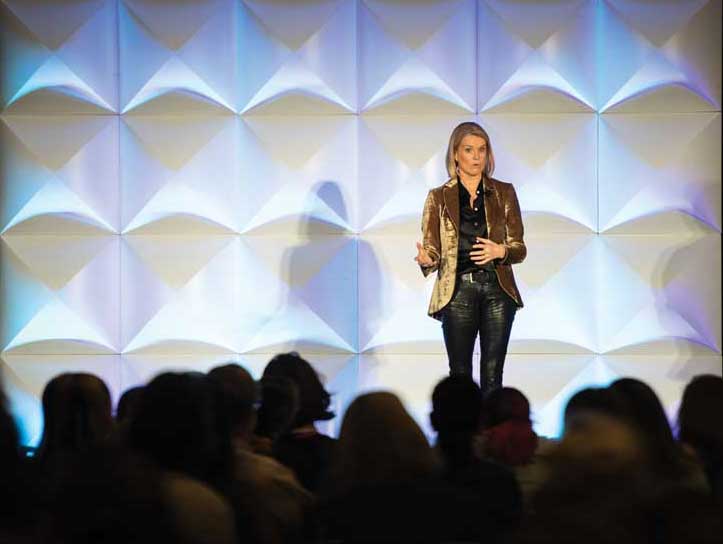 NO CONFIDENCE: BBC anchor Katty Kay said that a lack of confidence is holding women back in their careers.

“For years, we’ve been interviewing women in senior positions, and I’ve always asked these women how they got there,” said Kay. “And the answer is usually some form of, ‘I was lucky,’ or ‘I was at the right place at the right time.’ The idea that they’re talented or hard-working is preposterous. Women do this a lot. When something goes right, it’s because of something outside of ourselves, and when something goes wrong, it’s because of us.”

“We want to be perfect,” said Kay. “Women are 25 percent more prone to perfectionism than men. We want to be perfect mothers, wives, employees, cooks, etc., but if you want to be perfect, you are setting yourself an impossible standard. You are never going to get there. The psychological damage you will do to yourself if you fail is that much greater, and that is what is going to stop you from going for that promotion or taking on that new business opportunity.”

That need for perfection starts at an early age. Kay noted that girls lose one-third of their confidence between the ages of 8 and 14, and they never get it back. That needs to change, she said, because if we’re going to have a generation of confident women, we need to raise a generation of confident girls who do not fear failure. How do we do this? Kay has three key suggestions.

Her second suggestion is to act more and think less. This usually involves taking more risks, which can help build confidence. Her third suggestion is to be authentic, because women often try to fit in by pretending to be “one of the guys.” Instead, they should focus on bringing their own special skills to the table and presenting the best version of themselves. Once women master these skills, they should pass it along to the next generation.

“We will only raise confident women if we start with our girls,” she said.

At another session at the convention, Brian Beaulieu, CEO of ITR Economics in Manchester, New Hampshire, offered his forecast for the U.S. economy. 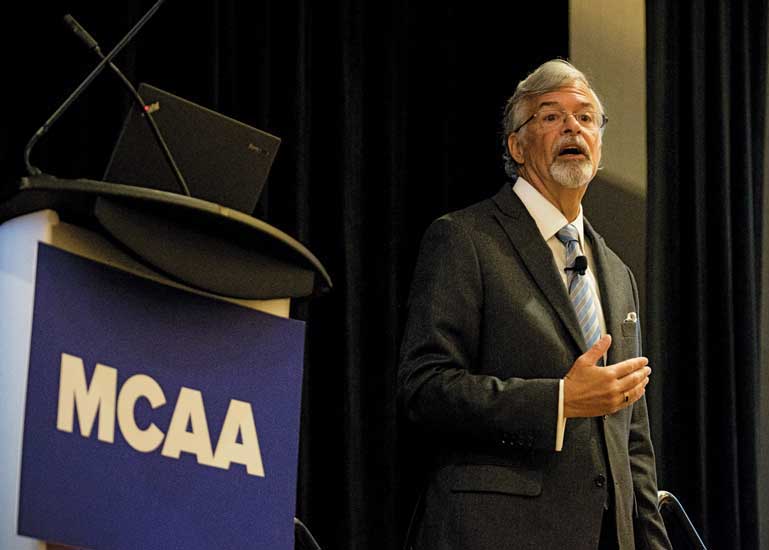 SHORT SLOW DOWN: Economist Brian Beaulieu said that the economy will slow down in 2019 but that the 2020s should be pretty good for contractors.

As far as the labor market is concerned, there are 6.6 million job openings in the U.S., which means workers have their choice of jobs, so contractors need to become better at not only recruiting but retaining their people.

“This labor shortage is not going away,” said Beaulieu. “It’s going to be with us for the next 10 years. This will be the bane of your existence and the weak link in your profitability. If you’re in the residential construction market, in particular, find a way to hold onto your people, even if it means finding cost savings elsewhere.”

Looking at the long term, Beaulieu predicts that a great depression will occur between 2030 and 2040, due to these five issues:

He predicts that the recession will end around 2035 or 2036 and that the economy should then start to recover.

While a decline of this magnitude is worrying, it is important to remember that the U.S. has been the single largest economy in the world for the last 85 years and will remain in that position for at least another 100 years, he said.

“No one is going to take that from us because they don’t have the three things you need to really grow and stay on top,” said Beaulieu. “Those three things are demographics (population is growing), natural resources (natural gas, coal, etc.), and rule of law (personal property rights, intellectual property rights, and bankruptcy laws). The U.S. alone has all three of these things, so stop reading the articles that equate the U.S. to the fall of the Roman Empire. That’s not us.”

COMING TO A CLOSE

At the end of the convention, Brandt passed the gavel to Brian Helm, president of Mechanical Inc., Freeport, Illinois, who became the new president of MCAA.

The convention then came to a close with a rousing concert from the appropriately named rock band, Imagine Dragons.

MCAA’s next annual convention will take place March 15-20, 2020, in Wailea, Hawaii, located on the island of Maui.