In many ways, hydronic heating system installations remind me of the fascination I had as a youngster with an Erector Set™. For Christmas one year, mine came with an electric motor that enabled powered cars, airplanes, Ferris wheels, and other gadgets.

Days, weeks, and months of childhood imagination ensued. What great memories these are for me!

Now, as a grown child (my wife still has her doubts), installing hydronic heating systems offers me similar fulfillment.

Within the limits of ultimate system functionality, hydronic/mechanical artists can “paint their own canvas” — free to explore greater functionality, performance, and energy efficiency — all the while having the time of our lives (mechanically speaking).

Sure, it helps to get paid for the work we do, but the best satisfaction comes from providing customers with rock-solid systems.

I’ve spent more than 60 years troubleshooting hydronic heating systems, and I must say that my greatest concern and sense of astonishment comes from the lack of sensibility that is evident in system construction. Some of the installations I’ve seen defy reason.

Some installers (if we can call them that) are losing direction, both technically and functionally. The adage “you can’t teach an old dog new tricks” comes immediately to mind.

It’s not only our innate trade resistance to change, but a lack of forward-thinking in applying what came before we did — beginning with Physics 101.

BACK TO THE BASICS

Gravity convection was the means of distributing heating water from the Roman Age onward. From the mid-1800s to about 1920, it was “queen” gravity hot water along with “king” steam.

The introduction of electric circulating pumps changed hydronic heating forever. Gravity’s still in play, but we control it with flow check valves and fixed-speed (set-point) circulation. Circulators began by being placed on the (cooler) returns with flow checks on the (warmer) supplies to control convection. Then circulators moved to the supplies, along with the valves.

But when you think about it, the industry has greatly improved the function and efficiency of boilers — complete with a plethora of sleek and stylish options for radiation — yet the default recipe for transporting them is 100 years old. 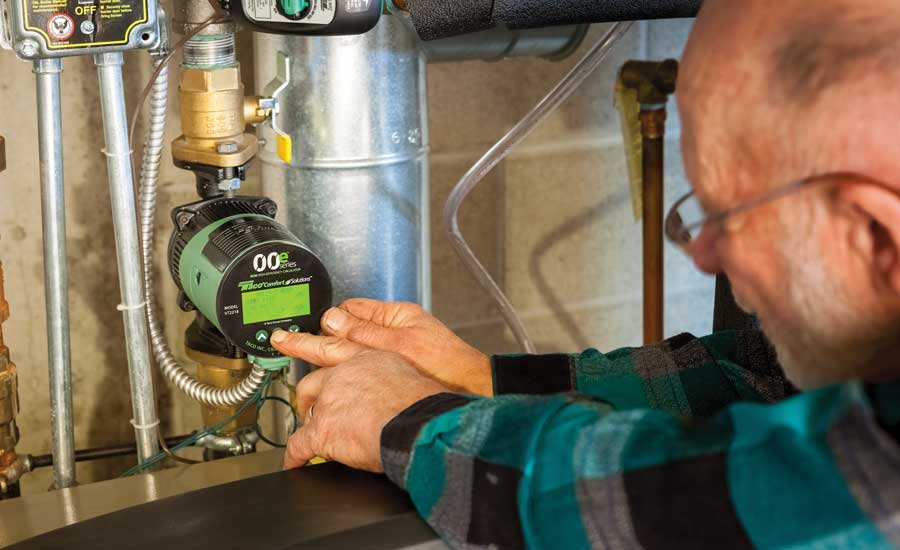 They aren’t just a “smart circulator swap” for enhanced performance and efficiency. They’ve entered a new realm: one that now offers a fully integrated hydronic system with boilers coupled by design to domestic hot water and heat distribution.

I’ve grown especially fond of the Taco VT2218. Its “smart” capabilities are many; however, we are focused only on the delta T mode within its fat menu.

We’ve been experimenting for some years now with a wide range of pumps and circulators. During this process, we integrated differential temperature management with natural hydronic convection (gravity) for an optimized design with excellent results.

As we’ve worked long and hard to create a “system” that’s actually patentable, here’s what I’ve learned about forced hot water systems. The “appliance” approach we’ve taken offers foolproof, turn-key solutions to customers. Simply stated, it’s like putting an automatic transmission on a boiler and packaging it together.

Falling back on and employing the principles of “non-powered” gravity heating, we focused our efforts to optimize a contemporary delta T, ECM forced hot water system. 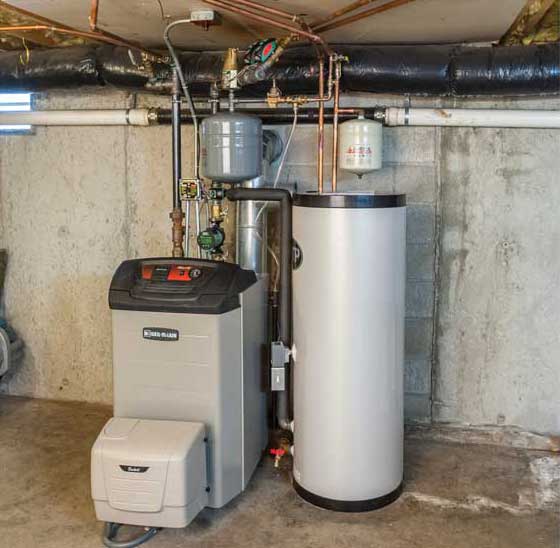 Using iron-piping “stacks” for supply and return and compacting near-boiler piping with distribution valves, we minimize head Btu loss while maximizing the effect of gravity convection. It’s important to point out that priority-piping the boiler to an indirect water heater provides fail-safe domestic hot water prioritization without complexity.

This is the recipe we’ve brought to near-perfection after many trials and by steady improvements to piping, components, and circulation to optimize overall system performance.

The appliance’s footprint isn’t much larger than the boiler, the indirect, plus about a foot of exhausting and pipe space to the rear. Modular construction is a natural for hydronic elements as well as system wiring and controls — allowing some variation, if need be, based on site-specific needs.

Taco promotes energy reductions of up to 85 percent and 15 percent for electricity and fuel, respectively, when using the delta T, ECM circulators as the source for system circulation. Through many carefully monitored installations, we’ve come to agree. 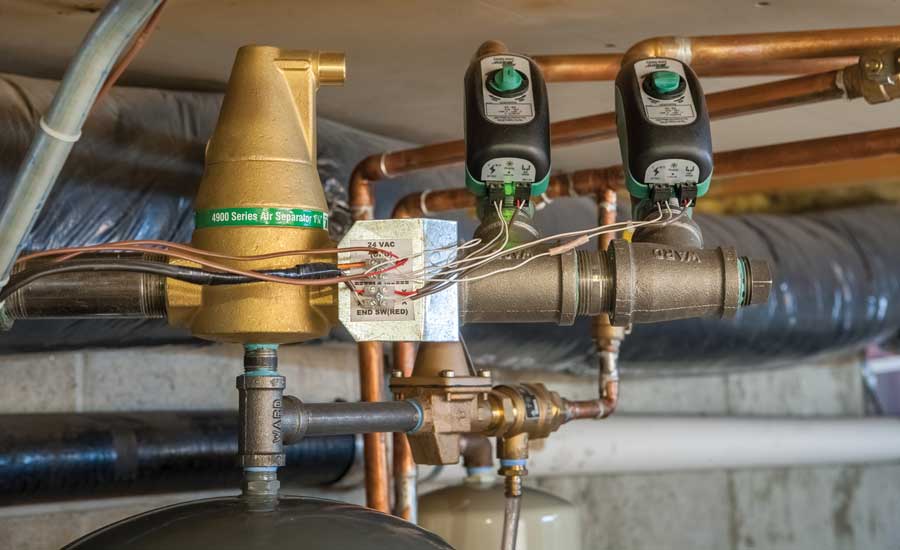 Monitoring events on our multiple beta sites have confirmed Taco’s efficiency claims and have enabled us to greatly improve our design parameters.

An early surprise was the accidental deactivation of a delta T circulator; we hadn’t noticed it for a few days, as we were away from the installation.

Only with gradual reduction in the home’s temperature — also “camouflaged” by an integral indirect water heater (IWH) for the home’s DHW service that was never affected — we learned that, without a doubt, gravity still works. With gravity, heat migrated out into spaces. Of course, when circulation was reactivated, comfort was quickly restored.

So, rather than sending trade professionals out to install a truckload of disparate parts ’n pieces — because this is what happens every day of the year, nationwide — I’ve developed a recipe that puts everything together as a heating appliance.

I think this shift is vitally important because, sadly, there are too many “installers” who shouldn’t be allowed to touch heating equipment. Many licensed professionals will agree.

This solves the age-old problem for homeowners who have great expectations of fly-by-night operators who convince them that they’ll quickly assemble a masterpiece of modern heating — then only to provide a “system” of dubious quality and a comfort level that’s not meeting expectations.

It’s also valuable for our customers to know that the uniqueness of our offering — the appliance, that is — is in the way we’ve conceptualized, designed, and assembled it entirely with stock components common in the industry today: with high-mass Weil McLain boilers, Taco ECM circs, Taco zone valves, and black iron pipe that is smartly installed with no special controls or sensors.

Our appliance package requires only one-half to one-third the space and far less installation piping. It’s interchangeably fired by oil, natural gas, or propane, increasing its flexibility, too.

Today, I’m a happily self-proclaimed “old dog” who’s not only learned a few new tricks lately, but I’m eager to pass ’em on.

After all, our new generation of trade pros has got to learn new tricks from someone, right? Paul Mercier Sr. is a career manufacturing process and equipment development engineer who specializes in solid state electronics and instrumentation. He participated in a small family plumbing, heating, and electrical business for more than 60 years.