How to Prevent the Compressor From Overheating 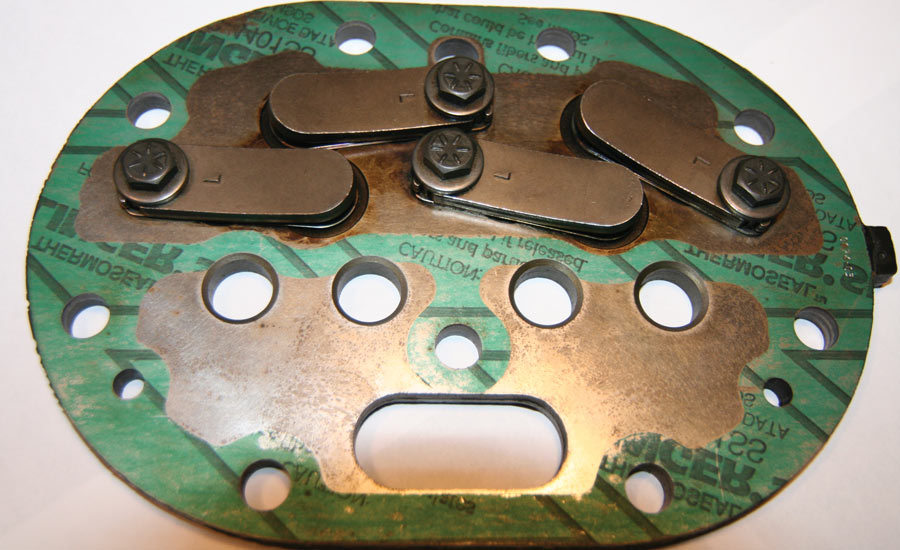 FIGURE 1: The hottest temperature point in a refrigeration or air conditioning system is on the back of the compressor’s discharge valve.

(225° - 100° = 125°) before it reaches the condensing temperature of 100° and starts to phase change from vapor to liquid. This process is called desuperheating because it is sensibly cooling or desuperheating the hot refrigerant gas as it travels from the compressor outlet to the condenser, where the beginning of the phase change happens. 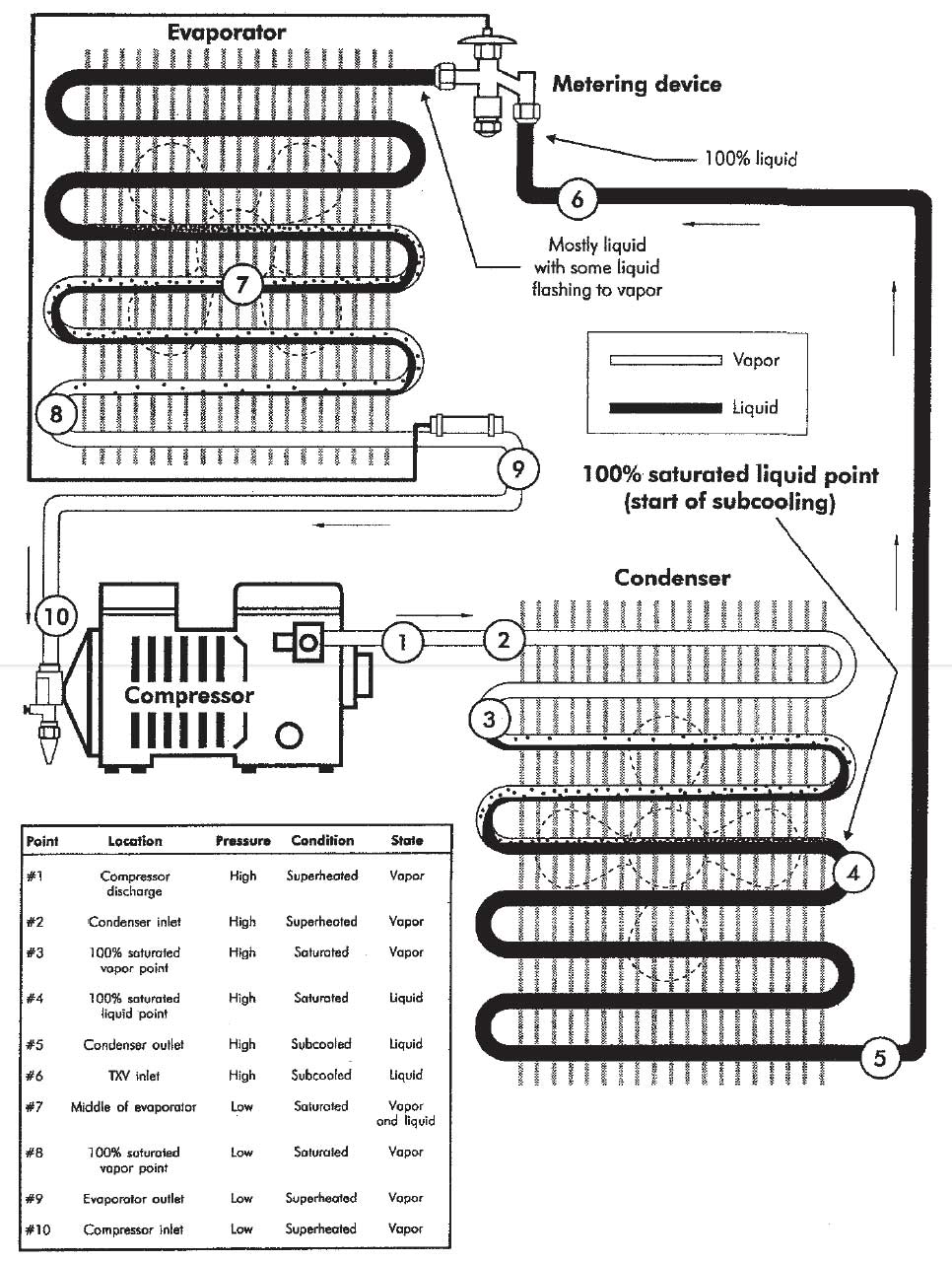 Click figure to enlarge
FIGURE 2: Pressures, conditions, and states of refrigerant in a refrigeration system. PHOTO COURTESY OF ESCO PRESS

The compressor discharge temperatures reflect all of the latent heat absorbed in the evaporator, the evaporator superheat, the suction line superheat, the heat of compression, and mechanical and fluid friction heat along with heat that the compressor motor generates. All these heat sources can be divided into heat absorbed and heat generated as follows.

Some of the main reasons for high compressor discharge temperatures are listed below.

3. High compression ratios may occur because more heat of compression will be generated when compressing the gases through a greater pressure range. Reasons for this can include:

4. High compressor superheats, which can be caused from the evaporator being starved of refrigerant. Reasons for this can include:

Superheat is measured as the difference between the actual temperature of refrigerant vapor at a certain point and the saturation temperature of the refrigerant. Total superheat is all the superheat in the low side of the refrigeration system. It starts at the 100 percent saturated vapor point in the evaporator (Point 8) and ends at the compressor inlet (Point 10). It is sometimes referred to as compressor superheat. Total superheat consists of evaporator superheat plus suction line superheat. A technician can measure total superheat by placing a thermistor or thermocouple at the compressors inlet and taking the temperature. A pressure reading will also be needed at this same location.

In this example, the total superheat is calculated to be 28°. It is possible to have a TXV that is adjusted to control superheat at the coil (evaporator superheat) and still return liquid refrigerant to the compressor at certain low-load conditions. If so, the conditions causing the floodback should be found and corrected. It is recommended that all TXV-controlled refrigeration systems have some compressor superheat to ensure that the compressor will not see liquid refrigerant (flood or slug) at low evaporator loads. The TXV, however, should be set to maintain proper superheat for the evaporator, not for compressor.

On the other hand, excess suction gas superheat and/or long periods of low mass flow rate (e.g., an unloaded compressor or variable capacity compressor at lower capacities) can result in insufficient cooling of the rotor, motor, and stator and open the internal protectors. Always consult the compressor manufacturer for the maximum return gas temperature the compressor can handle to prevent compressor overheating.

FIGURE 2: Pressures, conditions, and states of refrigerant in a refrigeration system. PHOTO COURTESY OF ESCO PRESS