He really is, and a “very good thing, too,” to invoke a quote that I’ve always enjoyed. For me, certainly, and hopefully for you also.

As many of you reading this magazine know, I was the editor of HARDI’s official magazine (under a different name) from 2005 until 2011. I feel honored to have the opportunity, once again, to return as the editor of this magazine. I always felt comfortable within the HARDI organization and witnessed its transformation into a dynamic industry force, suited for the broader challenges it now faces.

This is the part in an editorial from an editor, who is writing his first column, where I’m supposed to give you a peek into a grand design about what I’m going to do next. I shall eschew that approach and rather demonstrate a few changes from doing it. I’m more interested in showing rather than telling. (A quick writing lesson that we all should remember about telling and showing: “A tall man walked into the room.” That’s telling. “The man ducked through the doorway as he entered the room.” That’s showing.)

The other tradition that I’m essentially breaking is the usual plea where I express how much I value your opinions, comments and, indeed, any input you care to send along. I do value all of these. Truly. And if you reach out to me, I WILL pay attention. 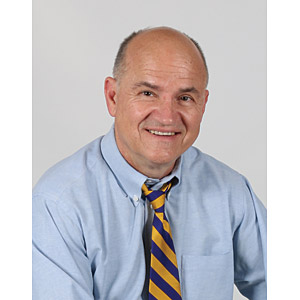 However, I’ve been expounding on that feedback request for several decades as an editor, even before I entered the HVACR industry in 1998. Virtually no one bothers, not even in the Internet Age. It’s very simple: Everyone’s too busy or forgets that we can actually help sometimes.  If you believe that my staff or I is missing an editorial idea or coverage on a certain topic, let me know. I’ll get on it. Pronto.

There are two elements, however, that will suggest the direction upon which I wish to embark.

The first is somewhat obvious. We are a business magazine and the official magazine of HARDI. I’m really committed to offering stories that are relevant, interesting and sometimes, I hope, tinged with a burst of surprise that you might not see in a trade magazine. Whenever I decide on a story, the two questions I always ask are: 1) Why does it matter for my HARDI readers? 2) Why does it matter now?

While I believe, without being immodest, that I’ve always had a decent news sense (I was a reporter in Washington, D.C., and a business editor on a daily newspaper) there is something more. I have a modicum of business sense, too. Not because I write about business but because I am one. I’ve been the owner of Galileo Communications Inc. since 1996. I know the pains and joys of the “deal,” the ups when you land a new contract and the dismay when an employee or consultant lets you down.

As a business owner, my favorite (usually) task was checking the “accounts receivables” file in my  Quickbooks every morning. In the early days, it wasn’t always fun. Now it’s reassuring and, I confess, I only do it weekly.

The small lesson I’m trying to convey is that you do the same thing. If you’re a small wholesaler, you might do it yourself. If you’re a large wholesaler (or manufacturer), someone does it for you. But you always have a sense (or know precisely, as do I) what other people owe you. I would suggest the only difference between us is the number. But the emotions attached to that figure remain the same. There is, of course, far more to business than just the accounts receivables, but I suspect you’ll understand the allusion.

I have never worked with Kyle Gargaro, my new editor-in-chief, but my first impression is that we will work well together. He’s a sharp, experienced journalist who will help my transition to the BNP Media way. I look forward to it.

As editor of Distribution Center magazine, I return to my previous boss Michael Murphy, this magazine’s publisher (I wrote “old boss” in the first draft but deleted it in case he reads this). Our relationship was exceedingly smooth in the past at another publication, and I expect to continue it into the future.

Lastly, I anticipate working with HARDI’s Executive Vice President and COO Talbot Gee again. Talbot is a demanding fellow, with a strategic vision about almost everything.  Talbot expects people around him to row hard. But I like that. I didn’t come aboard to be asleep at the helm of a rowboat. I find the idea of being part of a crew team on a fast boat far more appealing.