This website requires certain cookies to work and uses other cookies to help you have the best experience. By visiting this website, certain cookies have already been set, which you may delete and block. By closing this message or continuing to use our site, you agree to the use of cookies. Visit our updated privacy and cookie policy to learn more.
Home » Johnson Controls Expands Its Footprint in the York County Area
HVAC Commercial MarketRefrigerationChillers & Towers

Johnson Controls Expands Its Footprint in the York County Area

A total of 328,963 cinder blocks, 22,000 cubic yards of concrete, 5,000 tons of steel, 25 miles of total piping, 3,000 lineal feet of refrigeration pipe, 7 acres of roofing, and one orange ribbon were accounted for and strategically placed in order to prepare for the grand opening celebration of the Johnson Controls Advanced Development & Engineering Center (JADEC) in York County, Pennsylvania.

The complex includes a 250,000-square-foot testing lab and support facility and a 107,000-square-foot engineering office building. The testing facility features air-cooled and water-cooled, acoustic, power electronics, compressor, air handling units, and various other labs to spur innovation. The facility also houses a training center for VRF, chiller, and other products and technologies. 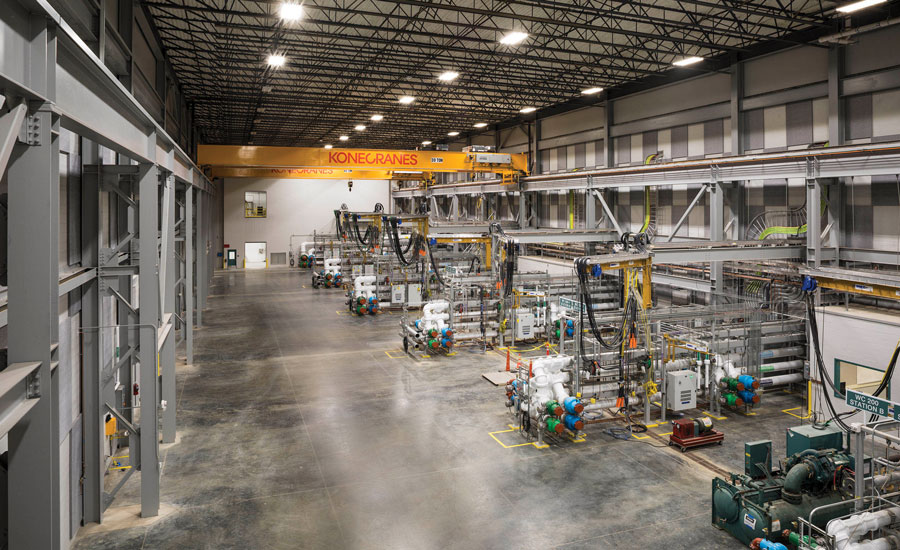 “We needed a world class test facility,” said Bill Jackson, president, global products, Johnson Controls Inc. “We had a large facility up in York, but it wasn’t as great as it should have been, and it was getting dated.”

The inspiration to expand came from the desire to be the most efficient, he said.

And, according to Laura Wand, vice president and general manager, global chiller products, building technologies and solutions, Johnson Controls, it’s just the nature of the marketplace that’s driving the company to develop products that are suitable for a much wider range of applications than ever before.

“Chillers used to be in office buildings, hospitals, and college campuses — in a relatively defined operating envelope,” she said. “Now you’re seeing them in data centers — a massive market — advanced manufacturing … you’re seeing them move into markets that have really restricted water supplies, so now we’re moving to big air-cooled machines or machines that can handle different types of coolant.”

Wand added that Johnson Controls used to be thought of as “the centrifugal chiller guys,” but now, the company is a major player across the whole spectrum.

“From the mid-size product, the smaller chillers and mini chillers to absorption chillers, the breadth of our portfolio has expanded greatly,” she said.

There’s a lot of development that goes into a chiller, according to Jackson. 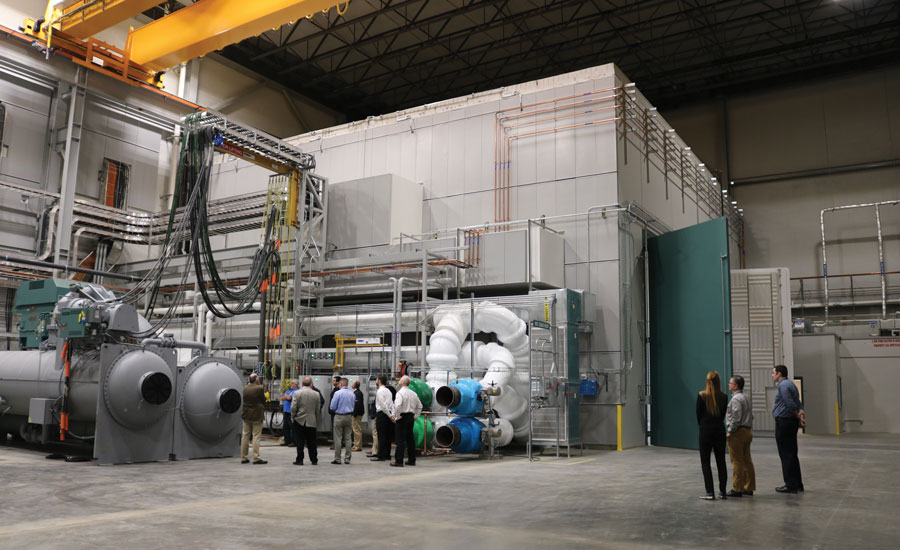 FOLLOW THE LEADER: Attendees of the grand opening event were given guided tours of the facility to see the innovation taking place firsthand.

“And there’s not just ‘a’ chiller: There’s multiple types of chillers,” he said. “There’s centrifugal, there’s scroll, there’s screw — a wide variety. There’s 5-ton all the way up to 6000-ton types.”

One of the main benefits of the new facility is that it allows Johnson Controls to bring more innovation to the market at a faster pace.

“We can go after those more specific purposed sectors, if you will,” said Wand.

There are four air-cooled chiller labs that enable testing in conditions ranging from minus 20° to 131°F, for chiller capacity of 10 to 600 tons. The nine water-cooled labs have a chiller capacity test range between 7 to 3,200 tons of refrigeration and a capacity turndown ratio of 30:1. All chiller labs are fully automated and controlled, run 60Hz and 50Hz frequencies, and have voltage capabilities between 208V and 575V. A total of four hemi-anechoic sound rooms are available for measuring, analyzing, and fine-tuning acoustic performance.

“We sell these chillers across the globe — all the way through Europe, the Middle East, China, Southeast Asia,” said Jackson. “The new YZ chiller has virtually no global warming potential [a GWP of less than 10], and it’s much more efficient. And one of the key drivers of being a sustainable business is efficiency.”

But efficiency is not just a driving force in terms of what the engineers will be developing inside the JADEC building — the structure itself was built with sustainability in mind. Jacobs, a global company that served as the project architect, is seeking LEED Silver certification from the U.S. Green Building Council for the York County complex. The facility, which spans an area equal to 6 acres, was built with recycled, locally sourced materials. It also employs a closed-loop water system that reduces discharge by up to 12 million gallons per year; an oil reclamation system; and a refrigerant delivery, recovery, and reclamation system. 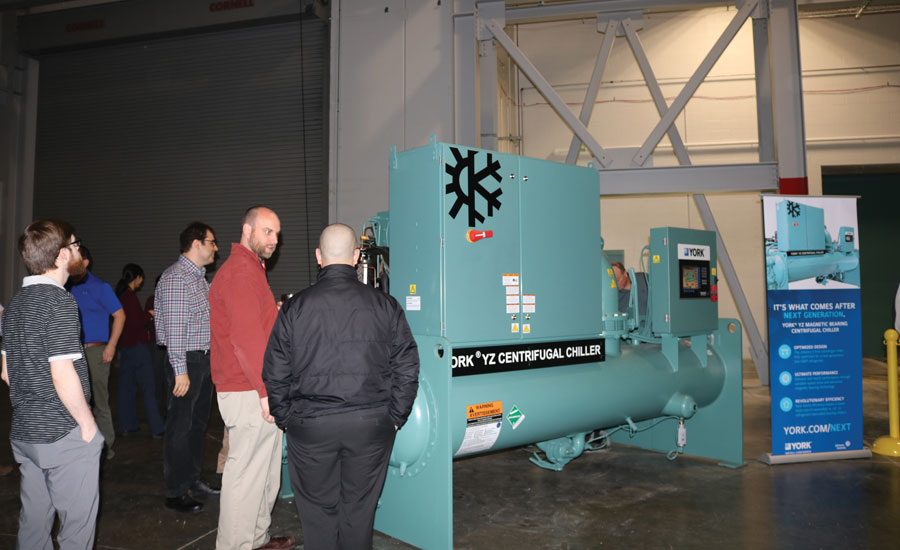 “This is a one-of-a-kind facility,” said John Buescher, president, Central Region, McCarthy Building Cos., one of the companies that partnered with Johnson Controls on the project. “McCarthy and our partners do a lot of complicated projects. But this one … on a scale of one to 10, it’s a 10 out of 10 in terms of complexity.”

Despite the size and scope of the facility, Ryan Molen, project director, McCarthy, said the biggest challenge to overcome was, not surprisingly, recruiting.

“The project’s in a fairly remote area, and as big as it was, requiring that amount of manpower — to attract that workforce was challenging,” said Buescher.

The partners on the project — McCarthy, PJ Dick of Pittsburgh, and Stewart & Tate Construction of York, Pennsylvania — held outreach meetings and information sessions to attract the right workforce. In the end, 75 percent of the construction work was completed by Pennsylvania firms.

“Key to this was all the individuals who already have the know-how, knowledge, and thoughtfulness around chillers,” Jackson said. “It was natural to build it here.”

“We have fully invested, like we’re the leaders in the industry,” said Wand. “This is our North American design center and advanced development center, and it’s mirrored by one the same size in Wuxi, China.