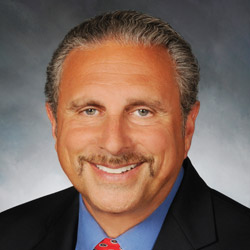 Service Experts Heating & Air Conditioning, a national residential contractor with more than 100 locations in the U.S. and Canada, is under new ownership, and is looking to be bigger and better than ever. The company, which was divested by Lennox Intl. Inc. on March 22, was acquired by American Capital Ltd., a private equity firm and global asset manager.

The firm subsequently named Scott J. Boxer (pictured here) as president and CEO. Boxer formerly served in that same role with Service Experts from 2003 until retiring in 2010. He’s looking to bring the company back to the prominence it once had under his leadership.

Founded in 1996, Service Experts, which specializes in heating and air conditioning repair and service, and indoor air quality, can be found in many places, such as California, Utah, New Hampshire, and six locations in the Canadian province of Alberta.

“We made Service Experts a very successful business. It was one of the most respected contracting groups in North America, and after I left, it seemed to lose some of that luster,” said Boxer, a 10 percent owner in the company.

“When you leave a business in good shape, you want to maintain that legacy. I believe our success had a lot to do with the terrific people at Service Experts that did a great job when I was here, and I wanted to make sure they had the opportunity to be well respected and successful again.”

American Capital expressed excitement in this new opportunity. “The investment in Service Experts represents a solid opportunity to partner with an industry veteran to strengthen a company with a large installed infrastructure ready for growth,” said Myung Yi, managing director, special situations group, American Capital. “(Boxer) has assembled a highly talented management team with tremendous industry expertise that will be focused on driving value creation.”

Boxer said three potential buyers asked to bring him on as an adviser during the process, but he decided to go with American Capital because of their enhanced operational skills and comprehensive business planning expertise.

During the due-diligence process, he said he was reinvigorated about the business, and that excitement has already been felt at the company’s Dallas headquarters.

“I think it’s very exciting to have someone with Scott’s experience and notability in the industry come in and head this up again,” said Rob Haines, marketing manager. “It’s been an exciting transition where we have somebody who is really involved in helping us structure the company so it meets our needs.”

Boxer’s appointment has been met with enthusiasm from the company’s 108 branches, as well.

“I think having Scott come back into the leadership position has been very well received and most everyone in the field has known Scott or worked with Scott,” said Dave Moody, director of field marketing. “He’s been very visible at our locations, so I think that has been a very positive development as we look at our future.”

The key now for Boxer is returning Service Experts to prominence. He said market studies have shown they can grow the business 6-7 percent per year through organic growth. That number does not account for potential new acquisitions which would be added on top, Boxer said.

“When a private equity firm invests in a company the size of Service Experts, they want to see it grow profitably over a period of time,” Boxer said. “We’re currently going through some restructuring, making the organization leaner, flatter, and more nimble, and as we get everybody rowing in the same direction, then we’ll start looking at (other) opportunities (to expand).”

In addition to becoming a much leaner and efficient organization, Service Experts also will be reevaluating how it does business on the consumer side.

“From a consumer standpoint, I think they’ll see a heavy focus on how we serve them,” Haines said. “We’ll also be looking at all of our service offerings to make sure they’re in the customers’ best interest, and enhancing the service portfolio as needed, so from a business model standpoint we’re offering the best we can.”

On top of that, the company plans to return to many of the co-branded legacy names instead of having all of its branches called Service Experts.

“We’re going to be rolling out that initiative immediately,” Boxer said. “Some of our legacy names go back 40, 50, even 60 years, and we think it’s important to co-brand those with Service Experts in areas where the brand awareness, either unaided or aided, is very high.”

The new, independent Service Experts is going to do everything it can to return to the heights it once held.

“There’s no question, the No. 1 focus is profitable growth,” said Boxer. “We can do a much better job of being intimate with our customers again. We somehow lost focus on what pays our bills and that’s dealing with every single customer in a way they want to continue doing business with us.

“I also really want this organization to feel good about itself again. We have a lot of great people who have spent considerable time in the industry; we can expect this group to feel very good about Service Experts, the company, and the culture.”